Rupal Ramesh Shah is a third-generation Tanzanian who grew up in an ethnically Indian family in the town of Moshi, at the foot of Mount Kilimanjaro. Her family immigrated to the U.S. when she was a teenager. She has degrees in microbiology and public health and serves as Executive Director of Konbit Sante, a public health organization that partners with healthcare facilities in Haiti to provide access to healthcare services.  As a Tanzanian-Indian-American, with a strong work focus in Haiti, Rupal often finds herself living at the intersection of cultures and communities. She enjoys hot cups of spiced chai, listens to Taarab music from Zanzibar, and knows where to buy the best street food in Mirebalais, Haiti. In addition to Amjambo Africa, she writes for street newspapers that advocate for the rights of people who are homeless in Boston, San Francisco, and Seattle. 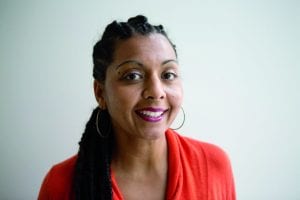 Circa 1900: A few young men from Gujarat, India, migrated to the coast of East Africa in search of better livelihoods. The youngest among them, Kachra Vershi Shah, an orphan, was my grandfather. I have been told that at the time, my grandfather didn’t have many possessions, so the first order of business when they landed was a trip to the local tailor to have his first pair of trousers stitched. Bapuji (Gujarati for grandfather) had very little formal education. However, he did receive oral training and valuable guidance from relatives and people in the community. Eventually, Bapuji built his life in the town of Moshi, at the foot of Mount Kilimanjaro, in Tanzania where he raised his family.

November 17, 1998: My parents, siblings, and I landed in Long Island, New York, with modest possessions. I had turned 16 years of age the previous month. It was an important day in all of our lives. It marked a day of new beginnings. This wasn’t the first time we had come to the United States of America. We also came in 1994, with the hope to live here for good. However, due to many extenuating circumstances, we returned to Tanzania that same year.

This time it was different. We decided to stay for good.

Little did I know at that time where life would take me. Since that moment, a lot of life-altering events have occurred. My parents bought two small businesses in a rural town in South Carolina. Today, they have grown their businesses within the community, including expanding their customer base. My siblings and I completed university in the U.S. and have settled into our various professions of computer science, public health, and biomedical engineering. We have now been living in the U.S. longer than we did in Tanzania.

Just like most new immigrants who first land in the U.S., we worked extremely hard in the early days. We strived to succeed in this country and made use of all the opportunities that came our way. As an immigrant, I have to admit that I have been blessed to avail myself of so many options. Without a doubt, success here has been different than it would have been in my home country of Tanzania.

While my story may seem similar to that of most immigrants, our intergenerational story of migrations is unique. Even though I was born and raised in Tanzania, I am ethnically Indian. I grew up in an Indian home in Moshi, which was closely embedded within the city’s South Asian community. Due to my upbringing and journey of immigration, I often find myself at the intersection of identities. At times I align with my Tanzanian roots, while sometimes I find myself agreeing with my Indian side. And yet, at other times I find that I am tuning into my American side. This often puts me at an advantage to understand broader perspectives. At the same time, I sometimes am challenged when I have to find a middle ground between what’s the right thing to do and what is culturally acceptable.

November 7, 2020: In her recent victory speech, Vice President-Elect Kamala Harris said, “Biden had the audacity to break one of the most substantial barriers and select a woman as his vice president.” She then added, “But while I will be the first woman in this office, I will not be the last.”

Harris’ story, in terms of her professional journey as well as her background of growing up in Jamaican and South Asian cultures, strongly resonated with me. While her entire speech was inspirational, that sentence struck me in a different way. I have thought about it a lot since then.

My professional background has been in microbiology and public health. While I have spent most of my adulthood in the U.S., I have had the chance to work for various periods of time in South Africa, Tanzania, and Haiti. My work in those countries has provided me a different lens with which I view my work in global health.

To elaborate, when most of my well-meaning public health colleagues say things like, “I understand that cannot be done well because it’s Tanzania,” I disagree with them. I don’t agree that excellence can’t be achieved in low-resource settings. It may be difficult, but setting low expectations means we are already judging that the outcome can’t be of a high standard. At the same time, I find myself in a conundrum because I do understand where they are coming from. In countries like Tanzania, structures are often plagued with systemic issues rooted in a lack of engagement from the government, and government is itself at times rife with corruption. Progress is difficult and even audacious in its success.

After everything that the U.S. has faced this year, Harris’ victory still provides much hope and a chance for me to continue to dream. Seeing Harris now in a top leadership position in our country makes me realize that it is, in fact, possible to break the glass ceiling. It reminds me that with determination, tenacity, and clear goals, dreams can come true, including for women of color from immigrant backgrounds.

After all, it is the audacious move that my grandfather once made to set sail toward the coast of Kenya, that set forth his family’s journey. It is the bold move that my parents made to move to the U.S. in pursuit of the American dream that has given me the opportunity to be here today and develop professionally.

My own big career accomplishment came this summer when I accepted a position as the Executive Director of Konbit Sante, a public health organization based in Maine. I accepted the position for many reasons, primary among them being that, instead of providing recommendations for improvement in public health, I would be the one to actually implement those recommendations.

With the new challenge of leading a public health organization, I am looking forward to continuing the legacy of making bold, fearless, and courageous life decisions, such as the ones my ancestors made.