by Kathreen Harrison
Warsan Shire: No one leaves home unless home is the mouth of a shark 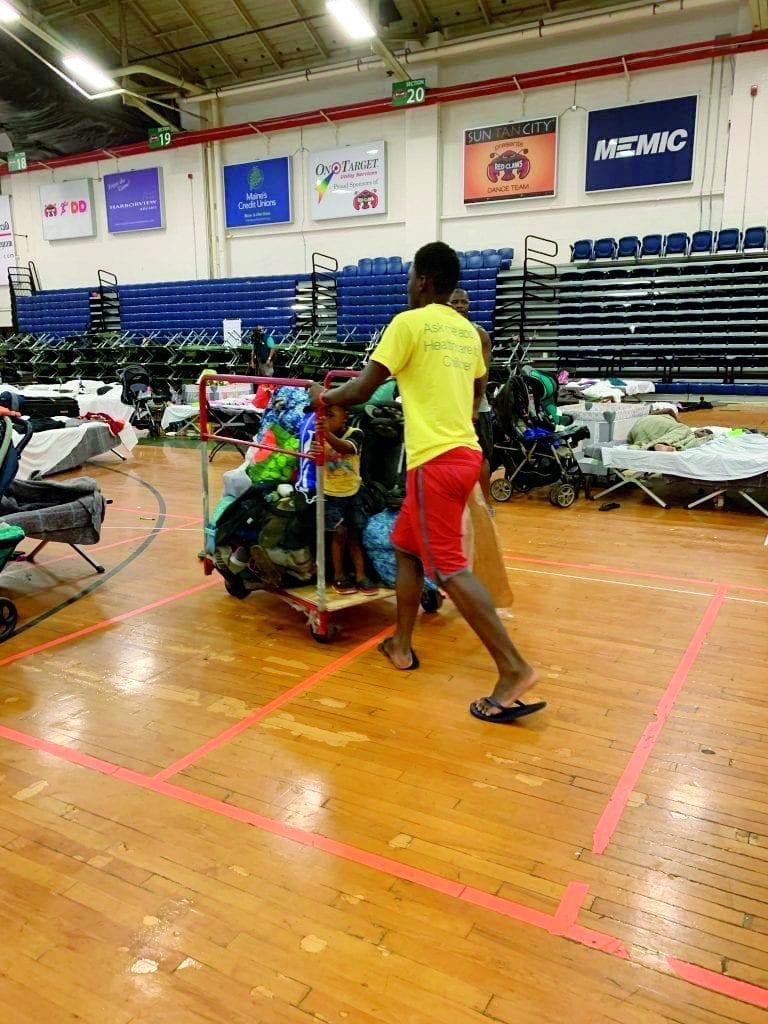 Moving out of the Expo Photo | KGH 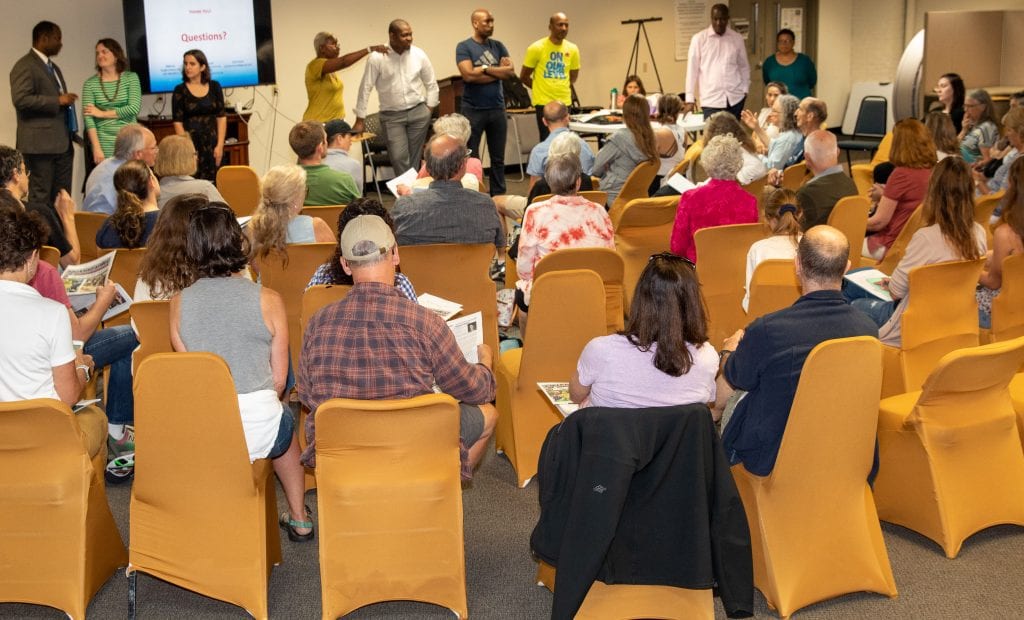 To someone from the Congo, if you lay an open hand on top of a fist, the gesture means “You’re talking too much.” If you call someone over by beckoning with your index finger, the gesture is an insult. These were some of the tips shared with those who attended the cultural training and information session held at Gateway Community Services in Portland on Saturday, August 10.
The two-hour session was led by Family Promise of Greater Portland, Catholic Charities Refugee and Immigration Services, and Yarmouth Housing Initiative, and was designed to help prepare host families who have welcomed – or are thinking of welcoming – asylum seekers into their homes.
With the date for final move-out from the Expo Building set as Thursday, August 15 due to contractual obligations, the Expo was closed to new arrivals by August 10. Any new families that arrived in Portland after that date were referred to the Family Shelter. According to Jessica Grondin, Director of Communications for the City of Portland, as of August 12 the Family Shelter was full, so any asylum seekers not placed in other housing by August 15 were moved to the overflow shelter.
Much of Maine suffers from an affordable housing shortage, and the presenters at the cultural and information training explained that many homeless people in the Greater Portland area without shelter sleep at night in the overflow shelter, because the Portland Family Shelter has been unable to accommodate all those in need for the last four years. However, the overflow shelter is only available at night, and sleeping arrangements are a mat on the floor of the Salvation Army –difficult circumstances for anyone, let alone for a family with young children.
Dana Totman, President at Avesta Housing, has emphasized that finding long-term housing solutions for these recent asylum seekers is challenging. “We already have over 2000 people on a waitlist for housing. If it was easy to find housing in neighboring cities we wouldn’t have 2000 people on our list. This situation shines a light on the affordable housing crisis that exists in Maine.”
Mainers from all over the state have answered the call to provide safe, temporary shelter for the asylum-seeking families by opening their homes. From Kennebunkport to Fort Kent, families have stepped forward. The list of towns involved at this time includes: Arrowsic, Auburn, Avon, Bingham, Blue Hill, Brunswick, Cape Elizabeth, Cape Neddick, China, Cumberland Foreside, Falmouth, Fort Kent, Freeport, Gardiner, Gorham, Gray, Hallowell, Holden, Kennebunkport, Lincolnville, New Harbor, North Yarmouth, Portland, Pownal, Saco, Scarborough, Sedgwick, South China, South Portland, Westbrook, and Yarmouth.
When Kristina Egan, Executive Director of Greater Portland Council of Governments (GPCOG), was alerted that there was a wave of asylum seekers arriving in Maine this summer, she gladly convened a coalition of faith-based and secular organizations, with the goal of figuring out a temporary housing solution for the gap between when the Expo needed to be closed, and summer housing stock opened up. The coalition created the host family program. Immigrant leaders were involved in the coalition from the start, and these leaders recommended that if a host family program was to be successful, cultural training on both sides would be needed. Saturday’s session was the first cultural training geared to host families. The asylum seekers began receiving cultural training while still living in the Expo Building.
Those in attendance at the training asked questions throughout the presentation, clearly wanting to learn all they could in order to welcome their guests appropriately. Topics ranged from pets, to transportation, to food preparation, to communication strategies, to parenting styles. The age range of the approximately 80 attendees ranged from children to the elderly. Cultural brokers (essentially go-betweens) from the immigrant community, whose job is to bridge cultures – and who know first-hand what it is like to make one’s way in a new country – helped prepare those in attendance for their role as hosts.
Although initially the effort to find host families focused on the metropolitan areas, in the end, some asylum seekers have been placed in homes further afield – some in rural areas. Mr. Ly pointed out that their guests’ association with the natural world may be very different than those of Mainers. In Africa, forests house animals who can pose a threat to humans. Also, during the journey to the United States, the migrants may have had to traverse the Amazon, or other jungles, on foot. Therefore, newcomers might need take time to be reassured that our rural areas are safe. 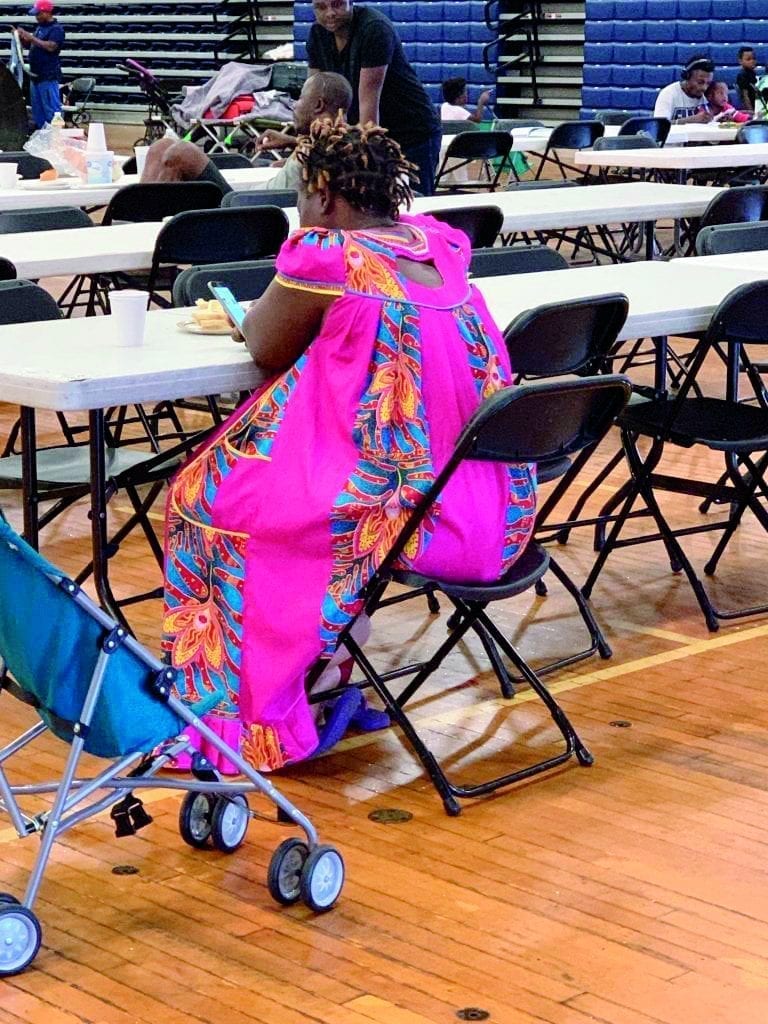 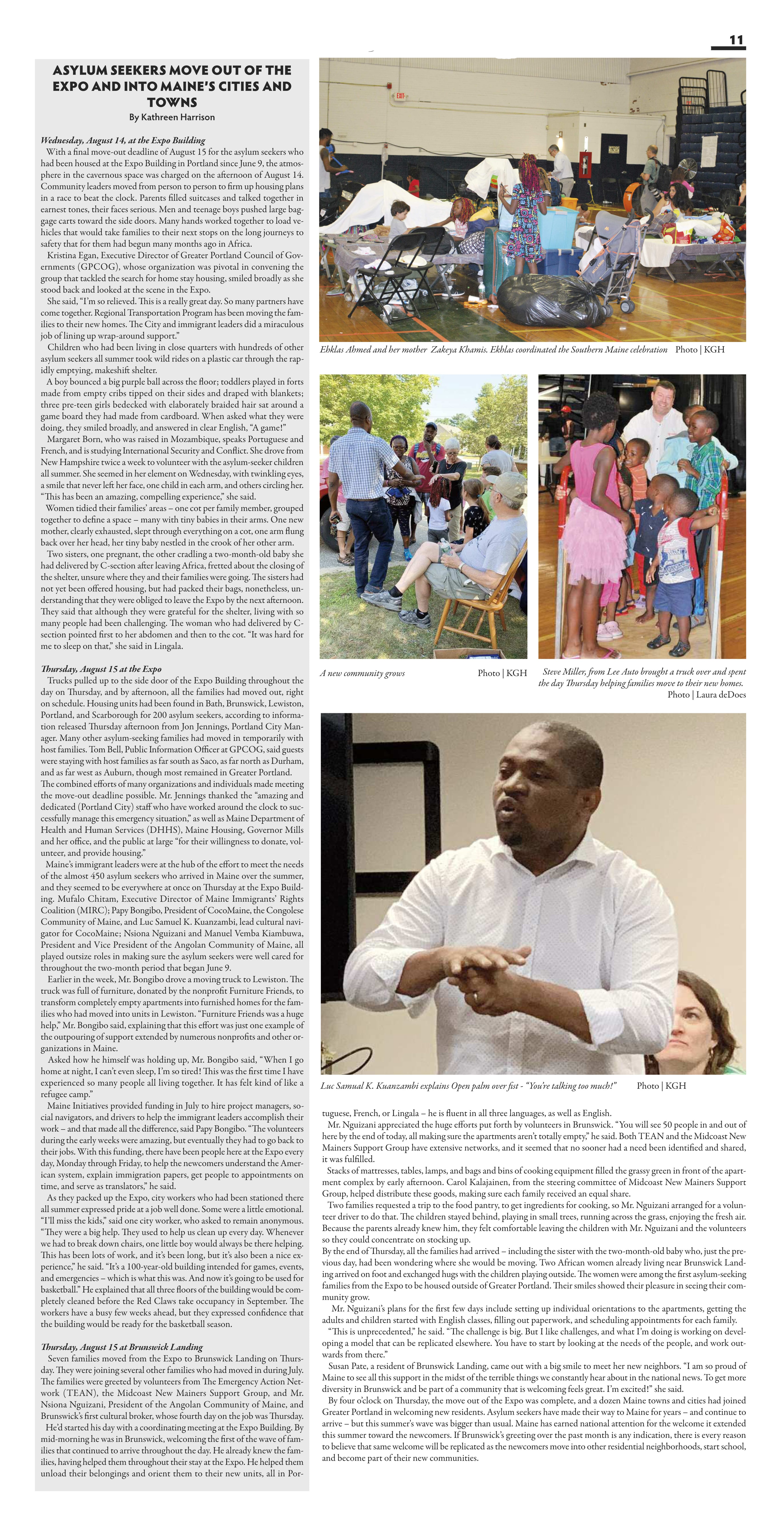