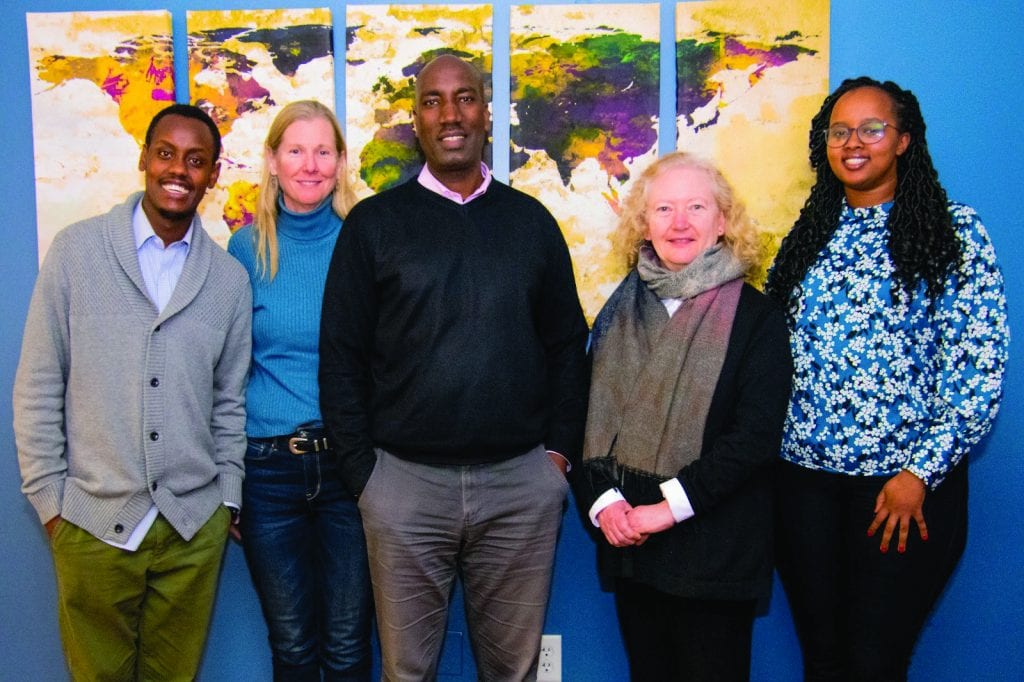 Born and raised in Burundi, Brice Ndayisenga first set foot in the United States when he went to Morehouse College in Atlanta, Georgia, on an academic scholarship in 2012. Morehouse College is one of about 100 Historically Black Colleges and Universities (HBCUs) in the U.S.

Only a few students from his high school received the opportunity to attend college in the U.S., and he traveled to Atlanta alone. His first semester was anything but easy. In addition to being far from home for the first time, he needed to adjust to a new language and culture. But he persevered. Eight years and a college degree later, Ndayisenga is now employed as a loan officer at cPort Credit Union and lives with his brother in Portland. Best of all, Ndayisenga feels at home.

Three years after he arrived in the U.S., violent political and ethnic conflict broke out in Burundi, which prevented him from returning home to visit after he graduated. Meanwhile, Ndayisenga’s brother and only sibling had fled the violence and found safety in Maine. After graduation, Ndayisenga moved from Georgia to Maine and reunited with his brother, who had enrolled in school.

During Ndayisenga’s first semester, on top of being far from home, he needed to adjust to many things. The first dilemma was language. French and Kirundi are the main languages in Burundi, and Ndayisenga had a minimal understanding of English before arriving in the U.S. Being immersed in English provided him with both a struggle and an opportunity to grow. “When I came here, it was very challenging to speak and listen,” Ndayisenga said. Not only did he have to learn English but also had to learn to understand slang. Even communicating with his roommate was difficult during his first semester.
Ndayisenga said the biggest struggle he faced was getting used to the new culture. Several social behaviors that are normal in Burundi are considered rude or impolite in the U.S. “Calling somebody fat back home is a compliment! I got in trouble for that,” Ndayisenga laughed.

American culture is more individualistic than Burundian culture, which Ndayisenga described as community- and family-centered. “Personal space and privacy were concepts that were completely new to me,” he said. Back home, he was accustomed to people being very open and trusting of one another. “It literally takes a village to raise a child,” Ndayisenga said, explaining that in Burundi, there is no such thing as day care. Instead, friends watch each other’s children while the parents are working. Decisions often are made as a family and as a community, instead of with the individualistic mentality of the U.S. Here, he noticed, everyone is protective of their own belongings and space, which contrasts with his previous life.
Another difference between American and Burundi culture, Ndayisenga noticed, is the way people dress. “Back home, there was a way teenagers dressed, a way young adults dressed, and a way that people about 50 would dress,” Ndayisenga said. “You would never see someone who is 60 wearing jeans and sneakers. They would always be dressed up.” Also, in Burundi, males and females have very different ways of dressing, whereas in the U.S., that is not always the case. Burundi is a conservative country, and the style of dress reflects that mentality; Ndayisenga was shocked by the way people dress in the U.S., especially during summer.

By the end of his first semester, Ndayisenga felt comfortable enough to make his way around and had found friends. “It was relatively easy for me to adapt because I’m very extroverted and a social, outgoing person,” he said. People around him were kind and understanding, which helped.

He was happy to move to Maine and reunite with his brother. So far, Ndayisenga has enjoyed his time here. “In Portland, people are friendly. It is very community-based and the people are connected, much like in Burundi. It is very welcoming and understanding, and there are free English language programs and adult education classes that help immigrants adapt.”
Additionally, Maine has a large Burundi population, and Ndayisenga was excited to find Burundian restaurants, grocery stores, and many events and parties. “I don’t miss our food as much, or our parties, or Burundian people, like I did back in Atlanta,” Ndayisenga said. “I still feel at home, in a way, even though we are not home.”

Ndayisenga is invested in his new community. He is on the board of a nonprofit called Learning Works, where he started as a volunteer English teacher for second language learners. He now helps with their programs and with raising awareness in the community about what Learning Works offers. He is also on the board of Welcoming the Stranger, an organization that recruits mentors and matches them with newcomer mentees. The mentors help their mentees navigate everyday life in Maine, Ndayisenga explained. And last but not least, he is on the board of Ladder to the Moon Network, which is the nonprofit “parent” of Amjambo Africa.

He is interested in pursuing either an MBA in finance or a master’s degree in financial economics, and worries that might take him out of state again. He says he would be sad to leave Maine. “I feel like I am so rooted in Maine, and I am so engaged and active in the community, that it would be very sad to leave. Maine has become home to me.”