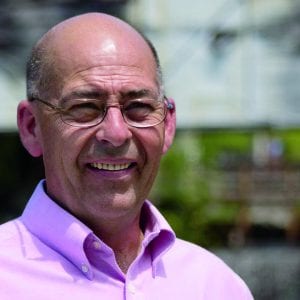 Three weeks after George Floyd was murdered in Minneapolis in May 2020, Lewiston City Council passed a resolution, introduced by Councilor Safiya Khalid, declaring that Black Lives Matter, condemning any police use of excessive force and racial profiling, committing the city to anti-bias and de-escalation training, and establishing a committee to hear complaints and suggest improvements. By December, the Mayoral Ad Hoc Committee on Equity and Diversity had worked for five months and concluded its initial recommendation process that incorporated a wide range of ideas for city government policies and procedures, hiring practices, and training. The committee was scheduled to present its recommendations to the city council by late January.

“Watching the process play out, the BLM movement, I really quickly recognized that it’s time for every community in our nation to take a look inward,” Lewiston Mayor Mark Cayer said about creating the committee. “Some members within our Black and brown community did have some concerns that there may be biases happening. It really was a time for the city of Lewiston to step up, look inward, and do it even better, if we have an opportunity to do it better.” In July, he issued a mayoral order establishing the committee.

Typically, the mayor leads a mayoral ad hoc committee but Cayer approached Ayesha Hall to be chair, with him as co-chair, because of Hall’s expertise in equity and diversity. She is the Social Emotional Learning and Equity Resource Coordinator for Lewiston Public Schools. Cayer, Hall, and Khalid reached out to people across the community to ask them to be part of what they were trying to accomplish.

“We wanted it to be a well-rounded representation of our community, but also wanted to make sure we had folks on that committee who were already involved in the work of equity, diversity, and inclusion,” said Hall. “I feel like we have great representation.” The committee included city councilors, new and lifelong residents, and people working in real estate, the library, the school district, the police force, and other fields, all selected with the goal of equal representation across multiple identities and intersectionalities. 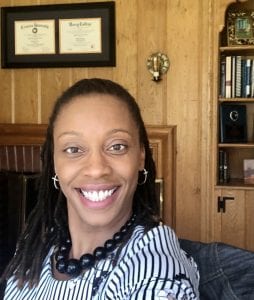 As in South Portland (see Amjambo Africa, January 2021), including police representation was important in forming the Lewiston committee. Cayer, a former police officer himself, said, “I think it’s really quick and easy to target the police to increase their training, do better in hiring, and I agree with all of it, but it just didn’t make sense to me that we just target one department.” The organizers agreed that the effort needed to include a citywide look at the primary areas of hiring practices, policies, and training. From the start of the process, said Cayer, his attitude was, “Let’s be reasonable in our approach and look inward. Even if we’re doing things right, are there ways we could do it better?”

When Cayer first announced formation of the committee in July, it was expected to wrap up by the end of September. But after the first or second gathering, said Ayesha Hall, they knew the work would take longer than that. They didn’t want to rush through it, “not just nod our heads and smile, without getting to the relational piece. I knew we would have to get past the gigantic, technical feel of the process. We had to build those relationships of how we work together as a committee.”

Just the training for the committee took more than two meetings, some of which included presentations that generated a need to digest what they had heard and then come back with questions. Hall praised the presentation by Lewiston Police Chief Brian O’Malley. “It was so thorough. He gave us exactly what we needed. We didn’t want to skirt over the emotion and not really dig in.” With so much national news about diversity and equity, Hall said, “I wanted to make sure we were looking at what Lewiston was dealing with. How does racism manifest in Lewiston?” That idea informed her emphasis on needing diverse perspectives on the committee so that the recommendations it put forth also would incorporate a variety of views.

The next task was reading through the policies and procedures guides, and breaking them down into manageable pieces for the all-volunteer committee. Sometimes they divided into groups, who further subdivided the work and presented summaries at the next meeting. At the committee’s final meeting in December, they discussed the recommendations they would present to the city council. First on the list is the addition of a new employee within the human resources department who will focus on equity and diversity throughout city departments. “This person will help us put in place some of the committee’s recommendations,” said Cayer. Approval needs to go through the budgeting process, but it’s “going to be a priority for many of the city councilors.” The committee realized that strengthening the human resources focus would help every other individual department strengthen its policies as well. Councilor Khalid pointed to this new position as one of the most important accomplishments of the ad-hoc committee. “I will definitely advocate for this position to be a good paying position, as well as a BIPOC person,” she said. The city budget process will take place during March and April. The committee goal is for city employees to reflect more diversified backgrounds, nationalities, and languages. “I want the city employees to look like the community,” said Khalid, a sentiment echoed by Hall and Cayer. Such a change would signal to community members that city employees understand their perspectives by speaking different languages, knowing important cultural ideas, and having had similar lived experiences.

The new employee will monitor citywide practices and issue annual reports, helping the city to identify and proactively address potential problems. “A great deal will fall on that [human resources] position to bring forth policy changes, or hiring practice or training changes,” Cayer said. “Once that person takes that position and really looks at the training, they’re going to have suggestions.”

Other recommendations include increasing community engagement through the police department and through opportunities for public dialogue and conversations; improving services for vulnerable populations; and working with the already-established City Spirit Council, a collaborative city-community effort addressing social justice and equity. All of these are designed “for us to continue to look at our policies and rules to see what we can change about them, so that we can better serve the community through an equitable, racial lens,” said Khalid.
Ayesha Hall pointed to the most vulnerable people in the community. “Those are the people that you make sure you take care of, and all of the other things will get to the rest of the community,” such as mental health services and police. “We talk about intersectionalities of people of color and mental health.” She said implicit bias impacts unconscious ways of doing things and plays a part in decision making, what recommendations are offered, and what is deemed important. She has seen this play out during her years of experience. “My background is in school psychology, mental health, and working in communities. That work is always there. I don’t think it ever stops,” she said. “Most of the time there wasn’t a box for what I did. This is the first time I’ve had an equity resource coordinator title, but the work I have been doing has been in education, schools, and public services.”
With this perspective, she wanted to be sure the committee is “setting the recommendation up for success when we do present it to our council. We can recommend whatever we want, but we want to make sure they’re solid and have potential for success.”
During the committee’s work, Mayor Cayer heard from only a few people who did not believe the committee was needed. “What I did hear from great numbers in our community was very supportive of the work that’s being done, very appreciative. The majority of our community were very happy with the way Lewiston was doing this.”

Hall praised the committee members and everyone who participated in the process to this point. “Our city has been amazing. Of course, [the committee is] working for the community. They have just been amazing, bring great perspectives, are open to suggestions, and are honest about where we are as a city without work on diversity, equity, and inclusion. This has been a pleasure.” The organizers also praised city staff, especially the team of City Administrator Denis D’Auteuil, Deputy City Administrator Dale Doughty, and Community Relations Coordinator Dottie Perham-Whittier for their administrative work aiding the committee.

On a personal note, Cayer said the committee work wasn’t easy. “This was a really learning process for me. I’ve always said I judge people by the person, not the color of the skin. That’s so easy for a white guy to say.” He always understood that he had biases, but he’d never realized their impact. “I think it helped me better understand how people of color feel and what the struggles are that they deal with, on a day-to-day basis, with racism. It made me realize that there are some people in our community that say and do terrible things. It also reaffirmed for me that the great majority of our community just want to live as neighbors.” He remains a firm believer in giving people the opportunity to be part of the solution, and knows that “the work of the ad hoc committee will not be the cure for racism or bias. But as a community, we can all stand proud that the compass continues to point in the right direction and that we’ve only strengthened, rather than weakened, that with this committee’s work.”

Hall liked using Zoom for the meetings because the format “takes away from the systematic oppression that we’re trying to overcome. It helps, feeling like we’re all in the same squares.” The uniformity of the grid helped make the playing field more even, which really does matter, she said, unlike walking into a more traditional setting. Before leading each meeting, she said she was “always excited, always nervous. This is the first time the city’s done work like this, in this capacity. I always go with the sense of jitters. And at the end, I’m excited. I have a sense of urgency about the work we’re doing.”

The Mayoral Ad Hoc Committee on Equity and Diversity was scheduled to present its recommendations to a Lewiston City Council workshop on January 26, after press time.