Learning how at the “can we? Project 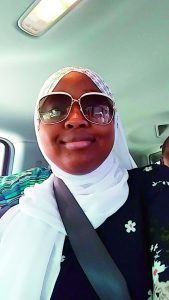 So…I went to my first sleep away camp. It was amazing! The three-day camp was associated with the “Can We?” Project, sponsored by Waynflete School in partnership with the Maine Heritage Policy Center and six regional public schools including Portland, Deering, Westbrook, Cape Elizabeth, Poland and Lake Region.  The “Can We?” Project mission is the exchange of meaningful conversation within a polarized political climate.

Twenty of us from Maine, Chicago, and Washington, D.C., gathered to talk and then make presentations. We learned skills such as how to wait for people to actually finish talking before responding.

On Day Two, I realized that the kid I had eaten lunch with had a completely different set of views about dealing with the wealth gap in this country. Then, when we got to gun control and immigration, we were one step away from chaos. We kept having to stop for breaks. That’s when I realized why the organizers had picked who we ate or bunked with – so that when we got to the point that all of us were angry, we would be able to see each other as people. These were people that I had played UNO with, after all, and that made all the difference!

Two failings plague our current political climate: we don’t listen to one another, and we don’t look for ways to compromise. The “Can We?” Project helped me hone these skills. By arranging us in small groups and forcing us to talk one at a time, we were able to understand where others in the group were coming from.

Being a part of this program was amazing, and I believe others should have a similar experience. Maybe then it would be easier to address the problems plaguing this country.