Boko Haram was formed in Maiduguri in 2002 by Mohamed Yusuf, originally from Nigeria, with the aim of demanding the widespread application of Sharia law. The group initially carried out a series of attacks in the states of Bauchi, Borno, Kano, and Yobe. “Boko Haram” means “Western education is a sin.” Since 2002, the group has been sowing terror, ravaging lives, and destroying the economic well-being and health of the populations of the countries of the Lake Chad Basin, including Chad, Cameroon, Niger, and Nigeria. People living in these countries that border Lake Chad have suffered losses of both property and family members as a result of the Boko Haram attacks. The population lives in a constant state of panic because no one ever knows when members of the sect might appear. Who is Boko Haram, and where does it come from? How did it arrive in Chad, and more specifically at Lake Chad? What have been its actions in the countries of the Lake Chad basin? Here are the answers. 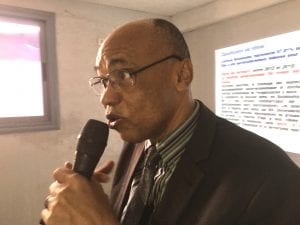 Boko Haram attacks on the Lake Chad Basin
Organized into small groups of fighters equipped with guns and knives, often riding on unmarked motorcycles, the Islamist sect Boko Haram, operating under its commander Mohamed Yusuf, launched an insurrection in 2009 in Nigeria, against the Nigerian loyalist army. There its leader, the preacher Mohamed Yusuf, who was considered the organization’s spiritual guide, died. Conflict spread. And since 2015, the countries of the Lake Chad Basin have been under the grip of the terrorist group, which continues to carry out attacks and suicide bombings in different communities without signs of tiring.

From Niger to Chad, through Nigeria and Cameroon, Boko Haram has killed an estimated 14,000 people since 2009, and from 2019 to 2020, the security situation worsened with an increase in attacks attributed to Boko Haram. Theft of cattle, kidnapping of children and women, and killing of men have become the sport of these armed men who have made attack after attack, resulting in the death of numerous civilians.
According to local sources, Boko Haram fighters withdrew before security forces arrived. On May 22, 2019, a Boko Haram attack killed three people not far from Chukutalia, about 30 kilometers northwest of Baga Sola, also in the Lake Region, and they abducted women and children. On June 21, 2019, eight people were killed in an ambush by Boko Haram fighters in Ngouboua, Baga Sola sub-prefecture. Killed were seven Chadian soldiers and the guard of a local traditional chief. Among the soldiers killed were a colonel from the gendarmerie and another from the nomadic guard. On December 25, 2019, three Chadian soldiers were wounded in an attack by alleged Boko Haram fighters in Kaiga Ngouboua, 75 kilometers from Bol, the capital of the Lake Province.

Following these attacks, Boko Haram continued to cause unhappiness in the Lake Chad region in 2020, resulting in more civilian and military casualties. In March, elements of the Boko Haram sect inflicted a serious setback on the Chadian army operating in Lake Chad. Ninety-two Chadian soldiers were killed in an attack in Boma, a vast area of 25,000 square kilometers bordering Nigeria, Niger, and Cameroon. Another 47 were wounded, and heavy weapons and ammunition were stolen. This attack enraged the Chadian authorities, who called for an emergency raid known as Operation Wrath of Mboma. For 10 days, Chadian soldiers carried out the major operation and more than 1,000 Boko Haram fighters were killed. In his statement, Chadian President Idriss Deby Itno asserted that the continued presence of Boko Haram in the region was due to a lack of coordination and strategic planning on the part of the Joint Multinational Force. Two more clashes between the Chadian army and Boko Haram took place September 17, 2020, in Barkalam, in the Lake Region near the Nigerian border. The army killed 15 terrorists, destroyed three speedboats, and recovered some weapons. Twelve civilian hostages. including three women, two girls, and seven children were released. 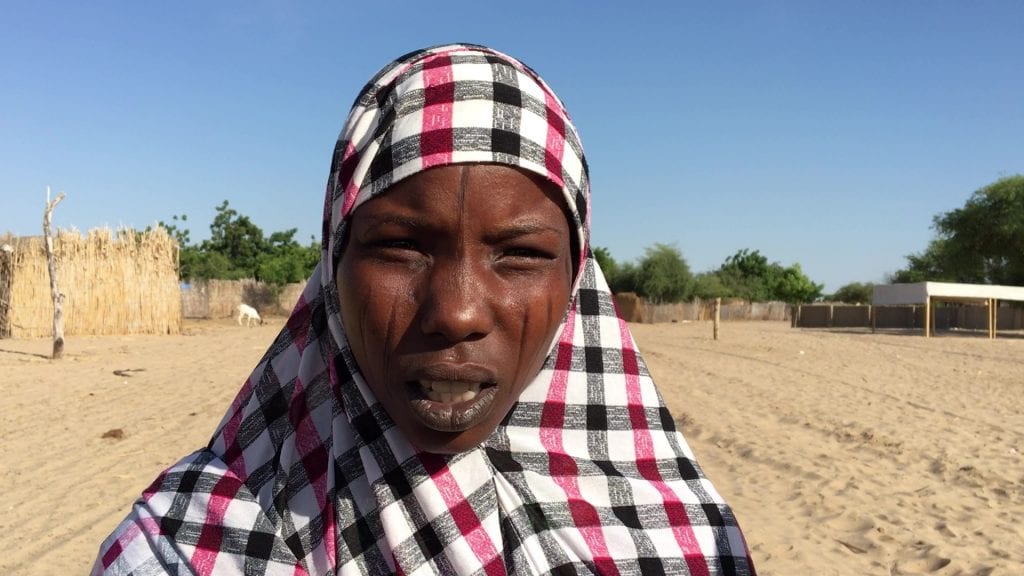 Boko Haram attacks on Chad’s neighbors
In Niger, 14 Nigerien soldiers were killed and one disappeared in an attack by heavily armed individuals in the Tillabéri region of western Niger on December 26, 2019. According to Niger’s Minister of the Interior, intense fighting broke out May 3 between the Nigerien army and members of Boko Haram around the Doutchi Bridge that links Niger to Nigeria, about 10 kilometers south of Diffa. Two Nigerien soldiers were killed; the assailants stole vehicles and stockpiles of arms. Another attack occurred on May 9 in the region of Diffa where gunfire exchanges took place between the two camps. On May 11, 25 terrorists were killed south of Diffa. On May 18-19, 12 Nigerien soldiers were killed and 10 others wounded in an attack by Boko Haram on a military reconnaissance post 36 kilometers northeast of N’guigmi, in the Diffa region of Niger.

Nigeria is another center of Boko Haram fighters. Four employees of the NGO Action Against Hunger were killed in northeastern Nigeria on

December 13, 2019. On December 22, six Nigerian soldiers were killed in an ambush by alleged members of the Boko Haram group in a village located 22 kilometers from the Borno State capital Maiduguri. Cameroon has not been spared either. An attack took place on February 3 and 4, 2020, in Mozogo, in the far north, killing two civilians. In April, the jihadist group killed seven Cameroonian soldiers in an attack that caused the explosion of a mine when a military vehicle passed by. In the same month, a dozen civilians died in an attack in Tchakamari in the far north of Cameroon.

Why was Boko Haram created? Who are the members? Who arms them?
According to Baniara Yoyanaan, an expert in violent extremism, and co-author of a book on human rights, the fall of Colonel Muammar Gaddafi of Libya in 2011 was a major catalyst for the growth of Boko Haram and other terrorist organizations in the Sahel region. Without Colonel Gaddafi’s control over his extensive weapons stockpile, arms flowed freely into terrorist hands. Boko Haram made the Lake Chad region their sanctuary, and attacks on civilians started.

Mohammed Yusuf, the spiritual guide of Boko Haram, was killed in July 2009 by the Nigerian army, which had come to dislodge the Islamists in Maiduguri. Yusuf was a preacher and a charismatic religious leader, originally from Maiduguri. During his lifetime, he maintained links with the Izala sect, another radical Islamic sect that also had roots in southern Niger, in the region of Diffa. Under his 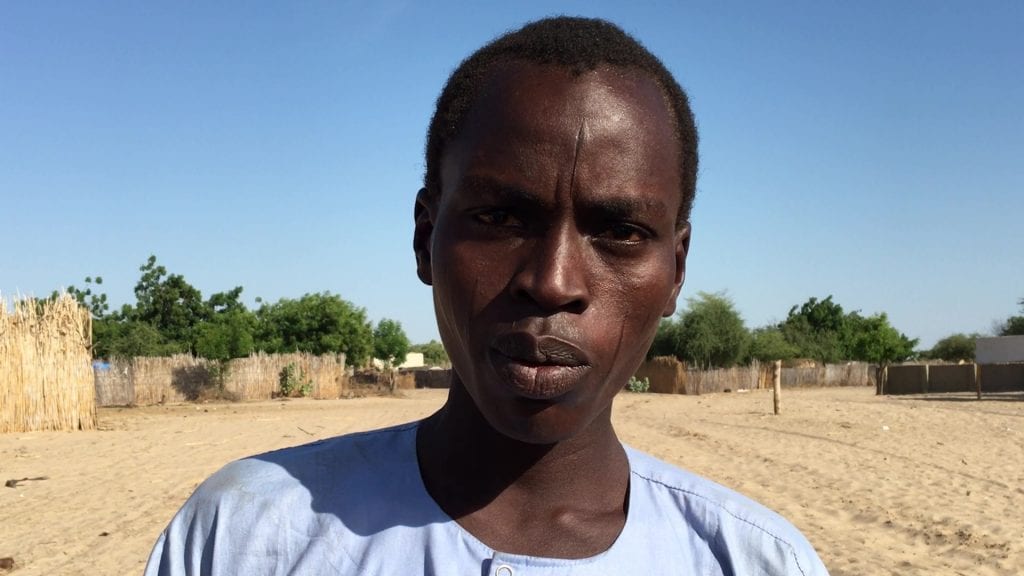 leadership, Boko Haram has been enforcing Sharia law in the regions they control since the 2000s.

Boko Haram is composed mainly of people in difficult economic straits – those who have difficulty finding work, farmers, people without hope – who have found in the speeches of Mohammed Yusuf, and his successor Aboubakar Chekau, a message that gives them a taste of hope. In the beginning, Boko Haram was very small and did not draw membership from social groups with better resources, but gradually some local leaders signed on who had issues with the federal government, viewing the group as a way to fight the corrupt political elite.

Impacts of Boko Haram on communities in the Lake Chad Basin
According to experts, the members of Boko Haram use small dugout canoes without motors, commonly called “téké téké.” They disguise themselves as traders, breeders, beggars, or fishermen, and are hard to identify. Research conducted in the Sahel by the Institute for Security Studies has shown that the strategy of violent extremist groups is to exploit local conflicts in order to gain a foothold in communities. And the strategy has worked. Civilians live in a state of fear, businesses are crippled, herders and farmers in the region can no longer go from one country to another to sell their products because of safety, and the result is that the economy of the entire region has been leveled.

Testimony of Boko Haram survivors
So far, 1,337 Boko Haram fighters have surrendered to the Chadian authorities. Some came from Nigeria; others came from the Lake Chad islands where they fought alongside the jihadist sect, some willingly, others because they were forced. This is the case of Abdou, 30 years old, with a scarred face, who says he was forcibly integrated into the sect for 3 years. “When Boko-Haram attacked the Lake, their men were killing us. I saw many men and women die before my eyes, some were cut. With my family, we fled, but I was arrested and brought with them by force to join the group of Mahamat Nour, another chief of Boko Haram. When he and his men entered my village, most of the people who refused to join them had their throats cut before our eyes. Faced with this deluge of blood, the members who had just slit the people’s throats forced us to look at this blood and then asked us whether we would leave with them or remain to suffer the same fate. I was forced to join them to save my life. And then we went into the bush. They trained us only to slit throats and other ways of killing. If you tried to flee and were caught, you were killed. Now that I’m here, I don’t want to go back.” 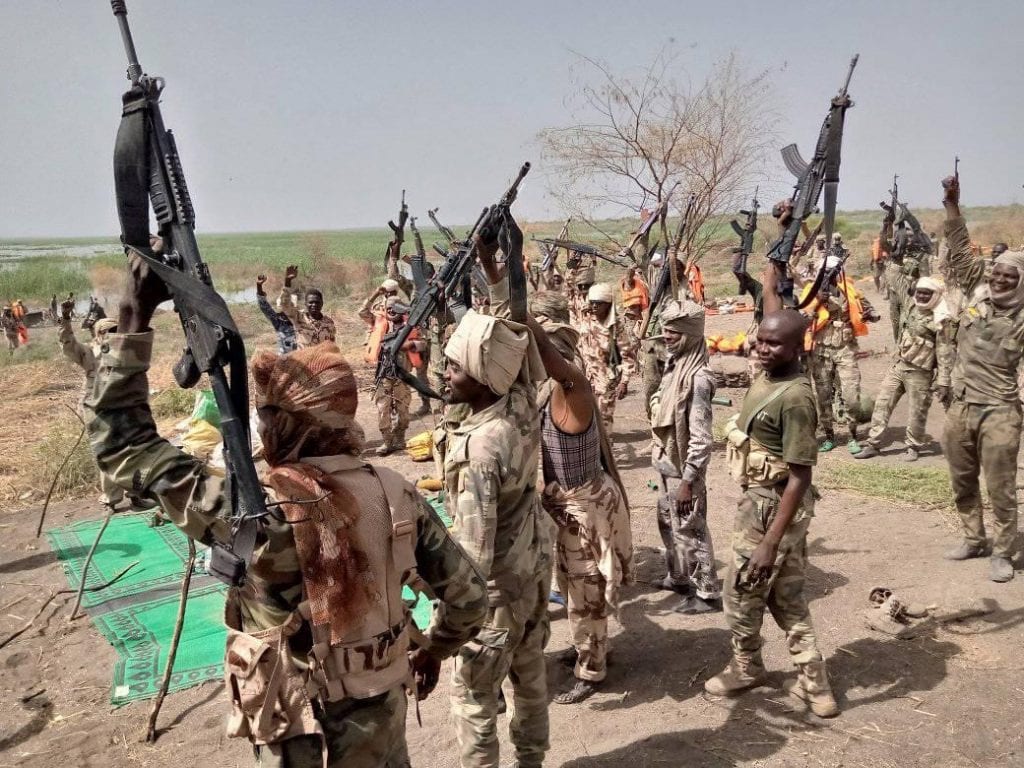 Boko Haram conscripts women as well as men, and forces them to engage in terrorist activities. A woman we will call Falmata for security reasons spoke with us about her experience. She came from Nigeria and says she no longer wants to work with the Boko Haram fighters. Instead, she wants to engage in income-generating activities to support her children. “We were there with the Boko Haram fighters. Some women took up arms and went to the warfield behind the men, who executed in cold blood those who refused to follow the ideology of Boko Haram. I took care of the wounded and those who needed help. My husband and I were forced to join but he died in the fighting. He left me with two children. They decided to give me to another man. And that’s when I managed to escape. Now that I’m here, I don’t want to go back with the fighters of Boko Haram.”

These two ex-combatants from Boko Haram were first installed in a camp in Baga Sola, before being brought to Yakoua with other displaced persons. Some people were reunited with relatives there, but no one identified themselves as family members of Falmata and Abdou. Poverty pushed many to return to Boko Haram.

In a recent report on Boko Haram in Lake Chad, published by the Center for Development and Prevention of Extremism (CEDPE), 4142 individuals have cut ties with Boko Haram and have laid down their weapons in the hopes of regaining a normal life. According to Dr. Ahmat Yacoub, president of the CEDPE, 2544 of these individuals are registered by the Center. The report notes that 54% are women, and states that women’s roles in Boko Haram are two-fold: study of the Qur’an and sexual relations with the men. The report highlights the very difficult living conditions of the people in the region, and suggests that a driving force for Boko Haram membership is poverty. The CEDPE says 46% of the ex-fighters are married, and 75% had no sympathy with the ideology of Boko Haram, but were forced to join the movement.

Amjambo Africa is pleased to announce that our expanding newsroom now includes correspondents in Africa. This article was contributed by photojournalist Vincent Kende Niebede, who lives in Tchad, freelances with the BBC, and writes in French.  Jean Damascene Hakuzimana is our Africa News Editor. To read the article in French click on ‘français’ in the sidebar.