Biden-Harris victory promises a new day in the U.S.

After a long week of ballot counting, and despite repeated attempts by the sitting president to discredit the U.S. election process and hang onto power, Joe Biden delivered his victory speech on November 7 and will take office as 46th President of the United States on January 20. His campaign site promises ‘A Presidency for all Americans.’ 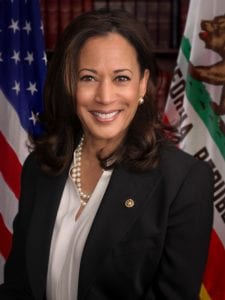 Biden promises to be a radically different president than the current occupant of the White House on key issues that will affect life in the U.S., including immigration and systemic racism.

“You’ve always had my back, and I’ll have yours,” President-elect Joe Biden told the Black and African American community during his victory speech November 7. The speech also included a pledge to continue “… the battle to achieve racial justice and root out systemic racism.”

Biden was a co-sponsor of the 1980 Refugee Act, which created The Federal Refugee Resettlement Program, and has a radically different view on immigration than the current occupant of the White House. He considers welcoming refugees to the United States to be an expression of essential values held by the nation.

On Day 1 of his presidency, Biden has said he plans to overturn the Muslim ban. He supports raising the refugee admissions target from the historic low of 15K set by the current administration for FY2021 to at least 125,000 refugees a year. He intends to carve a path for citizenship for over 11 million undocumented people.

According to the Washington Post, Black Americans turned out in record numbers for Biden, and 87% of Black Americans voted for the Biden-Harris ticket. Among non-white voters, 66% of LatinX voters and 63% of Asian American voters cast ballots for the democratic ticket. Black women spoke almost as one voice, with 91% of their votes going to Biden-Harris.

Harris’ victory is historic, and represents a new era of leadership in the United States. A first-generation American, she is the child of Jamaican and Indian immigrants. In addition, her election takes place 100 years after the 1920 passage of the 19th amendment, which first gave women the right to vote in the United States after years of advocacy and struggle by women.

During her victory speech on November 7, Harris spoke about her mother, and about the role of women in the U.S. generally. “When she (Harris’ mother) came here from India at the age of 19, she maybe didn’t quite imagine this moment. But she believed so deeply in an America where a moment like this is possible. And so, I’m thinking about her and about the generations of women — Black women, Asian, White, Latina, Native American women who throughout our nation’s history have paved the way for this moment tonight. Women who fought and sacrificed so much for equality, liberty and justice for all, including the Black women, who are often, too often overlooked, but so often prove that they are the backbone of our democracy.”

Harris also talked about the key role of grass roots organizing and get-out-the-vote efforts. “For four years, you marched and organized for equality and justice, for our lives, and for our planet. And then, you voted. And you delivered a clear message. You chose hope and unity, decency, science and, yes, truth.”

National and international election observers have watched the election process and ballot counting carefully, in order to make sure the process met international standards for a fair election. The popular vote – individual ballots cast by individual citizens – already numbers approximately 4,000,000 more votes for Biden-Harrison than for the sitting president and vice-president, and that total promises to grow as final votes are tallied.