Is Maine moving too slowly in addressing high COVID-19 infection rate among people of color?

At a time when protests against racism are roiling cities and towns across the nation, data from the Maine Center for Disease Control (CDC) continues to show that black and brown people in Maine are getting sick from COVID-19 at a startlingly higher rate than white people, underlining the mortal risks associated with being black or brown in this country.

According to the Maine CDC’s most recent data, released June 15, of the total number of infected cases in Maine for whom race is known, 26.42%  are among black people. This means that more than one in four people who have COVID-19 in Maine is black. And this in a state where only 1.6% of Mainers – or one in sixty – is black.

The rate for people of color is even more out of proportion, with 31.37% of the total infections, or almost one in three, among people of color. The Racial Data Dashboard of the COVID Tracking project https://covidtracking.com/race/dashboard has flagged Maine because our ‘case or death proportion [is] suggestive of racial/ethnic disparity.’

“Maine’s stunning racial disparity in test rates is one of the largest in the nation, according to data compiled by the COVID tracking project from those states and territories reporting the race of those who have tested positive. Vermont, South Dakota, and Maine are the only states where the disparity between white and Black residents is near or greater than 20 times. The next-largest disparity occurs in Minnesota, where Black residents are eight times as likely to contract COVID-19 as white Minnesotans,” James Myall wrote on June 5. http://blog.mecep.org/2020/06/black-mainers-now-20-times-more-likely-than-whites-to-experience-covid-19-and-the-disparity-is-growing

Maine Immigrants’ Rights Coalition members shared their feelings about the pandemic’s impact on people of color in Maine at their annual meeting.

According to members of Maine’s immigrant communities and their allies, grief, rage, disappointment, pain, and fear are mounting as the number of community members testing positive grows, as an unusually high number of deaths and funerals is recorded, and as the data underlines that the disproportionate risk for people of color continues to mount.

The general feeling is that the state’s efforts to prevent spread are working too slowly, that state resources have not been adequately targeted to the communities that need them most, and that some important requests made early on in the pandemic in meetings with different officials have still not been met.

These requests include eliminating barriers to testing for those living in crowded housing, where the virus is known to travel quickly from person to person. Many low-income people living in crowded housing do not have ready access to transportation, do not have primary care physicians, and may not have a history of seeking medical care in hospitals and other institutions. This is why the request was made in mid-March by immigrant leaders to bring the testing units to people where they live.

In a June 17 press briefing, Dr. Shah, Director of the Maine CDC, said, “We are working on bringing testing closer…hopefully providing a mobile unit that would be situated as close to where people live as possible. We are not there yet – we have made progress, but we still have more work to do.” 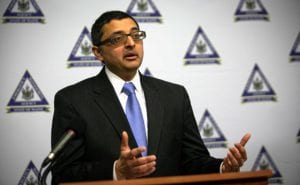 Lisa Tapert, CEO, Maine Mobile Health Program, in an email exchange back on May 14, and reported in this publication at that time, emphasized the significance of barriers that prevent vulnerable community members from accessing health providers. She said she would like to see testing stations set up right in immigrant communities and highlighted the importance of working with leaders of those communities to ensure greatest impact. “I would like to see the CDC work with organizations such as Mano en Mano, Maine Access Immigrant Network, New Mainers Public Health Initiative, and others to figure out where those tests are needed. It’s only a matter of time before we have additional outbreaks if testing is not available.”

Other asks have been for contact tracers and health workers to be hired from within immigrant communities, so that communication is culturally and linguistically appropriate, efficient, as well as cost-effective in stopping the spread of disease. 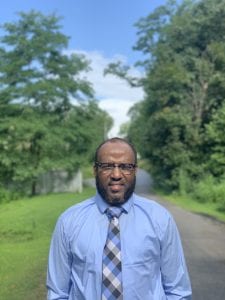 Abdulkerim Said, founder and executive director of New Mainers Public Health Initiative, based in Lewiston, the state’s second-largest city, is among those who have said repeatedly that contact tracing, one of the primary tools for controlling spread of the virus, was not working for the immigrant community. He and others have explained to officials at the Maine CDC and DHHS that to be effective, contact tracing needs to be done from within the community, by people who are already trusted by members of the community.

Another ask has been for the Maine CDC to form a working task group that includes representatives from immigrant groups, so that those with knowledge of conditions on the ground can help frame the state’s response to the crisis with proactive measures and hopefully stop community spread in its tracks. New Mainers and their allies have emphasized repeatedly that although they appreciate the time state officials have spent updating them on news relating to COVID-19, what they need is a seat at the table to inform the CDC and DHHS about what will and will not work in their communities to control the virus.

The front-line work that immigrants and people of color perform has been cited by Dr. Shah many times as a key causative factor in the high rate of cases, yet unemployment and rental assistance benefits have failed to reach many who have applied – or been unable to apply, because of technical challenges  – and this has meant workers are still on the front lines, directly in harm’s way in grocery stores, group homes, long-term care facilities, and processing plants. Streamlining benefits for those without a knowledge of English, or computer or internet access, has been a repeated request.

Cumberland County, York County, and Androscoggin County are home to the largest populations of immigrants in Maine, and infection rates there are high, with 1,461 cases in Cumberland, 450 in York, and 434 cases reported on June 17 in Androscoggin. The total number of confirmed cases in Maine on June 17 was 2,509.

“The data is all the evidence you need that what is happening is not working,” said Claude Rwaganje, Westbrook City Councilor and Executive Director of ProsperityME. “My children are scared. Every day when I leave to go to work they say to me, ‘Stay safe from COVID. Stay away from  the police.’  I want to know -what is the state doing to help us?” 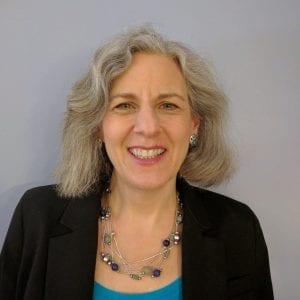 “These are real people who are getting ill and dying. What the state is doing is clearly not working,”agreed Martha Stein, Executive Director of Hope Acts.

“Our people are sick. Our people are dying. There won’t be any healthy black people left if the state doesn’t prioritize caring for black and brown people,” said Mufalo Chitam, Executive Director of Maine Immigrants’ Rights Coalition.