Inside the long presidency of Yoweri Kaguta Museveni of Uganda 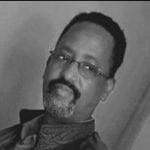 After succeeding in removing term and age limits from the Ugandan Constitution, Yoweri Kaguta Museveni won a sixth term as president of Uganda on January 14. His presidency is now slated to end in 2026, which will mark 40 years in control of the nation for the powerful leader.

Many Ugandans believe the election was rigged; however, Museveni was declared the winner against main rival Bobi Wine, with 58.6% of the vote going to Museveni, and just 34.8% for Wine. Bobi Wine, formerly a singer, who is now a parliamentarian, is hugely popular among youth. They threw their collective support behind him in the movement he called “People Power.” Many young people in Uganda feel closely aligned with Wine, who grew up in the ghetto of Kampala, the capital city. He was 44 years old when Museveni ascended to power in 1986.

Media and human rights groups have long reported human rights violations – – including crack downs on opposition leaders – – as tools Museveni has used to hold onto power during his long tenure. Analysts point out that Uganda’s youth have lived their entire lives under Museveni’s presidency, and are left with little hope for the future. Those under 30 years old comprise 77% of the country’s population, and youth unemployment in Uganda is estimated to be as high as 70%.

Who is Museveni and how has he managed to rule for over 36 years?
Yoweri Museveni seized power on January 26, 1986, with the help of the National Resistance Army, a large and well-organized guerrilla army he had formed five years earlier. During his inauguration ceremony in 1986, Museveni said, “The problem of Africa in general, and of Uganda in particular, is not the people, but the leaders who want to stay too long in power.” Thirty-five years in power and two constitutional amendments later, Museveni has quickly forgotten what he said at that first inauguration.
Museveni’s predecessors have gone down in history as murderers. Among these are Milton Obote, and Idi Amin Dada. The Monitor reports that Idi Amin Dada killed approximately five hundred thousand Ugandans during his tenure. The same number died under Obote’s regime, which Museveni toppled. By defeating Obote, Museveni earned the accolade ‘liberator’ from Ugandans who had lived under the bloody repression of prior regimes. 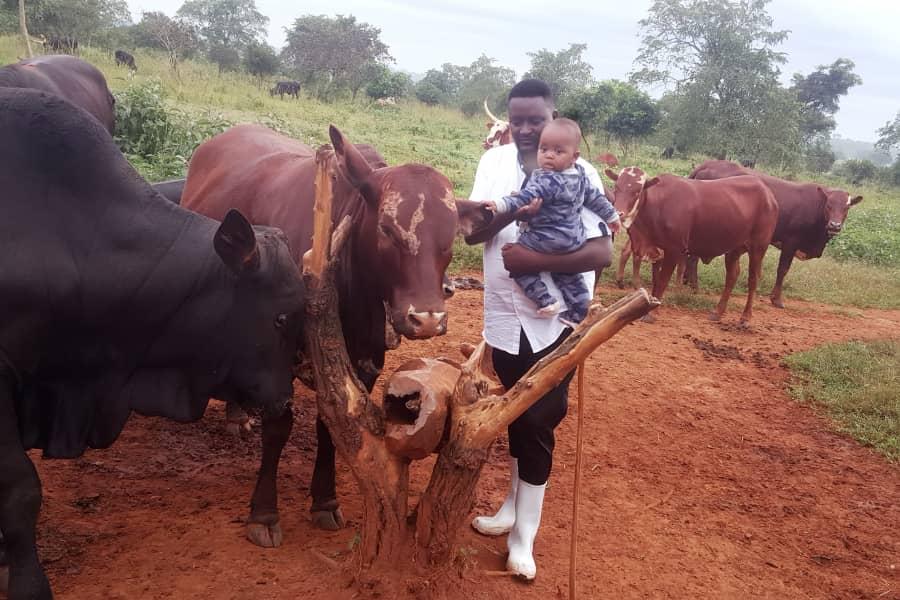 Peace and relative prosperity under Museveni
Ugandans have lived in peace for many years now, and they give credit to Museveni for that. Museveni has enacted liberal policies and attracted support from Western countries during his tenure, according to political analysts. Foreign investment and development aid have poured in. New schools, roads, and shopping centers sprang up in the capital, and a middle class is emerging.

Under Museveni, the Ugandan army has managed to neutralize the Lord’s Resistance Army of Joseph Kony, a rebel group that committed atrocities in the north of the country. And the country has been a reliable partner of the African Union in peacekeeping operations in Somalia, against the Islamist terrorist group ‘Al -Shabab.’

Until the pandemic struck, Uganda’s economy was stable, with GDP growth of 7.5% in 2019. The COVID-19 lockdown led to a downward slide, to 2.,9% in 2020, and is projected to remain in the same low range in 2021, according to the World Bank. However, experts predict that the country could quickly regain its pre-COVID growth trajectory. Among potential resources, the country is exploiting oil reserves discovered in northwest Uganda.

“The poverty rate fell to less than 20% in 2013, though inequalities remained high, while 80% of the population still makes a living from agriculture,.” wrote Noé Michalon, political attaché at the Embassy of France in Kenya and Somalia.

Michalon has analyzed Museveni’s achievements over the more than 30+ years of his presidency and explained that Museveni managed to achieve Uganda’s Millennium Development Goals. 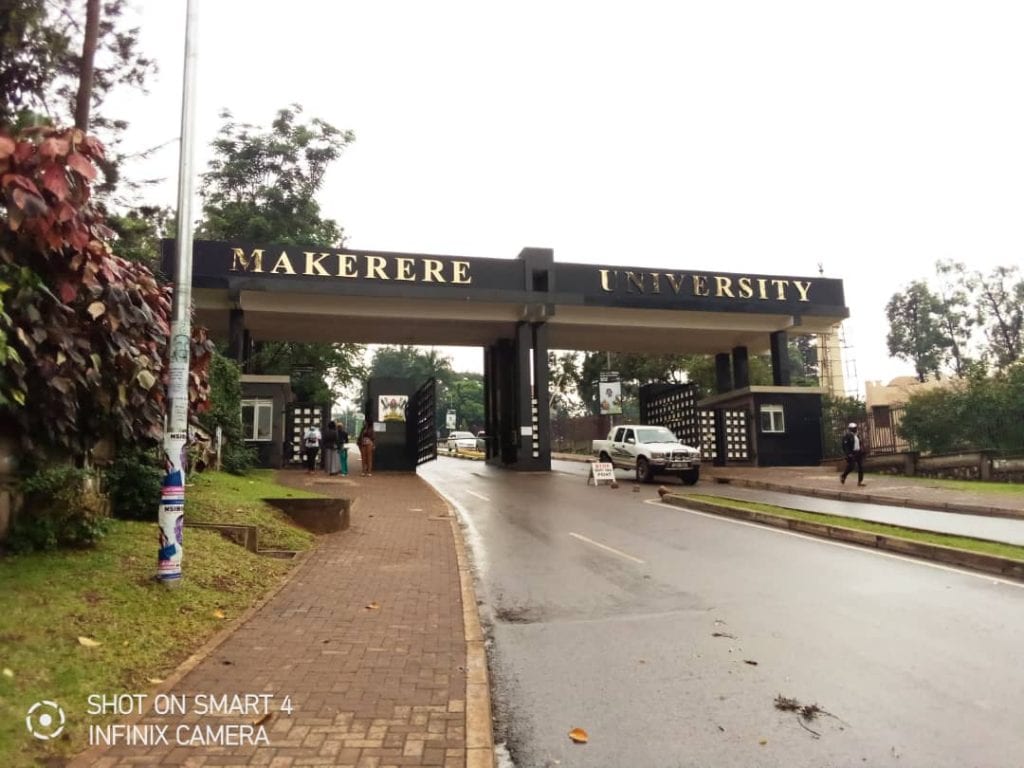 “And the poverty rate fell to less than 20% in 2013, though inequalities remained high, while 80% of the population still makes a living from agriculture,” said Michalon.

Yoweri Museveni’s track record in foreign policy makes him an important actor in the region. He has mediated difficult conflicts in Democratic Republic of Congo and Burundi, and is the founding member of the East African Community Bloc, which seeks the economic integration of Uganda, Kenya, Tanzania, Rwanda, Burundi, and South Sudan.

Nepotism and more
Marième Soumaré, writing in Jeune Afrique, points to Uganda as a case of nepotism in its purest form, with a small group of people close to the seat of power having benefited enormously from the nation’s growth. One of these is Museveni’s brother, retired general Salim Saleh, who sits on the Ugandan National Security Council. His name was cited in the United Nations 2000 Report about resource looting in DR Congo. And Museveni’s wife, Janet, was a parliamentarian until 2016, when she transitioned to Minister of Education and Sports. Now it appears that Museveni’s son may be slated for the presidency after his father.

“The meteoric rise of Museveni’s son to number two in the army has fueled speculation that Lieutenant-General Muhoozi Kainerugaba would want to succeed his father as head of state,” wrote Soumaré.
In 2020, Transparency International ranked Uganda as a highly corrupt regime. With Somalia and South Sudan tied for the dubious distinction of the most corrupt countries in the world, scoring a 179 out of a possible 180, Uganda – tied with Angola – nonetheless earned a 142. By comparison, the United States comes in at 25, Canada at 11, and New Zealand got a 1. According to this measurement tool, New Zealand is the least corrupt country in the world.

Yoweri Museveni is not tolerant of critics, and imposed a tax on social media usage in 2018 in an effort to muzzle his opponents. In past elections, he used the slogan “President forever.” In the recently concluded election, he changed the slogan to “Securing your future.”

“The head of state will not leave until he has fulfilled his mission – to liberate Uganda and Africa! ” !” said Moses Kisha, a political science researcher in the United States, interviewed by Agence France Presse.

Although Museveni’’s presidency has been characterized by peace, a welcome ingredient lacking in many countries on the continent, it has also developed a cult of personality, and allowed for the trading of favors, which most analysts say compromises independent institutions. In 2016, while on the campaign trail, Museveni explained why he was not going to quit power easily. “It would be like leaving a plantation that you cultivated right at the very time it has finally started bearing ripe fruit.”

Uganda’s case is not unique on the continent
Since 1990, when the democratization wave began hitting Africa, multiple parties and opposition candidates have been allowed to operate openly in most African countries, with the exception of Eritrea, Somalia, Swaziland, and Libya. However, the peaceful transfer of power, and respect for the constitution, are yet to be normative on the continent, with Museveni a case in point. A Luba proverb from Congo-Kinshasa says, ““Power is eaten entirely,” the African version of the “winner takes all.”
After Uganda gained independence in 1962 from Great Britain, Milton Obote served as Uganda’’s first prime minister, and then first president of the country. In January 1971, Idi Amin Dada installed an authoritarian regime in Uganda after seizing power in a coup d’état. Later Milton Obote returned to power, and Uganda erupted in civil war that was eventually ended by the victory of Museveni in 1986.

“It is not easy for anyone to know exactly the political weight of Bobi Wine across the country, as well as that of his party. What is clear, however, is that Museveni was rejected in the capital city. Wine’’s party won nine of the 10 parliamentary seats in Kampala, the 10th going to an independent parliamentarian. Museveni’’s party also won only 8% of the municipal votes in Kampala. Of all the challenges that face Museveni, the one that is not about to go away is the mobilization of urban youth,” notes Tom Goodfellow and Paul Isolo Mukwaya, lecturers respectively at the University of Sheffield, England, and Makerere University in Kampala. https://theconversation.com/museveni-has-failed-to-win-over-young-urban-ugandans-why-hes-running-out-of-options-154081
All eyes are on the 76-year-old Museveni, and whether he will use military repression of the opposition. Analysts predict that things could turn uglier if Museveni tries to hand over power to his son Lt. General Muhoozi Kainerugaba.

This article was contributed by Joseph Semajambi, who lives in Nairobi and writes in French.