Immigration is on the ballot this Tuesday, November 3

Immigration is one of the many important issues that are on the table this Tuesday. The information below about the two major presidential candidates’ views on immigration is drawn from their respective parties’ platform pages, or their campaign website.

Democrats Joseph (Joe) Biden and Kamala Harris are running for president and vice president. The Democratic Party platform says, “Democrats believe immigration…is a defining aspect of the American character and our shared history….Democrats will continue to work toward comprehensive immigration reform that fixes our nation’s broken immigration system, improves border security, prioritizes enforcement so we are targeting criminals – not families – keeps families together, and strengthens our economy. Democrats know the importance of our country’s history as a nation of immigrants. We honor our fundamental values by treating all people who come to the United States with dignity and respect, and we always seek to embrace — not to attack — immigrants.”

Republicans Donald Trump and Michael (Mike) Pence are running for re-election for president and vice president. The Republican Party website says, “President Trump has kept his promise by securing our southern border and has taken steps to prevent violence and drugs from entering our country…. President Trump has taken significant measures to drive down illegal crossings on our southern border by collaborating with our southern neighbors…. The Trump administration has taken unprecedented steps to end human trafficking at home and around the world…. President Trump is fighting for American workers by ensuring they are not displaced by foreign workers.”

According to Julia Preston in the New York Review of Books on October 8, “If Trump is re-elected … deportations will increase, and he most likely will make permanent cuts to legal immigration, abandoning, perhaps definitively, the United States’ identity as a nation that welcomes immigrants.” Preston is a Pulitzer-prize-winning expert on immigration.

According to the Pew Research Center, 23.2 million immigrants in the U.S. (defined as those born outside the U.S. but later naturalized) are eligible to vote in the November 3 election. This number represents close to 10% of the U.S. electorate. The majority of these eligible voters are either Asian or LatinX. In Maine, over 25,000 immigrants are eligible to vote.

All citizens who are over the age of 18 can vote. If you are a U.S. citizen, please register to vote and encourage your family, friends, and neighbors to do the same.

Maine needs you! Our democracy is based on the idea that it is the right and responsibility of every citizen to vote! Please vote on November 3 and influence decisions that will impact life in Maine, the United States, and the world in very important ways for many years to come! 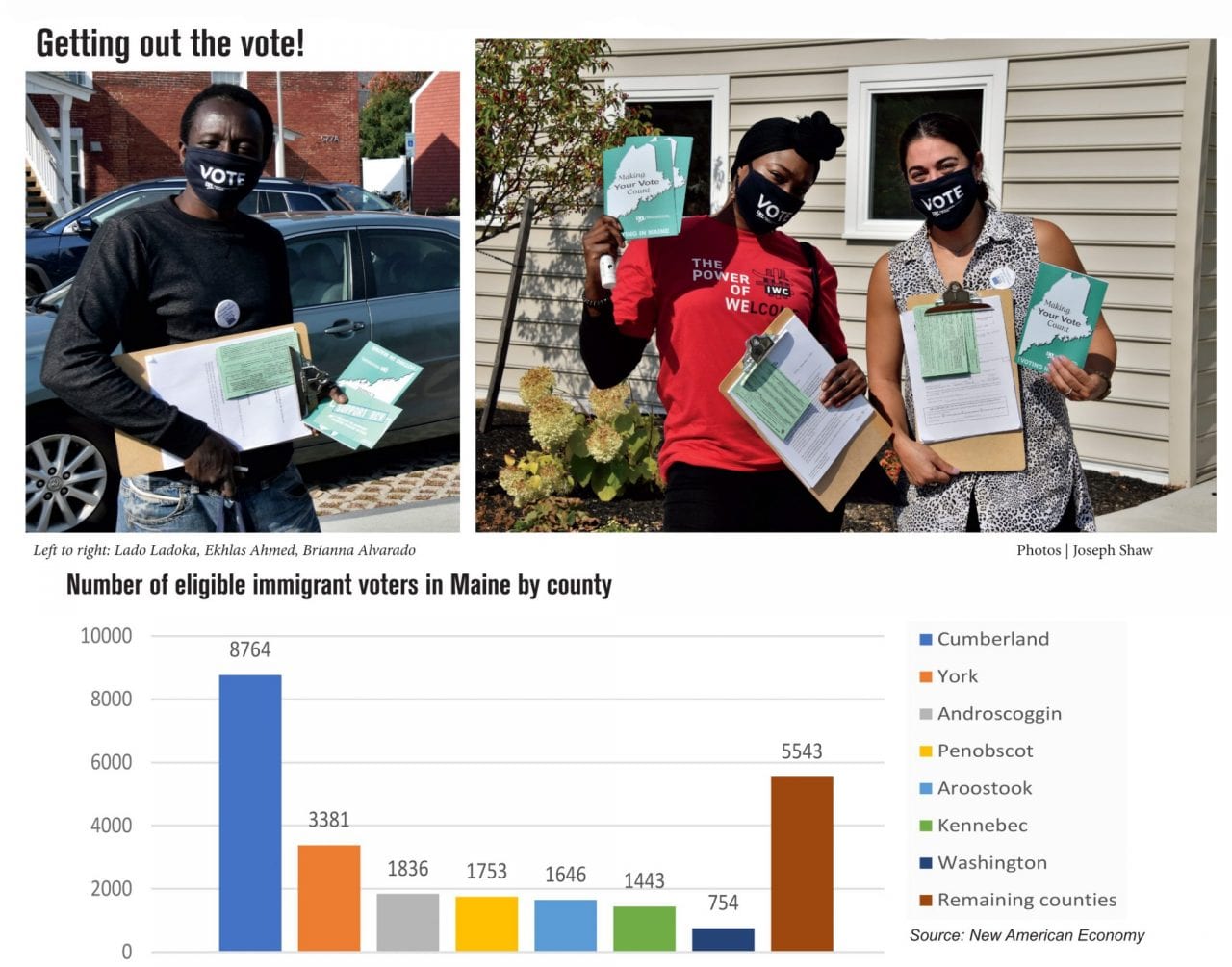