Young and old, almost everyone from primary school students to nonagenarians has reduced or eliminated the amount of time spent reading physical books, newspapers, and magazines. This does not mean that people are not reading. Actually, studies indicate people are reading more than ever before – but many are doing it on electronic devices.

One area of publishing, however, remains firmly wedded to the production of amazing, creative, beautiful, and instructive hardbound books: children’s literature and picture books.

Kirsten Cappy, the founder and executive director of I’m Your Neighbor Books (IYNB), in Portland, has found that artistically beautiful, elegant, informative, and culturally-sensitive children’s picture books can help young immigrants with their transitions into new communities. 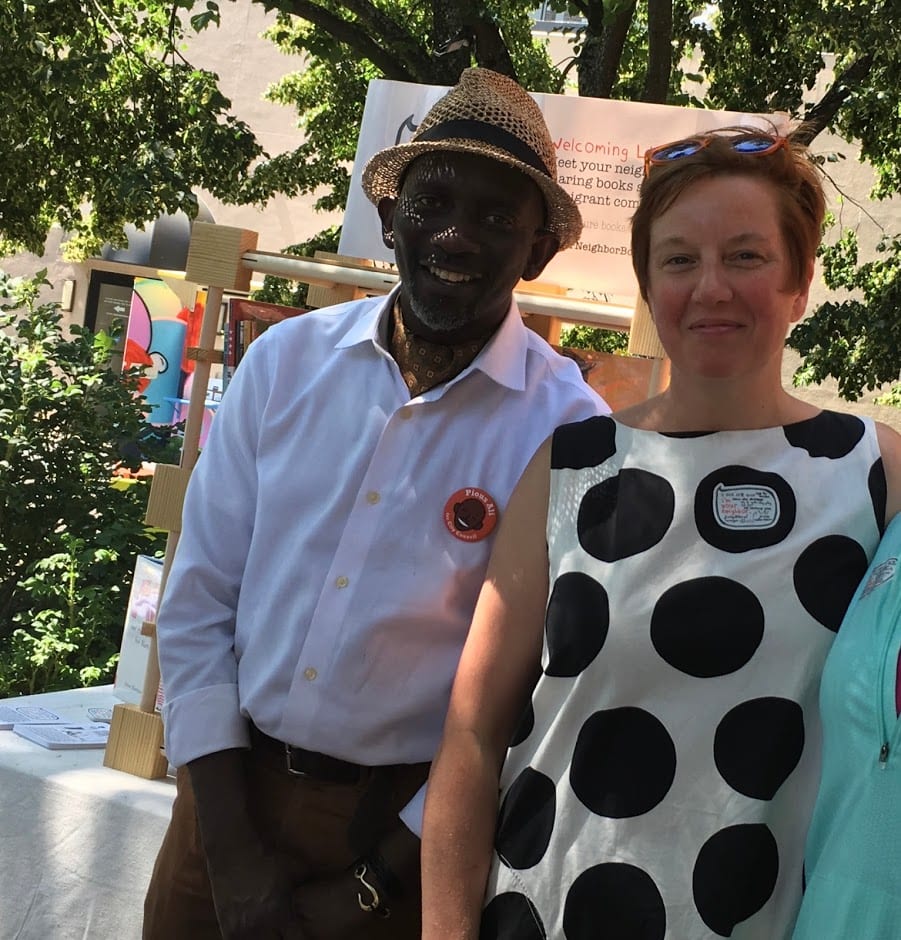 Cappy worked in the book publishing field as a marketing consultant in New Jersey and North Carolina, and as a merchandising manager and general manager for Barnes & Noble Booksellers in New England, before moving from Rhode Island to Maine only a week after September 11, 2001.

One of her first marketing projects in Maine was a book fair for middle school students. Though she thought she had a fair number of books to offer young people from kindergarten through 12th grade, at the fair she was approached by two young immigrants from Somalia, who asked for books on Somalia or the Horn of Africa. Cappy realized she had no books that fit the bill. The students, who were Muslim, then requested books on Islam, and here she also found she had nothing to offer.

“I did not have children’s books available that could help these teenagers find information and stories about their own personal experiences – books that could explain about their lives before immigrating to the United States,” said Cappy, “or that described their new American communities.”

Her experience with the two teens motivated Cappy to research what might be available in intercultural fiction for children. “I began to understand how we could use fiction to help children communicate about questions of identity, themselves, their families, and communities,” she said. “And, movements like Black Lives Matter and the push for greater diversity in our schools and libraries were motivating students and teachers to ask for help with interpreting intercultural and intergenerational immigrant experiences.”

Cappy looked through what was available in intercultural children’s literature and found that “up until 9/11, children’s literature books did a good job of telling the Ellis Island immigrants’ story, a distinctly European story, about a white world, and with a happy ending.” Children’s books produced in the 1970s, during and after the Vietnam War, portrayed the resettlement of the Vietnamese boat people. After that time period, intercultural literature for children remained relatively uniform for almost 30 years, Cappy said. There was not much available to explain the experiences of recent immigrants from Africa, Asia, and South America.

After 9/11, circumstances changed radically for immigrants, who were alarmed when the government began separating families at the southern border and instituted travel bans for visitors from primarily Muslim countries. 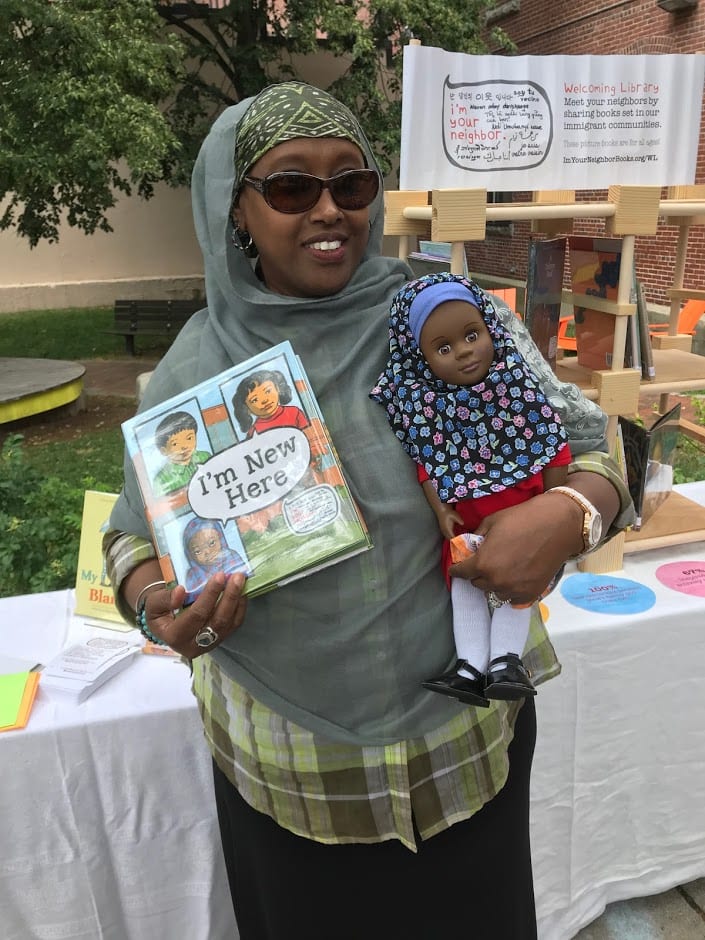 “The treatment has been racist,” said Cappy, “and has affected the emotional and physical well-being of immigrants – individuals, families, and children. The United States’ anti-immigrant actions have had a staggering effect, leaving many adults and kids feeling they are not safe or not welcomed.

“I could see that picture books might be highly effective tools for helping children talk about their past and the intercultural issues they experience as new arrivals and new Americans,” Cappy said. “The books can function as mirrors, allowing children to see themselves on the pages.” Using thought-provoking text and visually compelling book illustrations, the folks at IYNB realized they could change attitudes by allowing readers to meet each other on the pages. Cappy said Maine residents and new immigrants were equally interested in the literature.

When Cappy founded I’m Your Neighbor Books in 2012, she had wanted to use superb children’s picture books to help young immigrants “create community conversations on immigration and find ways to welcome new arrivals into the communities in which they were settling.”

After several years of operation, Cappy decided that it was necessary to bring the books to the places where children are located, so she founded an IYNB program called The Welcoming Library. “My husband, Mar Mattos, a woodworker, designed and built our original bookcases. Our display cart includes two traveling crates filled with new books, and IYNB’s staff provides schools with support.” Now, Cappy said, The Welcoming Library has accumulated 30 favorite kindergarten-through-12th-grade books that are artistically beautiful and perfect for communicating with young people. 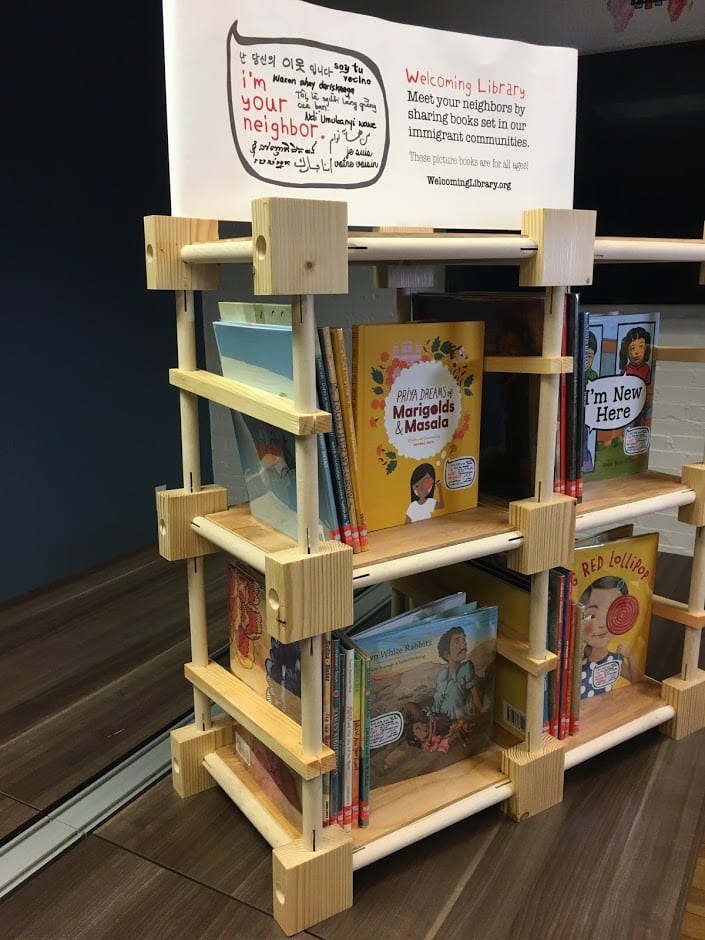 “The aim of IYNB is to provide schools and libraries with intercultural books that feature the stories of refugees and immigrants, for readers in first- to third-generation families, and to work directly with teachers. IYNB also offers an in-school program on modern migration, and participates in book fairs and festivals.

One such festival is the Beautiful Blackbird Festival, founded by Indigo Arts Alliance, a Black-led organization celebrating creators across the African Diaspora.  IYNB and Diverse BookFinder partnered with Indigo Arts Alliance on the festival, and even though the in-person festival was cancelled this year due to COVID,  it did take place virtually. Plans are underway for another Beautiful Blackbird Festival in the summer of 2021.

“A child looking at illustrations and text can gain knowledge and build connections to a character in a book in 10 minutes,” Cappy said. Each school or organization may keep The Welcoming Library materials for six weeks to use for programs on immigration. IYNB provides six to eight discussion questions to help students and teachers draw connections between the stories and the real lives of kids, and to help students get to know each other.

Even today, finding books about the journeys of refugees and their stories of assimilation remains difficult. According to Cappy, IYNB has identified more than 500 titles of books that tell intergenerational, intercultural stories about moving far away from home, family, and friends. 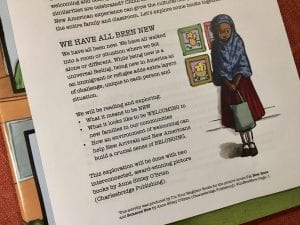 IYNB was “discovered” when Cappy and others spoke about the program at regional library conferences, which resulted in the other organizations asking to participate in the program. In the past few years, IYNB has grown by leaps and bounds, and now operates in 16 libraries in six states: Maine, Massachusetts, New Hampshire, Rhode Island, Virginia, and Illinois. The program’s logo is available in 10 languages. With financial help from the Law Offices of Joe Bornstein, a loyal contributor to the organization, IYNB has distributed more than 500 copies of When Stars Are Scattered by Omar Mohamed and Victoria Jamieson, a book about kids growing up in a refugee camp in Kenya.

Although the books in the I’m Your Neighbor Book collection are for young people, ages kindergarten through 12th grade, the art work makes the books accessible to readers of all ages no matter what their English language skills, Cappy said.

“The Welcoming Library  travels to elementary schools, middle schools, public libraries, and community groups,” said Cappy. “Immigrants who are adults often use the books marked for ages five to eight, because the books also work – as an immersive, intimate read – for readers of any age. We often suggest to adults that these books are ‘a 10-minute cultural experience.’ ”

Students at the Amanda C. Rowe Elementary School in Portland used The Welcoming Library during a unit on immigration, and created a mural to represent what they’d learned. A fourth grade class at the school hosted a naturalization ceremony for immigrants taking their citizenship oaths. The students greeted people, sang, and offered advice to the new adult citizens about what to do as a naturalized citizen. Xavier Botana, the Superintendent of Portland Public Schools, attended. 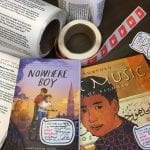 To reach young people during the pandemic, IYNB has created book bags that include children’s picture books, 10 different videos, and craft projects. Gifts of $25 go toward the purchase of books for schools and organizations that wish to participate in The Welcoming Library. A donation of $2,400 makes it possible to build a Welcoming Library cart and expand the program into new schools.

“We need as many voices in the world as possible,” said Cappy. “I am proud of the high level of participation we’ve had from teachers, students, and parents. What we are really trying to do is change minds – we are all about changing minds.”

A few of the books in IYNB’s collection include:

When Stars are Scattered by Victoria Jamieson and Omar Mohamed – This is the story of Hassan and his brother who have spent most of their lives in Dadaab, a refugee camp in Kenya. They talk about the time they have spent waiting to leave the camp, and the day-to-day life of a refugee. 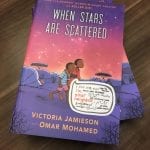 Wherever I Go by Mary Wagley Copp – The book is about Abia, who has lived at the Shimelba Refugee Camp in northern Ethiopia for seven years. 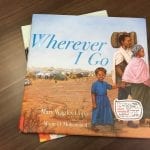 Joseph’s Big Ride by Terry Farish – The story focuses on a refugee boy’s overwhelming desire to ride a bicycle, and his travels with his mother to America.

Ice and the Jungle by Ariane Hofmann-Maniyaar – A polar bear gets a job in the jungle, which illustrates anxieties and difficulties of moving and leaving friends. He misses his friends and hates the food, but things change when his neighbors throw him a birthday party. (Because of feedback Cappy sent to the publishers about using the word “Ice”  – which readers were confusing with the U.S. Immigration and Customs Enforcement Agency – the British publisher is reprinting the book a new title.)

Something About America by Maria Testa – A 13-year-old girl from Kosovo moves to Maine and faces adjustments. (IYNB is pleased to be working with this Maine author to help distribute this book, and intends to work to promote other Maine authors.)

Of Beetles and Angels by Mawi Asdegom – This is a true story of a young boy’s flight from Sudan, his struggles, and his eventual graduation from Harvard University. The main character’s father is Ethiopian and his mother is Eritrean; the family has immigrated to Chicago. (More than 200 copies have been sold through IYNB.)

My Friend Jamal by Anna McQuinn – The friendship between Joseph and Jamal is very close and they are similar in many ways, but Joseph discovers that, because their families are from different places, they are also quite dissimilar in some ways. (Last summer, a young Congolese boy, who had not spoken in class at all, raised his hand to answer a question after the class read My Friend Jamal. Then, he opened a Quran and read the whole page aloud. When he had finished, his classmates stood and applauded.) 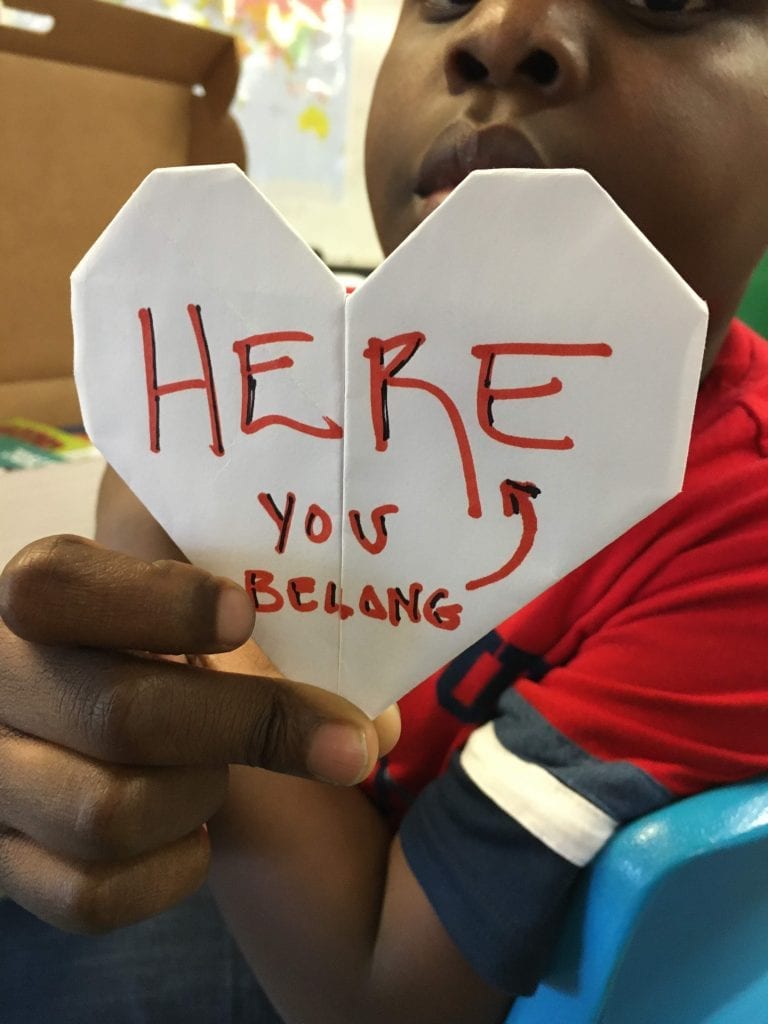