Human trafficking is a Maine problem, too 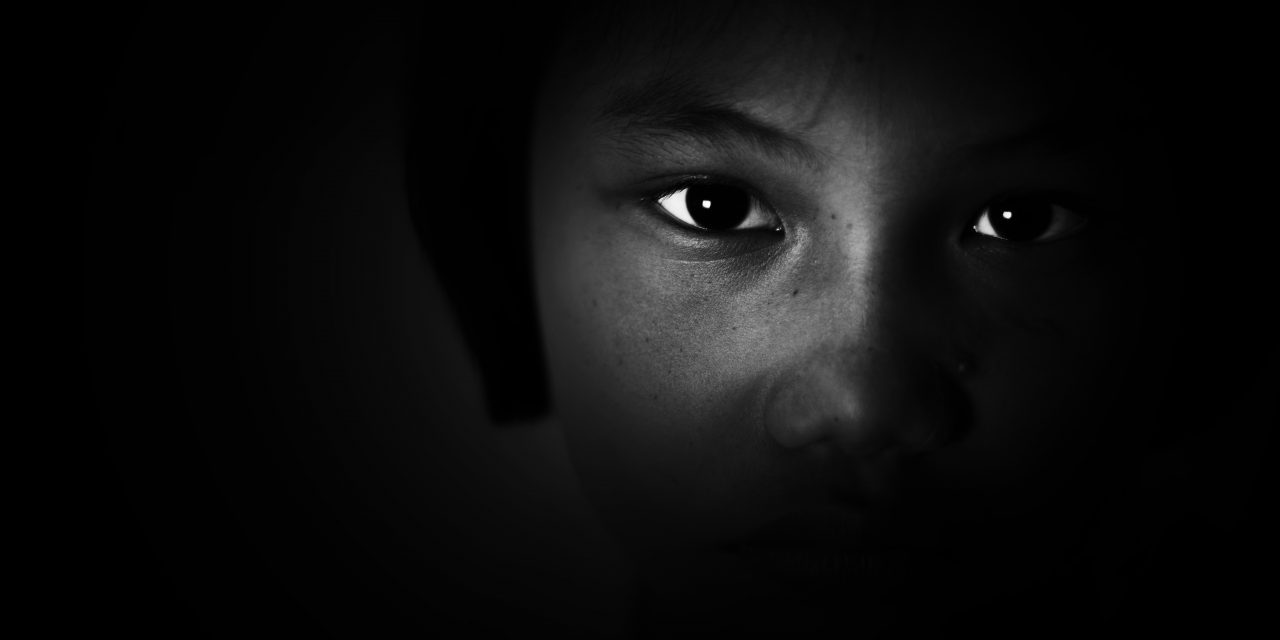 Human trafficking, otherwise known as modern-day slavery, is defined by the United Nations as the recruitment, transportation, transfer, harboring, or receipt of people through force, fraud, or deception, with the aim of exploiting them for profit. According to the International Labor Organization, there are between 20 million and 40 million people currently trapped in modern-day slavery. Determining the full extent of human trafficking is hard since most cases go unreported. In fact, only an estimated 0.04% of trafficking cases in the U.S. are ever identified. Human trafficking falls into two categories – labor trafficking, where people are forced to carry out some kind of work or task; and sex trafficking, where people are coerced to perform sex acts for money.

Human trafficking can happen to anyone, but migrants are particularly vulnerable. An estimated 50,000 people are trafficked into the U.S. annually, most of whom are from Mexico and the Philippines. The U.S. National Human Trafficking Hotline identified 22,326 victims in 2019. “We see that immigrants who lack legal status and people who are undocumented are especially vulnerable to human trafficking,” said Melissa Brennan, supervising attorney at Immigrant Legal Advocacy Project (ILAP), Maine’s only state-wide immigration legal services organization.

“There are also extremely limited ways for a person, particularly someone with limited resources, to migrate to the U.S. legally. The lack of legal options is what drives people to cross the border without documentation, to engage with a smuggler, to borrow money to pay a smuggler and incur debt. And ultimately, people find themselves desperate to work and willing to take risks that might set them up to fall prey to trafficking situations.”

“Anyone can become a trafficking victim, but it disproportionately affects Black and brown people, non-citizens, transgender people, and other people in marginalized communities. A history of poverty, family instability, physical and sexual abuse, and trauma all increase the probability of someone falling victim to trafficking. People seeking to migrate but, lacking legal pathways to do so, are particularly vulnerable to being trafficked,” she said.

According to Brennan, because migrating people are desperate to reach what they expect will be safety in the U.S., and dependent on the help of others, they are vulnerable both during their journey and after arrival. “A common scenario is people falling prey to a trafficker as part of their migration to the U.S. Someone believes that they’re agreeing to be smuggled – that is transported across a border illegally,” said Brennan. “But then, upon arriving in the U.S., the victim is forced to perform some type of labor. In some of the worst cases, victims are held captive and subjected to physical violence.”

Even those who arrive in the country via legal pathways, such as a temporary work visa, can find themselves in a trafficking situation, Brennan explained. “Frequently, people come to the United States on a temporary work visa, and believe that they have accepted a job that will involve fair working conditions and proper compensation, only to discover upon arrival that the working and living conditions are extremely poor, the hours are long, and the pay is not what they were promised.”

Limited freedom of movement is usually a hallmark of cases of human trafficking, and the nature of temporary work visas is such that the worker’s right to stay in the country depends on their connection with their employer. If the worker is being mistreated by their employer, they don’t have freedom to leave the job and find a new employer, because that would jeopardize their legal status, and could get them deported. “Immigrant workers have to make these impossible decisions of whether to stick it out in an exploitative work environment or give up and decide to go home, even though they’ve sacrificed a lot, often gone into debt, to come to the U.S. for a work opportunity,” Brennan said.

Trafficking is also common among domestic workers, including those involved in child care, cooking, and cleaning.  Brennan explained that domestic workers – who are mostly women immigrants and women of color – are especially vulnerable to trafficking, in part because many work in isolation, behind closed doors.

“A big part of the problem is the structural issue of the way our immigration laws are built to tie temporary workers to their jobs,” Brennan said. “Temporary work visas can actually be a tool of traffickers that allows them to recruit people from impoverished countries who have limited employment options in their homeland. The legal requirement that a worker remain with a specific employer helps exploitative employers keep their workers trapped in place. The limited freedom of movement in the law helps the exploitative employers keep their workers in place. And there isn’t sufficient oversight of working conditions once the workers get here. There are also extremely limited ways for a person, particularly someone with limited resources, to migrate to the U.S. legally. The lack of legal options is what drives people to cross the border without documentation, to engage with a smuggler, to borrow money to pay a smuggler and incur debt. And ultimately, people find themselves desperate to work and willing to take risks that might set them up to fall prey to trafficking situations.”

Brennan suggested that law enforcement has tools they could be more frequently using to help trafficked immigrants. “For example, federal officials have the ability to provide immigrant victims of human trafficking with Continued Presence, a temporary form of protection from deportation. Those granted Continued Presence are eligible for work authorization as well as a host of federal benefits. Unfortunately, Continued Presence has been severely underutilized. Over the last decade, less than 300 victims have been granted Continued Presence in any given year.” Likewise, Brennan notes that the T visa, a longer-term form of immigration status available to immigrant victims of trafficking has not been used to its full potential. Federal immigration officials have the ability to award up to 5,000 T visas per fiscal year, but have never come close to reaching this cap.”

The federal funds invested into anti-trafficking work by the U.S. Department of Justice and the U.S. Department of Health and Human Services follow a paradigm known as the “3P Paradigm” – prosecution, protection, and prevention. However, the number of federal prosecutions remains extremely low. In 2018, a total of 10,949 cases of human trafficking were reported, but the Justice Department initiated only 230 human trafficking prosecutions. More than half of the people trafficked in the U.S. are victims of sex trafficking, according to the U.S. National Human Trafficking Hotline. Industries with the highest rates of labor trafficking are household domestic work and the food and hospitality industries, which together make up nearly 60% of all labor trafficking cases.

“Very often non-citizens trafficked within the U.S. will be eligible for a form of immigration relief known as the T visa. It gives a person four years of legal status, at the end of which they can apply for a green card. It also qualifies immigrants for a range of public benefits equal to those afforded to refugees. The T visa, however, is just one possible form of protection for immigrant victims of human trafficking. When we meet with a new client who has experienced trafficking in the past, we’re always thinking of the full range of immigration possibilities,” said Brennan.

“Trafficking is an economic crime and one that’s a result of a lot of other failed systems,” said Julie Kselman, director of Anti-Trafficking Services at the nonprofit Preble Street, which provides services for those experiencing homelessness, hunger, poverty, or entrapment by trafficking. “Some key vulnerabilities of people who fall into trafficking situations include having experienced trauma in life, being removed or separated from their family or support network, being somewhere one doesn’t speak the language or know cultural norms and labor laws. Substance use is another huge vulnerability traffickers often exploit.”

A number of Maine’s industries rely on foreign workers who are temporarily in the U.S., and in some circumstances, unscrupulous employers victimize the workers. According to Kselman, labor trafficking is a huge issue in particular for foreign national workers in the U.S. In Maine, the areas with the highest cases of labor trafficking are agriculture and domestic servitude. Maine brings in thousands of non-citizen workers every year for agriculture work, domestic work, and work in the restaurant and tourism industries. “In Maine, the season for agricultural work is long  – it lasts from summer all the way into winter because we have a huge Christmas tree making industry. The U.S. has several different visa programs that bring in foreign workers every summer to work in agriculture, on farms, and processing industries related to agriculture. The people who are working here on temporary work visas can be difficult to access.”

Knowing that foreign workers can easily be preyed upon, social workers and anti-trafficking advocates do their best to gain access to their places of employment, to look for red flags. But Kselman said, “People who own and operate farms aren’t necessarily willing to let social workers come onto the farms and talk to the foreign laborers, educate them about labor issues, about wage and hour laws, and make sure they know their rights. We know that there’s trafficking in these industries where there’s a large number of foreign workers, we just can’t access them. The tourism industry is another big culprit. Maine is a popular tourism destination, especially in summer. People who vacation here regularly will notice that at a lot of hotels, restaurants, and tourist attractions, there are lots of foreign national workers.”

According to the Maine Coalition Against Sexual Assault and Preble Street, an estimated 400 people in Maine are victims of human trafficking each year, however most cases in Maine go undetected. Only an estimated 14% of survivors of human trafficking report the crimes committed against  them. Preble Street currently serves about 200 clients who were victims of trafficking. Over 80% of them were trafficked for commercial sex work and over half have had a history of substance use.

Preble Street provides services and case management to anyone fleeing trafficking. Many survivors need safe housing, and Preble Street runs a rapid rehousing program and helps survivors access vouchers for permanent housing. They also help clients file applications for benefits such as MaineCare health insurance, SNAP food assistance benefits, as well as mental health and substance use disorder counseling. Preble Street partners with ILAP to connect clients with immigration attorneys. If survivors are interested in pursuing charges against their trafficker, Preble Street can help them access legal assistance. Preble Street also helps their clients connect with a variety of educational resources in the community.

Both Kselman and Brennan stressed the importance of recognizing the signs of trafficking, in order to identify possible victims. Contrary to common myths and misconceptions, trafficking victims are not usually locked away in some dark hole, but are much more commonly at work in everyday locations – in the back kitchen of a restaurant, for example, or cleaning a hotel room. Knowing the signs, or red flags, that might point to a trafficking situation – such as extremely long working hours, workers who seemingly stay on site overnight, workers who look exhausted or scared –  and reporting anything that looks suspicious could potentially save someone’s life.