If there are phenomena that profoundly mark the recent history of humanity and threaten to transform the lives of individuals and societies for a long time to come, COVID-19 is certainly one of them. The new coronavirus is neither the first nor the only plague to strike the global community, but the number of its victims, the speed with which it has spread over the continents, and the way it has impacted people’s lives rank it among the most disruptive. 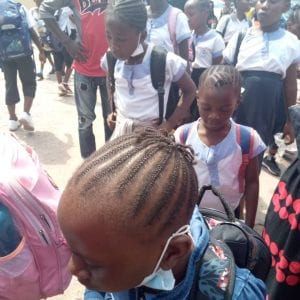 The World Health Organization (WHO) was officially informed of the existence of unusual pneumonia cases in the city of Wuhan, China, on December 31, 2019. Wuhan is a city of 11 million souls, a true cultural and economic hub of China. Before long, the virus became a pandemic, sowing death and desolation in all corners of the globe. As COVID-19 continues to spread, it is increasingly clear that the outbreak has implications beyond just the physical health of humans.

Why women and girls?
In Kenya, Uganda, Rwanda, and the Democratic Republic of Congo, girls and young women, more than men and boys, are affected by the scope of this pandemic in all areas of their daily lives. This includes their safety, sense of well-being, education, financial security, health, nutrition, and access to technology. Pre-existing inequalities of all sorts have been made worse by COVID-19. But for girls in particular, the closure of their schools has exposed them to a plethora of negative consequences, darkening their horizons. Obviously this is and will continue to be a burden on their future.

Admittedly, the situation was not very good before COVID-19. In 2014, the Kenya Demographic Health Survey found that 32% of Kenyan girls between ages 15 and 19 had experienced violence by the age of 15, and 32% of young women had experienced sexual violence before their 18th birthday. A survey conducted in 2010 by Kenya Violence Against Children estimated that 22% of girls, ages 15-19, described their first sexual intercourse as forced. The survey cited uncles, aunts, fathers, brothers, and mothers among the perpetrators of these acts of 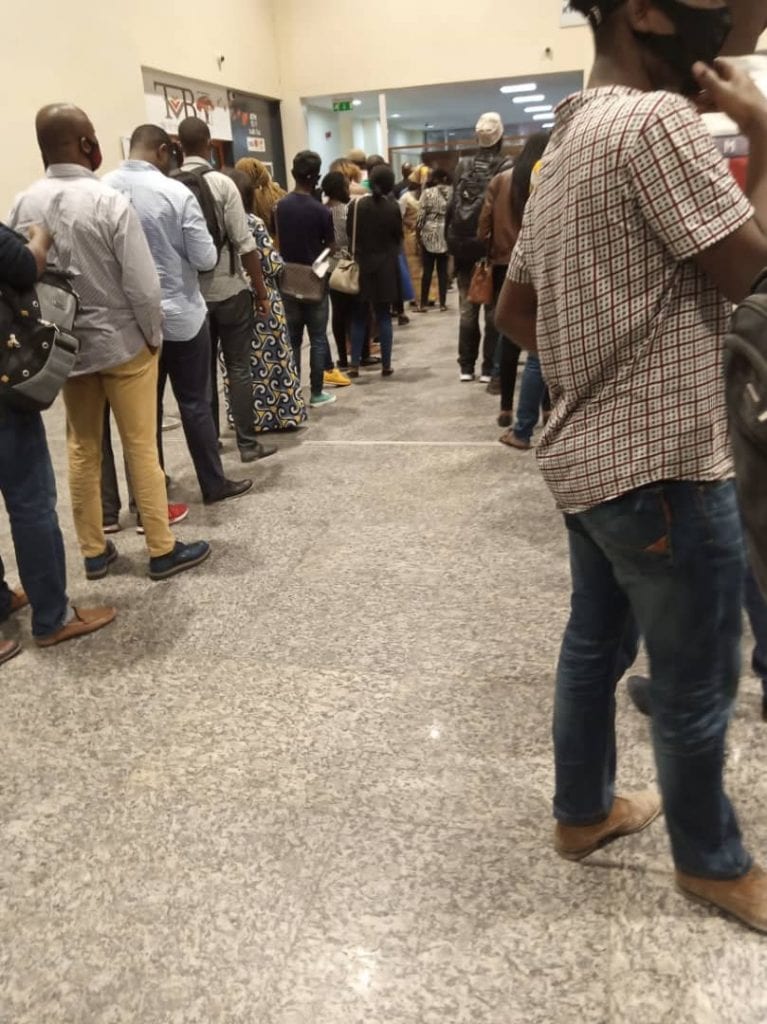 However, COVID-19 has aggravated an already troubled situation. Very early in the pandemic, in March 2020, the chief justice of Kenya, the Honourable David Maraga, indicated a 35.8% increase in the number of cases of sexual violence brought before the courts and tribunals since the beginning of the pandemic.

Michael Gaitho, specialist in gender-based violence at LVCT Health, described the situation: “In the past, men spent most of their time outside the home, at work, and in bars. At the height of confinement, they were forced to stay at home, so they beat or raped their wives constantly. It seems that their only distraction was their wives’ bodies. And if the woman refused to give in, she was threatened with a machete.”

Accelerated genital mutilation, or cutting, during COVID-19 is a concern of Fridah Wawira, head of the Coalition on Violence Against Women Program. “FGC is being practiced now. There are no public activities, no schools, so families take advantage of this to secretly excise girls.”
According to a survey conducted by the Kenya Health Information System, 3,964 girls under the age of 19 were pregnant in Machakos County alone. Machakos County Children’s Officer Salome Muthama said many of these girls had become pregnant during the COVID-19-induced lockdown.

Recent data from the International Rescue Committee also reveal that girls living in refugee camps have been particularly affected. Whereas only eight cases of teenage pregnancy were reported in June 2019 in the Kakuma refugee camp in northwest Kenya, 62 pregnancies were registered in June 2020, only one year later and during the pandemic. In the Dadaab refugee camp, the number of reported teenage pregnancies increased by 28% between April and June, compared to the same period last year. According to Fanis Lisiagali, a Helpline director, their service received 1,108 calls related to gender-based violence in the month of June 2020 alone, compared to only 86 cases received four months earlier, in February 2020. “Of course, these cases are few compared to the reality because many remain hidden,” he said. 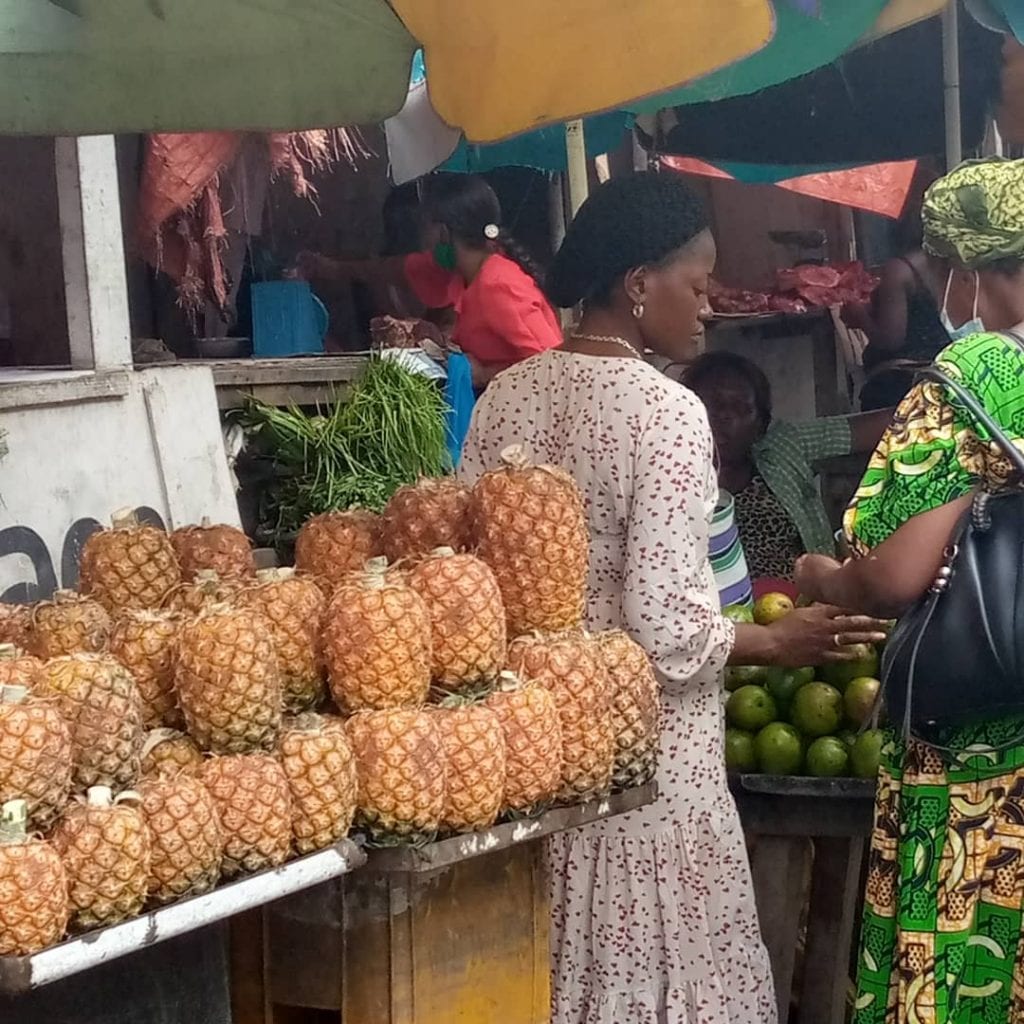 The new coronavirus is disrupting life for women in Uganda. According to Linda, a resident of Nsambya, lack of transportation is an issue that impacts health care, including access to antiretrovirals for HIV-positive women. “Where men drive motorcycles and bicycles to reach the hospital to get these antiretrovirals, with women who don’t drive as much as men, and can’t walk long distances, you can see what will happen to these HIV-positive women!” And Salongo Peruth, a resident of a suburb of Kampala, noted, “A woman who can no longer sell her clothes or braid her neighbors’ hair, how will she survive?” Mugole, a 22-year-old saleswoman, said, “I thought this disease would end in two weeks, I don’t think I can continue to run my business after this pandemic. Who will continue to buy phones and headsets without having eaten first?”

RWANDA
In Rwanda, women and girls make up 51.8% of the population, according to a 2012 study by the National Institute of Statistics of Rwanda. In some cases, they are in the majority in high-risk employment sectors, where the future of their jobs looks bleak because of the effects of the pandemic. The current crisis threatens to slow or reverse Rwanda’s progress on gender equality and thus exacerbate the “feminization” of poverty, exposing women and girls to more violence and undermining their equal participation in the world of work.
According to “The Socio Economic Impact of COVID-19 in Rwanda,” a United Nations study dated June 2020, female-headed households are at great risk of being impacted more than other Rwandan households because of the adverse effects of COVID-19. In fact, they easily could fall into extreme poverty. Prior to confinement, job insecurity for women was already rife, with most working over the past three years in jobs that paid only by the day, with no job security.

DEMOCRATIC REPUBLIC OF CONGO
At the beginning of this pandemic, the dangerousness of COVID-19 worried and alarmed the whole world. But most Congolese men and women, who very rarely let go of their legendary good humor, remained indifferent and even carefree in the face of the situation. Hence there were jokes such as, “Happy news for bachelors: marriage at a lower cost because of few guests” or “No more infidelity.” Photos circulated that showed scenes such as Congolese men braiding their wives’ hair – an unusual occurrence.

DR Congo, the second largest country in Africa with 2,345,410 sq. km, has suffered multiple humanitarian crises over a period of decades. It continues to face other major epidemics such as Ebola, polio, cholera, measles, and bubonic plague, at the same time as COVID-19. Like elsewhere in the region, women and girls in DR Congo have been more heavily impacted by the new coronavirus. During a panel organized in Kinshasa on August 20, 2020, by the Fonds des Femmes Congolaises (FCC), the resurgence of sexual violence and the activities of armed groups, which are notorious for using rape as a weapon of war, has been reported in several parts of the country.

Confinement has had an impact on small-scale, cross-border trade between Goma in DR Congo and Rubavu in Rwanda. This trade is a survival strategy for at least 45,000 individuals, most of whom are women, and their dependents, in a region where other economic options are limited. A 2012 study on trade and opportunities for cross-border dialogue in the Great Lakes region, by Dr. Blaise Muhire, concluded that cross-border trade is an important lever for growth. It is also a mechanism for bringing together neighboring Rwandan and Congolese populations, who are often divided and distrustful because of the violent conflicts that affect the region. However, the cross-border movement of merchants from Goma and Gisenyi in the north of Lake Kivu, and from Bukavu and Kamembe in the south, was totally banned when the virus first struck, and is now allowed only for members of cooperatives. This results in a potentially staggering loss of income for women. Who will be able to truly evaluate the extent of that loss given the informal sector of the work? Authors Caroline Lesser and Evdokia Moisé-Leeman note that in Africa in general, and in DR Congo in particular, the informal economic sector, which is said to represent up to 43% of the official Gross Domestic Product (GDP), is almost the equivalent of the formal sector.