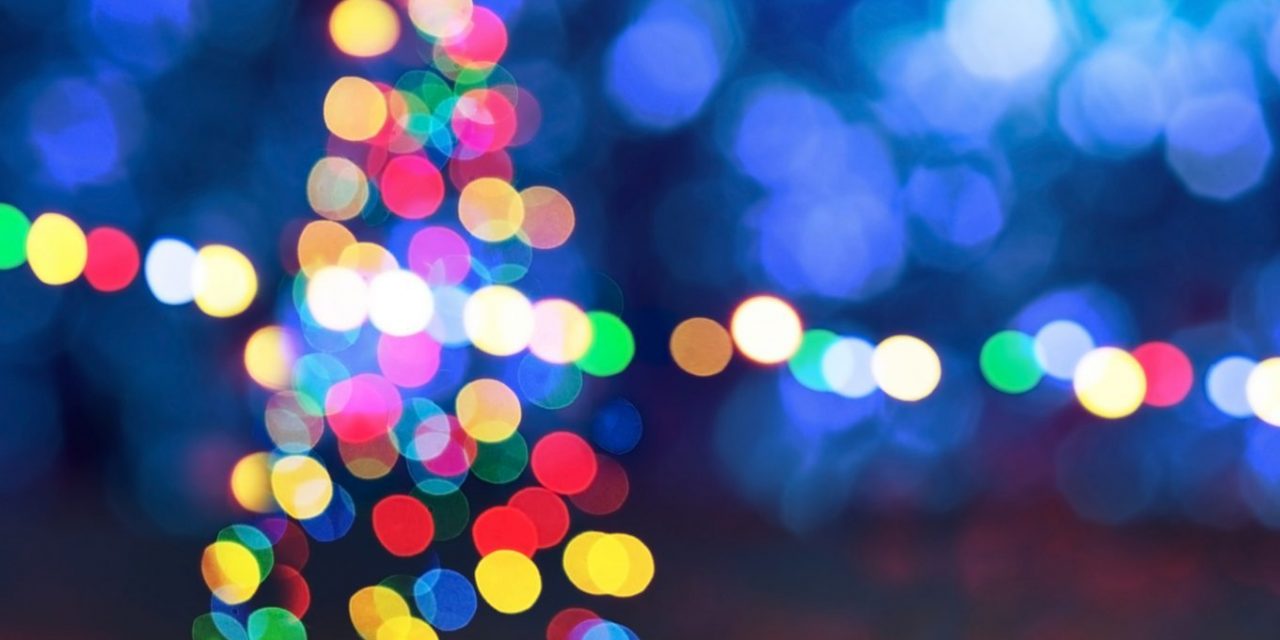 Nahla Alsafar is originally from Iraq, but moved to Portland with her husband and three daughters in 2016. “In my culture, one of the biggest celebrations is Ramadan,” Alsafar said. “We fast for one month, from sunrise to sunset, and we have special food that we cook during that time. When the whole family breaks the fast at sundown, we eat a special kind of lentil soup. Because you fast for so many hours, when you break your fast, you need to eat something very nutritious. I have my own recipe for the lentil soup which I’ve shared with my American friends, and they love it. We also make a special kind of biryani, which is rice mixed with different kinds of meat and vegetables. After the fast, people also go to the mosque to pray.” Ramadan is the ninth month of the Islamic calendar and commemorates Prophet Muhammad’s first revelation, during which Muslims worldwide observe a fast and focus on prayer, reflection, and community.

Another Islamic holiday that Alsafar and her family celebrate is Eid al-Adha. This celebration honors the patriarch Abraham’s readiness to sacrifice his son according to God’s command. Animals such as cows and sheep are ritually sacrificed, and more than half of the meat is given away by the family, as an offering to the poor and needy. “We celebrate Eid al-Adha for three days,” Alsafar explained. “We make traditional pastries like kleche and baklava. Some people buy them from the store, but I make them from scratch. During this time, we visit friends and family to share gifts and sweets, as well as buy new clothes. I remember when I was a child in my country, we prepared all the food together, we cleaned the whole house, and the morning after we visited our relatives. Our parents bought all kinds of new things, especially for the children, to celebrate the holiday. Even though here in America life is very different, we try to create the same conditions that we had as kids to show our own children how we celebrate these holidays traditionally.”

Amjambo Africa publisher Georges Budagu Makoko was born and raised in the Democratic Republic of Congo and moved to Rwanda after the Genocide against the Tutsi in 1994. In 2002, Budagu and his family immigrated to Portland. “Back in my home country, we didn’t have holidays like Thanksgiving or Halloween. The only holidays I celebrated were Christmas and New Year,”

Budagu said. “Christmas was more spiritual than what is common in America. It was the time to remember the birth of Jesus and celebrate with other people in the church. There was no gift giving like here, it was just a small spiritual celebration. By contrast, New Year’s was the time when you met with your friends and family, cooked, ate, and celebrated together.”

After moving to the United States, however, Budagu and his family adopted American Christmas traditions, such as giving gifts and decorating the house. But they still don’t lose the spiritual aspect of the holiday, and attend church service as well.

“New Year’s was also a spiritual holiday in Congo, since we believe that we wouldn’t have made it through the year without God’s help,” he explained. “On New Year’s Eve we would go to church until midnight, reflect on the past year, and commit ourselves to God’s hand for the coming year. And the following day, we would gather family members and relatives and celebrate together. I grew up in a remote village in Congo, and we rarely ate meat. But during New Year’s, a cow would be killed and the whole village would come together and share the meat and celebrate.” One of the staple traditional Congolese dishes consumed alongside meat at New Year’s was fufu, which is made by mixing water with cassava flour until it forms a thick paste.

Originally from Azerbaijan, Tarlan Ahmadov moved to Portland in 2004, where he currently works as State Refugee Coordinator at the Office of Maine Refugee Services. “Back in Azerbaijan on December 31st, we actually celebrate two holidays – the New Year’s and World Azerbaijanis Solidarity Day,” Ahmadov said. World Azerbaijanis Solidarity Day is a public holiday commemorating the global solidarity and unity of Azerbaijanis. It was motivated by the demolition of border barriers between Azerbaijan and Iran in December 1989, allowing the reunification of Azeri families. “It’s a day when the whole family, including relatives, friends, and neighbors get together to eat, dance, sing, and exchange gifts.” The staple traditional meal prepared for the occasion is the rice dish called plov (also pilaf or pilau), of which there are over 40 variations in Azerbaijan. Though plov is indigenous to many regions in Asia, some varieties, like the shah plov, which is most commonly served for holidays, are unique to Azerbaijan. Other traditional foods present at the holiday table are pastries like pakhlava and shekerbura.

“During my childhood in the Soviet Union, we were all very excited for New Year’s because we’d receive presents and go to the children’s celebration of New Year’s at cultural centers,” Ahmadov reflected. “There they would have shows for children, with people dressed up as characters from fairy tales like Father Frost and Snow Maiden. I particularly remember that we always got tangerines and oranges at this event, which was very special because they were hard to find in the USSR. There was always a community feeling – not only your family, but your friends and neighbors would all gather together. We had a huge family as my mother had seven siblings, and all of them and their families would come together for celebration. I remember we were all excited to finally open all the preserves like compotes, pickles, and jams that we had prepared during summer.

“It didn’t snow very much in Azerbaijan, but we always hoped for snow for New Year’s. When it came, we’d go out on the morning of January 1st to have snowball fights and build snowmen. Now we’ve been living in Maine for 18 years and it snows a lot. And yet, every time it snows, I still feel the joy of the New Year spirit.”

Amjambo Africa Board Member Belyse Ndayikunda was born and raised in Burundi before moving to Portland in 2012. She graduated from high school in Maine, then went on to get a bachelor’s degree in math from the University of Southern Maine (USM). She’s currently pursuing a master’s degree in applied statistics at USM and working in the finance department of Unum. “The most important holidays in my culture are Christmas and New Year’s,” Ndayikunda said. “The Burundi population is mostly Catholic, so Christmas is very much a faith-based holiday where the whole family goes to church, even the people who normally don’t at other times of the year. Relatives often travel to different cities and villages to gather and celebrate. Often many other faith-based celebrations take place alongside Christmas, such as baptisms and communions. We have Christmas trees and some families exchange presents – depending on their financial capabilities – but these things are not as common as in the U.S. However, a tradition that is very common is buying new clothes, particularly for the children.”

Ndayikunda explained that eating meat is a luxury for most people. On ordinary days, Burundian people normally eat meals made from beans, rice, and flour. But for the holiday season, even the poorest families manage to have some sort of meat at the Christmas table. Accompanying the meat are usually pilau, an aromatic rice dish, and sombe, a dish made from boiled, pounded cassava leaves.

“I remember on Christmas day we would all wake up very early in the morning, and we would get ready by putting on all the new clothes we received for Christmas, and the whole family would go to church. Afterwards, we would go home and start getting ready for lunch. Christmas lunch was very special. We would all help prepare it together; some of us would be helping Mom with cooking, others would be cleaning up. And our extended families – our aunts, uncles, cousins – would all come over to celebrate. What I remember most is just the whole joyful energy that was always present.”

Ghomri Rostampour moved from Iran to the United States with her family in 1999. After earning a bachelor’s degree from the University of Southern Maine in computer technology, she worked in a public school information technology (IT) department for 16 years in Portland. Currently, she is pursuing a master’s degree in international relations from Harvard University.

“In my culture, in the beginning of fall we have a big celebration of the harvest season called Mehregan,” Rostampour said. Mehregan is an ancient Persian festival with roots in the Zoroastrian religion dating back to the 4th century BCE. The celebration honors Mithra, the ancient divinity of light and creation in Indo-Iranian mythology. Mithra symbolizes friendship, kindness, and love. The holiday falls on the 196th day of the calendar year, which is also the autumnal equinox. “In families that have big harvests, the head of the family invites all the relatives into their yurt to share all the fruits, vegetables, and nuts that they’ve harvested. For three days, everyone cooks, eats, dances, laughs, and celebrates.” The celebration also often involves reading of historic epic poetry accompanied by music played on traditional instruments like the oud and tar. Festivities continue into the night with bonfires, fireworks, and dancing.

“Near the end of the year, we have a special celebration of the longest night of the year called Yalda.” Yalda falls on the winter solstice, and also has roots in Zoroastrianism. People gathered together because the evil forces of Ahriman, the evil spirit in Zoroastrianism, were believed to be the strongest during this long night. “We set the table, which must have pomegranates, nuts, and watermelons. If you didn’t have these things, you didn’t celebrate. All our friends and family get together, and Grandmother gathers all the grandchildren and tells many fairy tales. There’s also music and poetry. We have a sort of firepit in the middle of the house – there’s no real fire, but there’s charcoal under the table with a rug on it – and the family members sit at the table and warm their feet. Traditional foods on Yalda are usually pilaf, turkey, rabbit, and keshkek, a ceremonial meat dish with wheat or barley stew. I remember that on the day before Yalda my dad would buy us new clothes that we would wear during the celebration. I was always very excited for older family members to visit us because they would always give the children money.”