When voters went to the polls November 5 in Portland, Westbrook, Lewiston, Bangor, Brewer, and Hampden, they made state history by electing eight first- and second-generation Mainers to city council and school board offices. Seven of these newly elected officials were born in Somalia, Democratic Republic of Congo, Ghana, Nigeria, Haiti, Thailand, and South Korea, and came to the United States as immigrants, and the eighth was born in the United States to Egyptian immigrant parents. In a state widely considered one of the whitest in the nation, the number of immigrants who ran in this year’s election cycle (10), the fact that five of the winners will serve communities well north of the generally liberal Greater Portland area, the sheer volume of first- and second-generation wins, and the fact that the two immigrant candidates who were not elected were defeated by other first-generation candidates together represent something very new in Maine’s political scene.

According to New American Leaders, a national, nonpartisan organization, the surge in immigrant candidates running for office in Maine reflects what took place on the national stage, where 264 New Americans declared their candidacy, and 66.67% first-generation and 73.68% second-generation American candidates won office. Sayu Bhojwani, president and founder of New American Leaders, predicts, “The victories we saw this week are the start of things to come in 2020 and beyond. These wins are not outliers—they are the new normal. When people like us run for office, we win.” 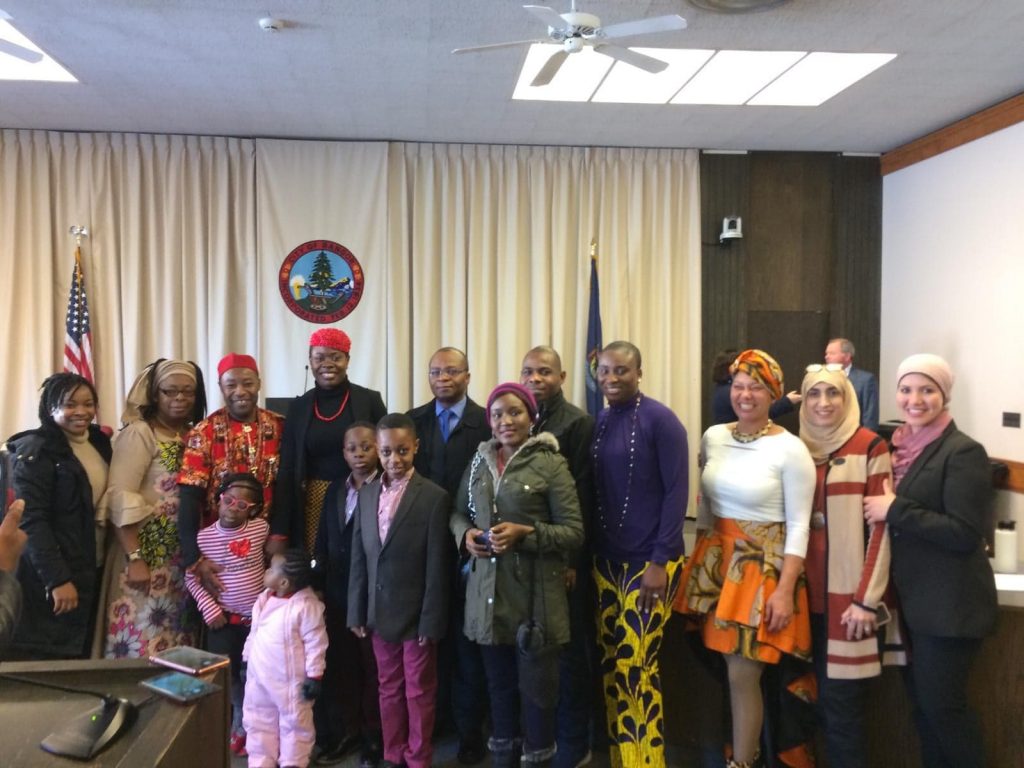 Reached for comment after the results in Maine were announced, South Portland City Councilor Deqa Dhalac celebrated the state’s willingness to vote for people of color in this election cycle. “I am over the moon with joy and gratitude. The people of Maine showed their support for those who want to serve, regardless of their ethnicity and background.”

At Gateway Community Services, CEO Abdullahi Ali agreed that the elections were highly significant. “This election was historic for many. The election of New Mainers to local offices is another testimony to their contributions to society and commitment to responding to the needs of their neighbors and community members. This sends a message that New Americans are on the front lines in the fight to make positive changes in our state and country.”

Reflecting on the connection between continued immigrant participation in the political process and successful immigrant integration, Executive Director of the Greater Portland Immigrant Welcome Center Alain Nahimana said, “My warmest congratulations to all the elected officials from our communities. It really feels good to be an immigrant in Maine today. Civic engagement and participation in the democratic process are key pillars of immigrant integration. We need to continue to work hard to make sure our communities are not only represented but that every voice is heard at the polls through voter registration. We hope to engage our newly elected officials to be our champions on effective immigrant integration policies.”

“This shows what can happen when hard working, motivated people put themselves out there. It is democracy at its finest,” said Adam Lee, Board Chairman of Lee Auto Malls.
The precise number of immigrants currently living in Maine is not documented, however, according to the Migration Policy Institute (MPI), as of 2016 the number of foreign-born in Maine was 50,768. The organization reported that immigration increased by 11% in Maine between 2010 and 2016, and anticipates that the 2020 census will indicate further significant growth in the foreign-born population in Maine.

A walk in Lewiston on the morning of November 7 confirmed that voters felt history had been made with Safiya Khalid’s election to the Lewiston City Council.
Mohamed Heban, owner of Baraka Store on Lisbon Street, noted that younger people are already looking to Ms. Khalid as a role model. “She has opened the door for the community,” he said. “There is always opposition, always people who don’t like you, that’s life. But she is strong, and she understands how political organizing works. We are excited.”

“It is great to see your face represented in government. You feel more welcome, more part of the community, more motivated to participate. Everybody is happy. Thumbs up!” exclaimed Abshir, who has lived in Lewiston since 2011, and did not provide a family name.

A list of issues people on Lisbon Street on November 7 felt that the city council must address include the need for additional parking lots in town, more low-cost after school options for kids, cultural and workforce training for new immigrants so they can get good jobs close to home, and greater investment in the schools. There was general agreement that passage of the referendum to add a new wing to the high school was a positive move. Many people explained that English Language Learning classes are currently held in the basement, and that this causes students to feel marginalized in relation to the school as a whole.

Sally Sutton, Program Coordinator of the New Mainers Resource Center at Portland Adult Education, said, “I hope the results of these elections are a sign to the rest of the country that Maine is a safe and welcoming place to live and raise a family.” Sahra Habib of Lewiston agreed. She said she had looked at many other states to make sure she settled in the right place for her family – Ohio and Oregon among them – but returned to Maine. “Lewiston is the best place to live. We know each other here. Here we love and respect everyone. This is home.”