Hate has no home in Maine! 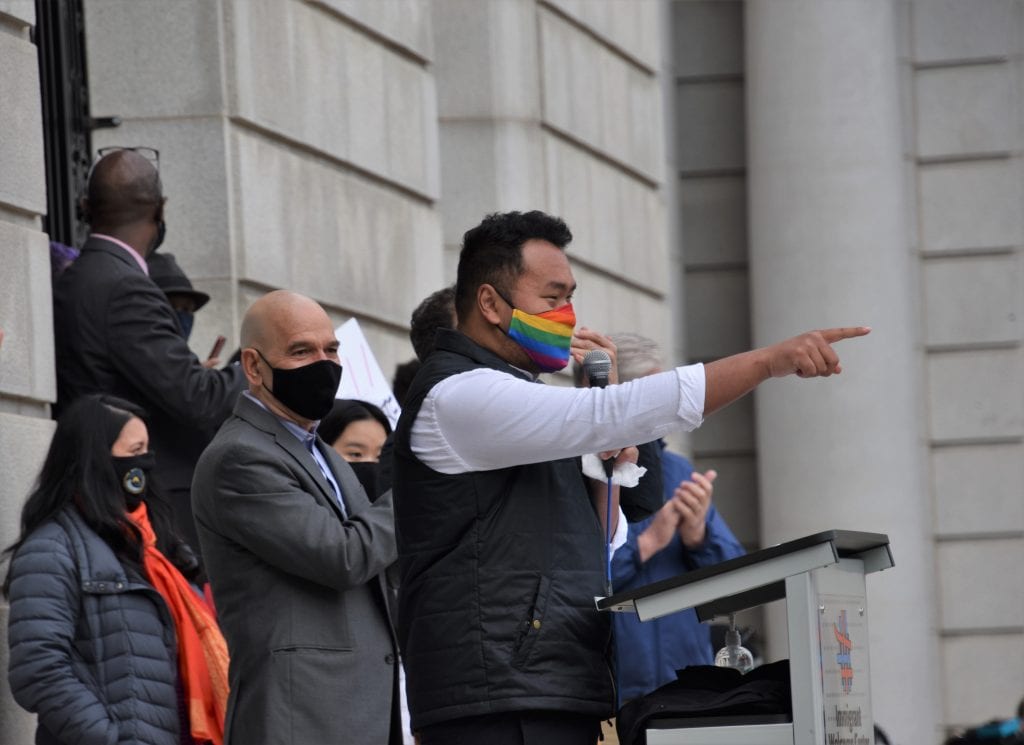 On March 28, a crowd of approximately 100 people gathered in front of Portland City Hall to protest Anti-Asian hate and rally for multiracial solidarity. The rally was organized by Marpheen Chann, President of the Cambodian Association, in the wake of nationwide anti-Asian rhetoric and violence.  Chann said he wanted to show the community that hate has no home in Maine, and he urged all Mainers to work together on the local and state levels to end violence. A vigil against Anti-Asian violence organized by United Asian Communities, Portland Public Schools, and the Greater Portland Immigrant Center is slated for Tuesday at 5:15 p.m. in Payson Park, Portland. A rally organized by the Peace and Justice Center of Bangor was held in Peirce Park, Bangor on March 25. 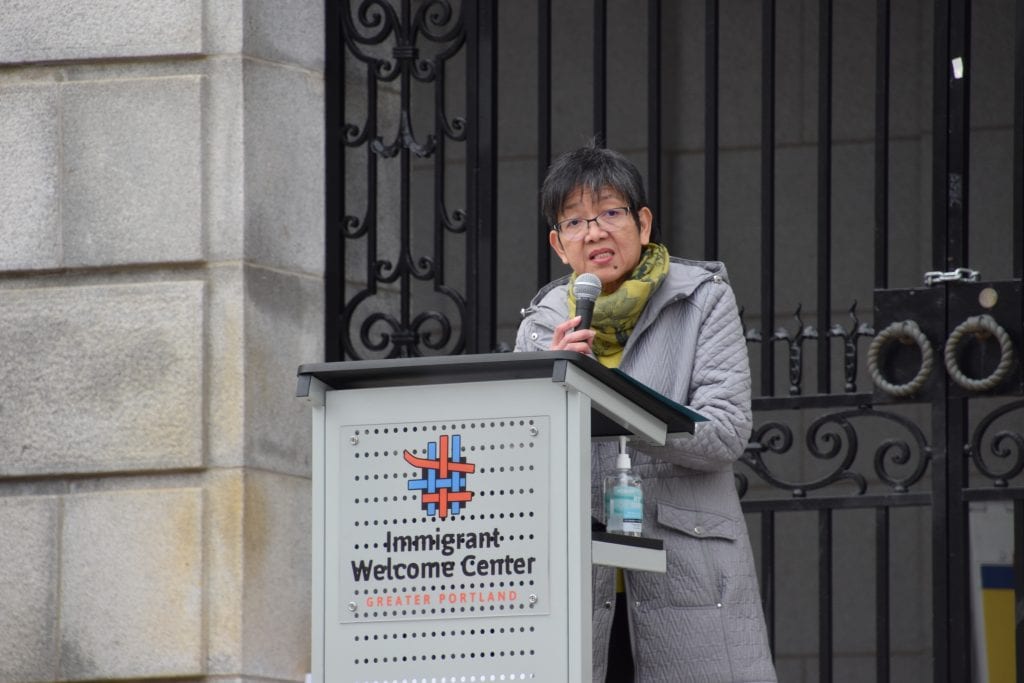 Grace Valenzuela, Director of the Multilingual and Multicultural Center of Portland Public Schools 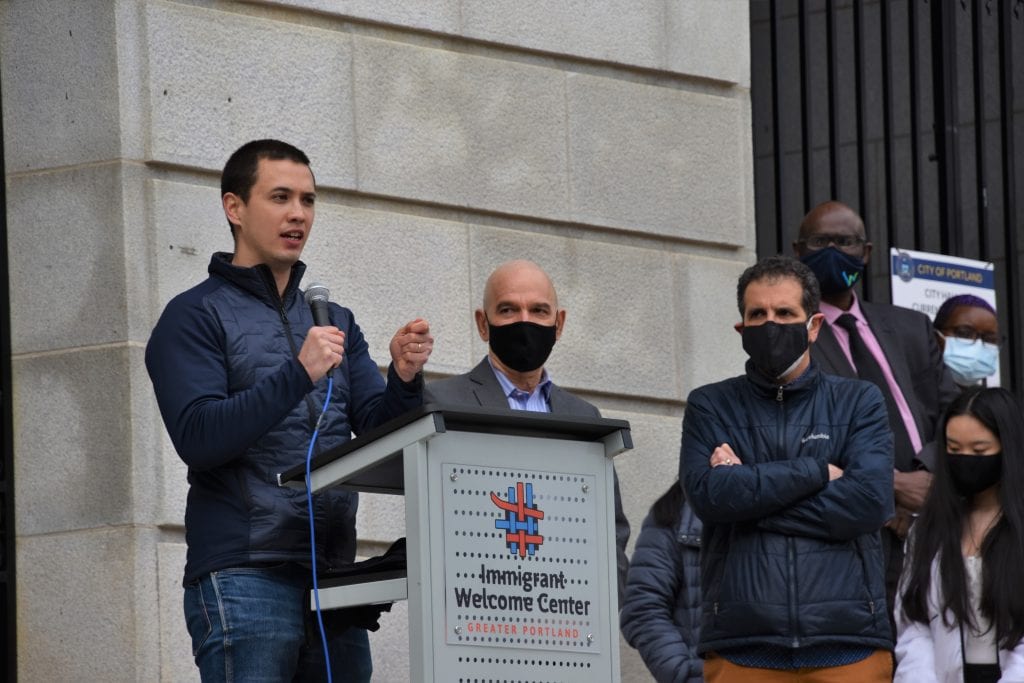 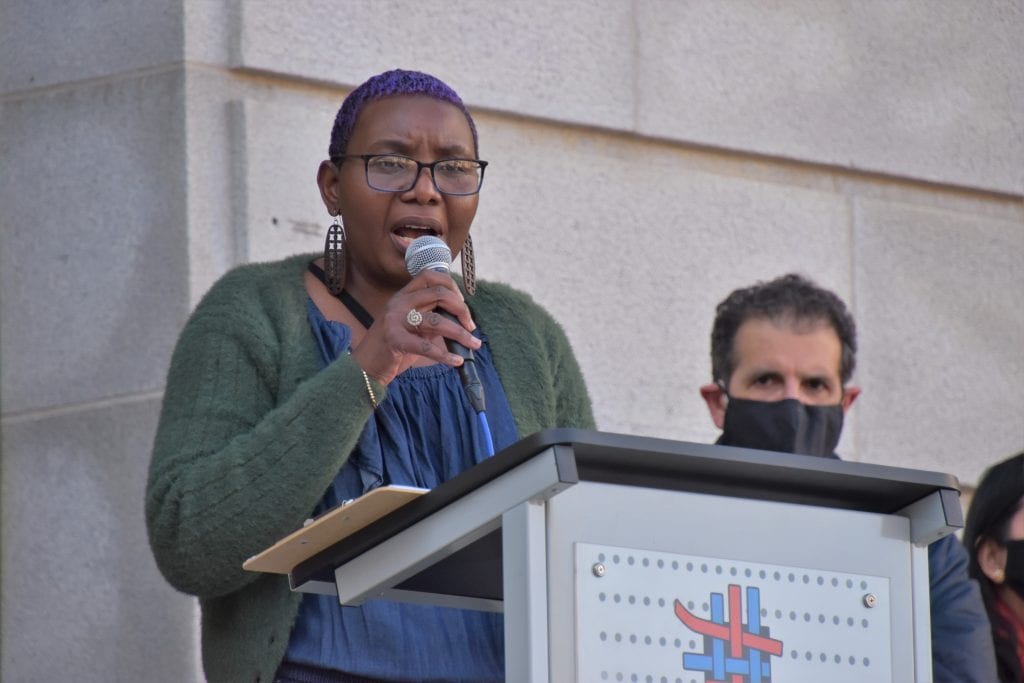