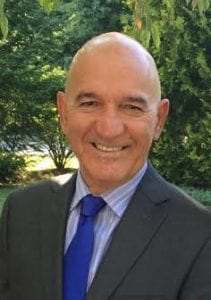 Reza Jalali, noted writer, educator, activist, and former refugee from Iran, has been selected to lead the Greater Portland Immigrant Welcome Center (GPIWC). His appointment follows an extensive nationwide search process that included forty applicants and culminated in a unanimous decision taken by the search committee. The executive director role became vacant after the untimely passing of co-founder and Executive Director Alain Jean Claude Nahimana in May. The position had been filled since Nahimana’s passing on an interim basis by Shima Kabirigi, also a co-founder of Greater Portland Immigrant Welcome Center. 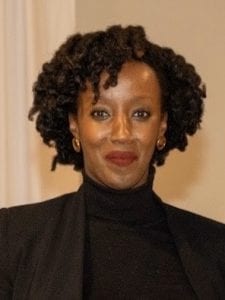 Shima Kabirigi has served as Interim Executive Director of the Greater Portland Immigrant Welcome Center since Nahimana’s passing in May 2020.

“As a former refugee, I feel honored to be given the chance to serve the immigrant communities. I see it as repaying my debts to a state that has offered me the opportunity to start a new life. I am deeply honored by the confidence others have placed in me,” said Jalali, adding, “The Center’s work is so important. It is much larger than me – much larger than any one person. It is intimately connected with the future of the state.”

Greater Portland Immigrant Welcome Center is a Portland-based, nonprofit organization that serves as a hub for organizations and individuals to collaborate and help Maine’s thriving immigrant community fully reach its civic, economic, and social potential. The Center’s three pillar programs are the Immigrant Business Hub, the iEnglish Project, and Citizenship and Civic Engagement. IWC was founded in July 2017. When co-founders Nahimana, Damas Rugaba, and Kabirigi started the Center, they wanted to shift the conversation about immigration. Nahimama explained in a March 2019 article in this publication that they wanted to help “bring a new narrative, leaving behind a defensive stance and building a proactive stance instead.”

“I know I am standing on the shoulders of giants and that I have big shoes to fill,” Jalali said. He emphasized that he plans to continue Nahimana’s strong legacy, both within Maine and on a national level. 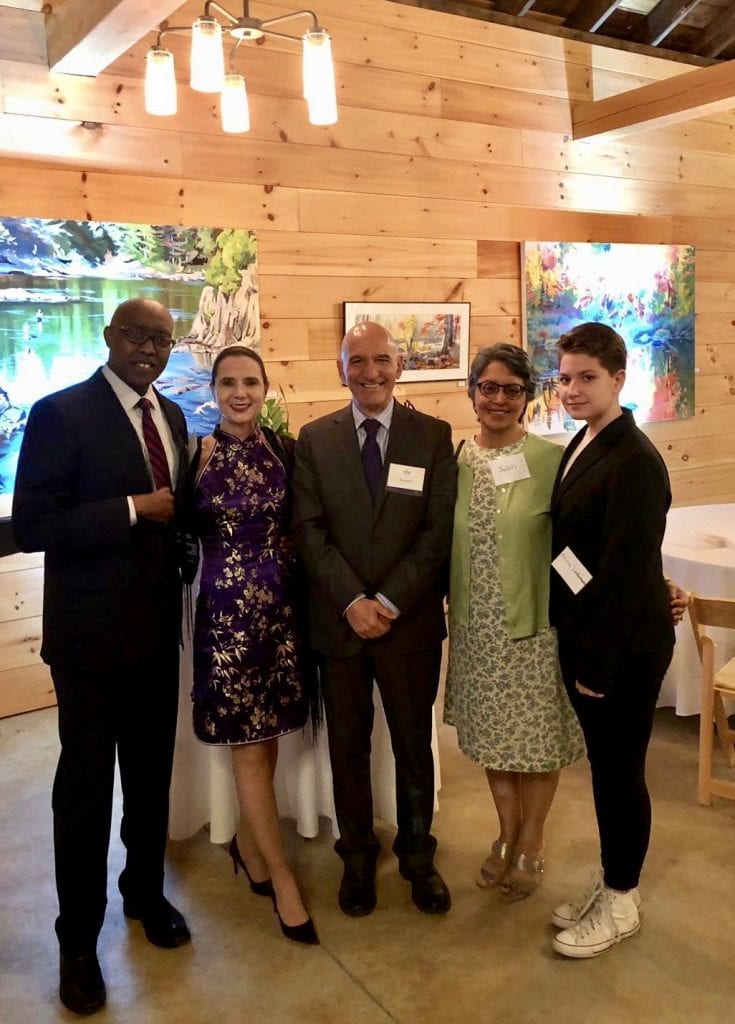 “Alain Nahimana had a lot to teach us. His calmness was so important, and he had a vision, a dream for immigrants in Maine. He started us all down a path, and many people have made a commitment to make sure his dream will be sustained over the long haul. I am honored to have the support of the community and the board to continue his legacy,” Jalali said.

Kabirigi reflected on the Center’s last six difficult months. “The loss of our co-founding member and executive director, Alain Nahimana, coupled with the global pandemic, acutely impacted the GPIWC, its staff, and board. We were tested in numerous ways, but we proved to be resilient and tenacious. Our resiliency is directly tied to our unwavering commitment to our mission and value. What we created three years ago, not only resonates with our community but reflects the aspiration we had when we created this organization, that all immigrants can reach their full civic, economic, and social potential. I look forward to having Reza lead us towards that vision.”

Kossi Gamedah, Board Member and Chair of the Search Committee said, “The search committee and GPIWC are pleased with the outcome of the search. We thank Ian Yaffe, Cathy Lee, Adele Ngoy, Kim Anania, Michael Brennan, Shima Kabirigi and all who contributed to the search or expressed interest in the position. Special thanks to Kim Anania of KMA HR for her role in the process. The position attracted a rich and diverse swath of candidates. More than forty applications were received from around the country. Ultimately, we  know that Reza’s leadership and deep ties to Maine and the communities we serve, will be a tremendous asset to the GPIWC’s operations and mission.”

Jalali is a longtime Maine resident. He has taught at the University of Southern Maine (USM) as well as Bangor Theological Seminary. From 2006 to 2017, Jalali coordinated the USM Office of Multicultural Student Affairs, and oversaw the Multicultural Center at USM. Most recently, he served as the Special Advisor on equity and inclusion to the President at USM. He founded Portland’s first immigrant advocacy center, with an office at the former Chestnut Street Methodist Church. The center served as a home for a coalition of Maine’s early immigrant groups. That coalition is credited with planting the seeds for the establishment of Maine’s many immigrant-founded and immigrant-run organizations in later years.

As a human rights activisit and former member of Amnesty International USA’s Board of Directors, Jalali led delegations to refugee camps in Turkey and Bosnia. He participated in many United Nations-sponsored international conferences and was invited to the White House as part of a national delegation to discuss the plight of Kurdish refugees fleeing Iraq. He is the author of several books, including a children’s book, Moon Watchers: Shirin’s Ramadan Miracles, which received a Skipping Stones Honor Award. His forthcoming book, co-authored with Morgan Rielly, tells the stories of Maine’s immigrants and is due to be published in June 2021. The book is a sequel to the 2009 New Mainers, which Jalali co-authored. He has a master’s degree in human services administration from Antioch New England Graduate School and an MFA in Creative Writing from USM. Jalali has served on numerous boards and is currently a member of the Maine Arts Commission, the advisory board of the New England Arab American Organization, and the Asian American Association of Maine. He lives in Falmouth with his wife Jaleh Hojjati, and is the father of two grown children.

Board Chair Mary Allen Lindemann said, “Shima, our search committee, board and staff have done an extraordinary job over the past six months of ensuring the Center continued to do the work already in process while navigating the many challenges Covid presented, along with the unexpected death of our Executive Director.  We could not be more fortunate to have someone with Mr. Jalali’s experience, both personal and professional, to take on leadership of the Center as we move forward.”

“I want to congratulate GPIWC and Mr. Reza Jalali for his new role as the Executive Director,” said Clemence Nahishakye, mother of Alain Jean Claude Nahimana. “Mr. Jalali’s biography indicates he has a lot in common with my son Alain Jean Claude —  mainly a sense of community, inclusive values, and the desire to always help others. My hope was that my son’s successor shares the same values so his vision, his legacy and his tireless advocacy work for civil rights and immigrants can continue. Best of luck and blessings to Mr. Reza Jalali.”

Governor Mills added her congratulations, saying, “Reza is a friend and I respect his vast and considerable talents which will serve the Greater Portland Immigrant Welcome Center well. I wish him the best and look forward to working with him.”

Senator Angus King said, “Reza Jalali is an experienced and respected community leader, a close friend of Mary’s and mine, and an excellent choice to serve as the next director of the Greater Portland Immigrant Welcome Center. As a former refugee, Reza understands the challenges that new Mainers face; as a resident of Maine for the past 35 years, he has seen first-hand how a generation of immigrants has contributed to our state. Anyone taking over a role from the late Alain Nahimana has big shoes to fill, but I know Reza is up to the task. I congratulate him on his appointment, and look forward to working with him and his team to improve the lives of our state’s immigrants.”

And Congresswoman Pingree said, “Alain Nahimana left big shoes to fill at the Greater Portland Immigrant Welcome Center, and I know that Reza Jalali will take this role on with grace. Having arrived in Maine as a refugee more than 30 years ago, he has deep ties to the immigrant and refugee communities in our state. I’m thrilled to see his appointment as the new Executive Director and I’m looking forward to working with him in support of our newest neighbors.”

Jalali will formally assume the Executive Director role on December 21.