From the Ground: Gabon 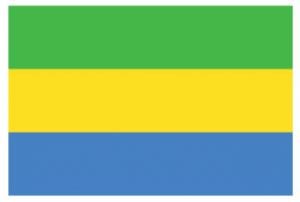 President Ali Bongo Ondimba of Gabon returned to the country on January 15, 2019. One week earlier on January 7, a failed coup attempt was made on his government by a small group of Republican Guard officers. President Bongo had been out of the country for several months, recovering from a stroke at the King of Morocco’s residence in Rabat. He has named a new prime minister, Julien Nkoghe Bekale, and has sworn in a new government, apparently in an attempt to stabilize the country. The officers involved in the coup attempt have been arrested; some have been executed. Their stated purpose in trying to oust the president was the restoration of democracy following the 2016 elections, during which President Bongo was widely accused of electoral fraud and vote-stealing. Our sources express great concern over the power vacuum caused by the illness of President Bongo and his absence from the country. They note that upon his return he has appeared in a wheelchair in photos. They worry that he will be incapable of leading the country, going forward. Gabon is rich in natural resources and has a population of only two million inhabitants. Despite these advantages, however, it has suffered economically during President Bongo’s regime. The Gabonese people pray for a better future.