From The Ground: Nigeria 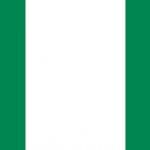 Saturday, February 16, 2019, is election day in Nigeria, and  -the field includes 69 candidates. The dominant candidates, however, are the 77-year-old incumbent, President Buhari, and Atiku Abubakar, a 73-year-old billionaire. President Buhari is the candidate of the All Progress Congress (APC) and a retired major general who won the election in 2015 and is now running for re-election. Abubakar is the candidate of the People’s Democratic Party (PDP). He served as vice president during the presidency of Olusengun Obasanjo, from 1999 to 2007.

Nigerian-born Mainers who spoke to Amjambo Africa! stated that between these two primary candidates, they support President Buhari. They say that Buhari has worked hard to weaken the Boko Haram terrorist movement, fight against corruption, and improve the nation’s infrastructure. They report that his major weakness has been addressing challenges to the economy. They also worry about the health of President Buhari – for the last several years, he has been struggling with his health, and they fear that if his condition deteriorates this would be a serious problem for the nation.

Our sources expressed great concern over candidate Atiku. During his vice presidency, he was accused of extorting millions of dollars and transferring them to the coffers of his fourth wife, Jennifer Douglas, now an American citizen who resides in the U.S. He is said to have been barred from entering the United States from 2005 until this year, when he was photographed at the Trump International Hotel in Washington, D.C., on January 17 and where he was to meet with the chair of the House of Representatives Foreign Affairs Subcommittee on Africa. Nigerians fear that if billionaire Atiku wins the election, he could plunge Nigeria back into a new era of corruption – something the country has been fighting against for years.

On Saturday, February 9, a fire at the Qua An Pan office of the Independent National Electoral Commission destroyed ballot boxes, ballots, and other material connected to the upcoming election. Observers speculated that the fire might have been set to undermine the election. However, the public has been assured that the elections will proceed on schedule, and that all destroyed material will be replaced in a timely manner. Nigerian elections have been marred by violence for many years. According to International Crisis Group, 108 people were killed in violence connected with the elections in 2015, and 800 people were killed in 2011. Nigerians are hoping for a peaceful transfer of power this time around.

UPDATE! The National Electoral Commission postponed elections for one week just five hours before polls were due to open. Many Nigerians had already traveled long distances to reach their home state, in order to be there by election day. Some may not be able to repeat the journey in order to vote. The reason cited for the postponement was logistics. Recent weeks have been marred by the burning of voting materials, bad weather, and deadly violence. Incumbent President Buhari has said he is disappointed that the elections have been postponed, and Atiku Abubakar has condemned the postponement. Both candidates are calling for calm. Stay connected to Amjambo Africa Facebook page for further updates.