From the Ground: Ghana 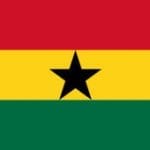 Maine’s Ghanaian community is small, but Ghanaian Mainers who spoke to Amjambo Africa! this month reported that an armed group opened fire during elections for a new member of parliament. This occured at the La Bawaleshie Primary School polling station in the capital city of Accra on Thursday, January 31, 2019. Eight people from the opposition party, the National Democratic Congress (NDC), were injured, two of whom are in critical condition. Some civilians report that four people died from gunshot wounds. However, on the day of the shooting the police department issued a report stating that there were no casualties. Iddi Yire, of the Ghana News Agency, wrote, “The skirmishes, which took place near the La-Bawaleshie Presbyterian Primary School 1A Polling Station in the Ayawaso West Wuogon Constituency, has (sic) nothing to do with voting in the Parliamentary by-election.” The opposition party alleges that the shooters were acting on orders from the government, and has accused President Nana Akufo-Addo of deliberately trying to intimidate voters from the opposition party.

Our sources hope that a fair investigation will be conducted to identify the perpetrators and bring them to justice, in order to discourage further acts of violence in the country. They fear that this violent incident will undermine the reputation of Ghana, which is viewed as one of the most politically stable countries in the region. The Ghana Bar Association condemned the violence, calling it “a serious blight on Ghana’s hard-won democratic credentials and a threat to the rule of law and our democracy.” The Inter-Party Coalition for National Sovereignty led a demonstration February 7 to protest what they say is a growing level of insecurity in the country. They assert that the insecurity is threatening the country’s democracy. Hundreds of civilians joined the protest.