(This article is available in French, Portuguese, and Kinyarwanda – click on the translation bar)

Attention New Mainer entrepreneurs in Androscoggin, Cumberland, Kennebec, Sagadahoc, and York counties: here’s good news about a brand-new opportunity. The Indus Fund is a community-supported, micro loan program for small businesses. In an innovative partnership with cPort Credit Union, the program wants to hear from first-generation, immigrant business owners who might not yet have enough U.S. credit or collateral to use a more traditional bank loan process. Below-market-rate loans of up to $10,000, guaranteed by the Indus Fund, are available for business expansion, equipment, and other needs.

The Indus Fund is the brainchild of founder and managing partner Kerem Durdag, who is currently president and chief operating officer of GWI, the Biddeford-based internet service provider. “We’re terribly excited about it,” Durdag said of the program that officially opened on October 15, 2020. “For the last several years, banks have been realizing the importance of community engagement with communities of color that have been, frankly, intentionally or unintentionally redlined,” he said. (Redlining is an illegal practice that excludes clients or customers based on race or ethnicity.) Immigrant-owned small businesses in Maine generate $48 million in revenue each year, and immigrant households hold nearly $954 million in spending power, according to an Indus Fund overview. “There is a growing realization that [banks] need to evolve as much as society has evolved,” Durdag said. Because banks must manage their risk, loans to those without established credit may come with interest rates of up to 25%. With $300,000 raised toward a goal of $1 million, and ready to take applications, Indus Fund backing will allow cPort to shoulder greater risk while offering much lower rates.

To seek a loan from this program, an applicant will go through cPort’s established underwriting process. After cPort makes a loan, the Indus Fund will help point the recipient toward a mentor network convened and administered by the Maine Department of Economic and Community Development (DECD). This network brings together the various advisory organizations that already exist, so the loan recipient can make one phone call – rather than many – and DECD will help match the person with appropriate support. “This allows traditional mentor networks, to whom we are very grateful for their participation, to get into the potentially uncomfortable spots of engaging with immigrants, and allows the immigrant business owner to access an amazing amount of expertise,” Durdag said. By helping New Mainers in tangible, visible ways, the state of Maine can be “part and parcel” of the solution for communities. “We are trying to do our part in coalescing society together in ways for the 21st century, through equity, diversity, and social equality.”

Gene Ardito, CEO of cPort Credit Union, shares Durdag’s enthusiasm. “I’m personally very excited about this partnership,” he said. “Kerem and his team … recognized that we were doing some good things with the New Mainer community. I think it’s a terrific partnership of leveraging the strengths of all of us.” He said the Indus Fund leaders have the background, the ability to communicate well, and the money, and cPort has a loan infrastructure already built, along with extensive connections within the immigrant community. Ardito calls the partnership “ideal.” 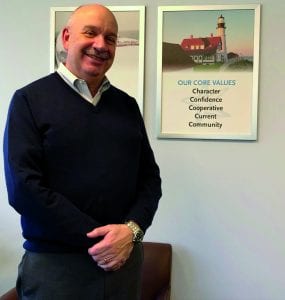 When Ardito left the world of big banking to join cPort in 2004, “I realized that for us to do something good in the community, I needed to reach out to people who are underserved.” He got personally involved in what is now ProsperityME. “I started on the ground, being open-minded to their needs, trying to help them get established in banking and loans. We’ve been growing this kind of approach since 2004 and 2005, and trying to get better at it.” He is committed to listening to his customers’ concerns and issues. Most cPort documents are already in five languages, for example, and cPort has a phone service that provides instant translation via a three-way call.

“I think cPort does a good job of having an employee base that represents our community, and that is a key to our success,” he said. These aren’t token hires and aren’t just for business purposes. “We have great people who speak multiple different languages.” That means they can communicate effectively with people who go to cPort to open accounts. “The thing that we are good at – and this is something that I push strongly at cPort – is let’s see what the barriers are, and find a way to get over those barriers or break down those barriers. So that’s what we do, not just for the immigrant community but for all communities. If someone presents a challenge to us, we take some time to see if we can figure it out.” At some branch locations, as much as half of cPort’s business is with New Mainers. 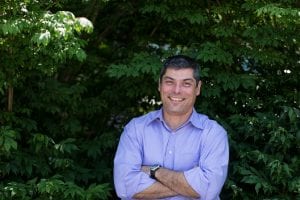 This commitment has won cPort much good will, something that Kerem Durdag and the Indus Fund recognized. “Gene [Ardito] and I instantaneously latched onto [cPort’s] ability to have that trust with the immigrant community.” In some other countries, he said, banks have been associated with government nepotism. “It takes an enormous amount of trust for immigrants to trust a bank, and cPort has accomplished that. I think Gene saw in us that we are in it for the long haul” because the Indus Fund is willing to put its capital at risk, using cPort’s existing loan process and workflow, for the 10-year initiative. This will “give something to the community that has longevity and sustainability because it is a generational effort,” according to Durdag.

The lenders will be as flexible as they can, even at such low interest rates. “A 3.5% loan is extremely wonderful and everybody’s still going to make their nut on it,” he said. Business owners who are interested in a loan need to have some operating history. “It can’t be a startup with a paper napkin idea.” They need to have an idea of what they want to do with the money, whether that’s buying a stove or a machine or expanding operations in some other way. Part of the loan and mentoring process includes a six-month follow-up with a loan recipient.
Within Maine, other mechanisms already exist to fund growing businesses and startups. If a business or individual applies and doesn’t qualify through the cPort process for whatever reason, the Indus Fund has a resource sheet that lists other options. Those entities, which already know they may get calls from immigrant business owners, include Maine Technology Institute (MTI), Coastal Enterprises Institute (CEI), New Ventures Maine, Maine Center for Entrepreneurs, SCORE, and others. Durdag and Ardito are part of an ecosystem that is trying to make these infrastructures reach out to and participate with the immigrant community.

After making loans and helping the recipients toward success, Durdag and Ardito look forward to the positive data they can collect about how the loans are used and paid back. Micro loan success will help immigrant business owners establish a credit track record that allows them to apply for larger loans from organizations like MTI and CEI. The data also will demonstrate to other lending institutions that these risks are good ones. “Our hope is to get that data published in a peer-reviewed fashion,” said Durdag. “We want to share it with other banks and have other banks participating as investors in the fund. Everybody wants to learn.” One goal of the Indus Fund leaders is for their idea to be replicated by other organizations for other communities, not just in Maine but around the region and around the country. Durdag doesn’t know of many other similar initiatives.

“This comes from a wellspring of desire to redress the lackings of the past,” he said, based on a moral and ethical obligation to help provide infrastructure for immigrant business owners. “Gene and I…believe very, very strongly that that’s our societal obligation, and society includes the immigrant community. We’re trying to make sure the proverbial duct tape, the connective tissue of society, stays together.” He and the Indus Fund investors are “maniacal” about inclusion, he said. “We want to play our maniacal role in closing the economic divide. There are inequities out there, there are xenophobic attitudes out there. And we want to close the gap in an infinitesimal way, but do our part.”

As a first-generation immigrant who went “through the trenches” himself, Durdag has first-hand experience of how and why people say “no” in the state of Maine. After a number of rejections, he first received grants and then loans 25 years ago from the precursor to MTI and eventually MTI, respectively, saw his company grow as a result, sold the company, and paid back the loan. Since then, he has received additional MTI loans, including in his current position at GWI. Because of his long association with MTI, he got to know the banking industry, through which he then encountered the Finance Authority of Maine (FAME). “That ecosystem has been enormously beneficial to me in my trajectory, and enormously supportive of things I’ve tried to do professionally” he said. “It takes a village.”

Both he and Ardito want the immigrant community to be at the table for conversations and opportunities like Durdag had. But the first step is spreading the word about the Indus Fund and its mission. They are in the midst of a push to publicize it through newspaper advertisements, social media, and through people who can get the news out into the community, such as the Greater Portland Immigrant Welcome Center and ProsperityME. “Once a couple [of people] come through and go through the process, news will spread, and it will empower people to seek it out. I’m a firm believer in that,” said Durdag.

For more information, visit cPort Credit Union and ask about the Indus Fund.