Epicenter of Ebola in DR Congo South of Beni 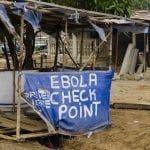 The Minister of Health in the Democratic Republic of Congo(DRC) released the latest figures in the most recent ebola epidemic on April 4. According to these figures, 636 people have died since the outbreak began in August 2018; 100 of these deaths have occurred in the last three weeks. The outbreak has sickened at least 1051 people, and 339 of these have been successfully treated. The outbreak began in North Kivu, and spread to Ituri, but the epicenter is now 50km. south of Beni, in Butembo-Katwa. The epidemic has been difficult to contain because of the lack of security in eastern DRC.