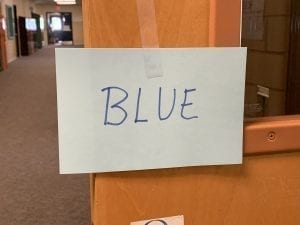 Laughter and smiles filled the air in the “Blue Room” as sixteen asylum seekers – 14 women and 2 men – worked in pairs practicing the beginning conversational phrases volunteer English instructor Lindsay Kaplan had just introduced. One of the students cradled a sleeping baby in the crook of an arm as she introduced herself in halting English to her partner. Another woman, heavily pregnant, giggled as she moved her lips to pronounce the unfamiliar sounds in “How are you?”

Down the hall, a smaller group of slightly more advanced students – equal numbers of men and women – discussed professional aspirations, the U.S. community college and university systems, the foods they like, and the usefulness of watching You tube videos and tv shows to speed up English acquisition. 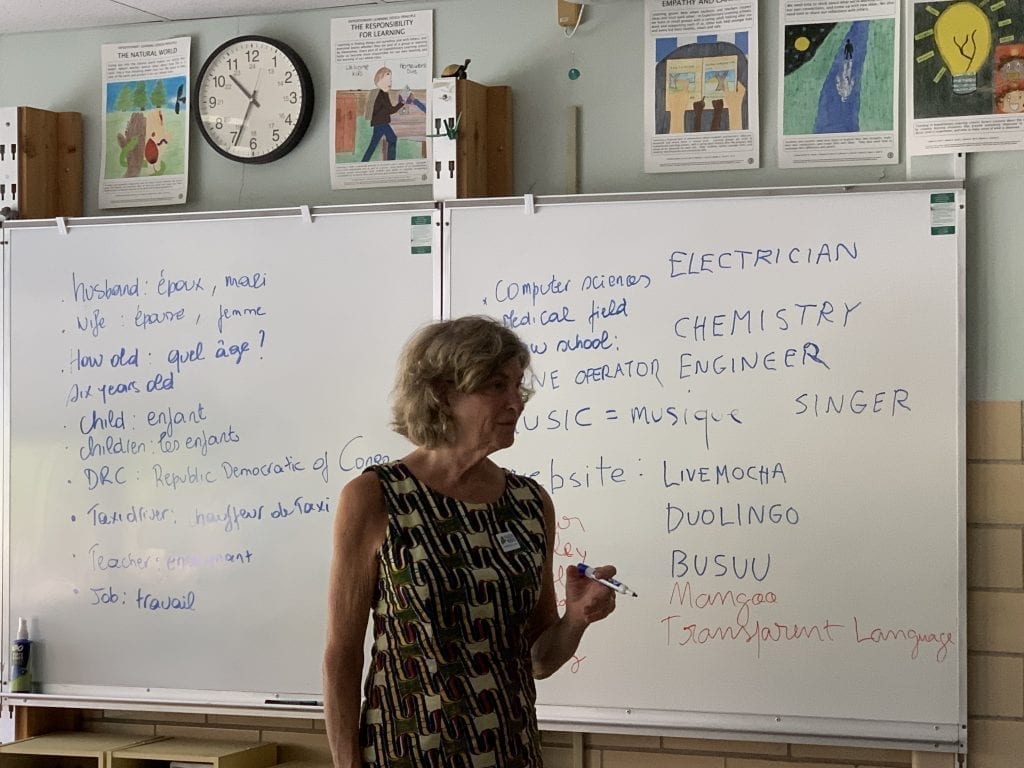 Susan, a teacher from In Her Presence, leading the advanced beginners

In a third classroom, the focus was on counting, asking questions, and the verb ‘to have.’ Teachers asked, ‘How many (noun) do you have?’ and the men and women chimed in enthusiastically with ‘I have’ responses.

All of this took place at King Middle School on the morning of July 22 as the first formal English classes got underway for the asylum seekers staying in the Expo Building. Organized by a one-year old English as a Second Language (ESOL) collaborative convened by Julia Trujillo of the City of Portland’s Office of Economic Opportunity, the month-long program is a team effort. Members of the team are Hope Acts, Portland Adult Education, Learning Works, the Y, In Her Presence, Salvation Army, the Children’s Museum of Portland – all organizations that teach English, among other programs. Carolyn Graney of Hope Acts, Claudette Ndayininahaze of In Her Presence,Valerie DeVuyst of Westbrook Adult Education (formerly of Portland Adult Education), and Julia Trujillo were all on site July 22 to make sure the program was properly launched.

The program is designed to give the asylum seekers a boost as they prepare to move out of the Expo and into communities in Maine. The collaborative organized the location for classes, the schedule, volunteer teachers, childcare, and a curriculum. When they put out the call for volunteer teachers, they received dozens of responses in short order. 60 volunteer teachers have now been trained in the curriculum the collaborative agreed to use. Volunteer interpreters in French, Portuguese, and Lingala are on board to help as well. Each class is led by a team of three that includes experienced English teachers and an interpreter – and each class will meet twice each week for two hours each session. The focus is oral communication. 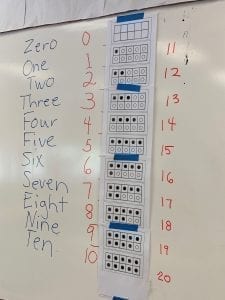 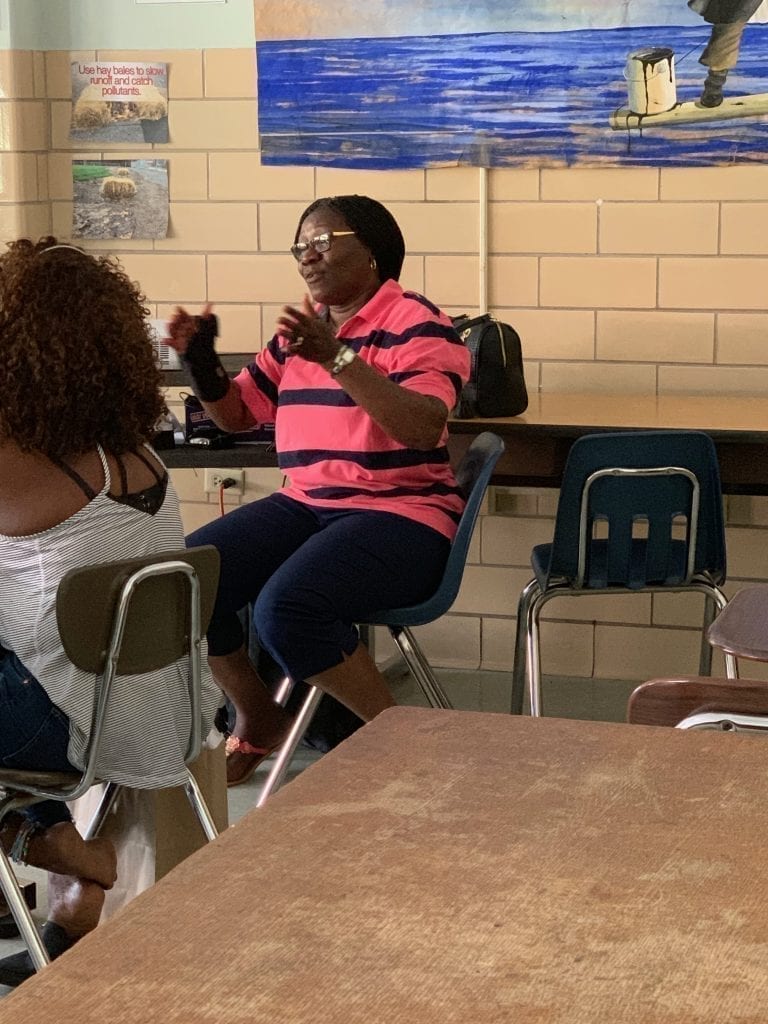 Childcare has been organized on site at King Middle School by the Children’s Museum of Maine. Some volunteers from the United Way list are helping as well, and older asylum seeker children are serving as interpreters with the small children. On the morning of July 22 a roomful of toddlers played peacefully and a few children slept as their parents attended classes.

Lily O’Brien, an educator with the Children’s Museum, reported that legos were the most popular toy of the morning. “The children are doing quite well – and it’s the first time they’ve been away from their parents in a while,” she said.

While the young children and the adults were at King Middle School, the older children were busy attending programming organized by the Portland Public Schools. Over the next few weeks, families will be moved out of the Expo, and organizers of the English program expect the number of participants to dwindle at that point. There are currently 80 students who have completed intakes and started classes. The organizers expect more people to sign up for classes tomorrow, as they hear positive reports about today’s first class sessions. The program will continue for four weeks. 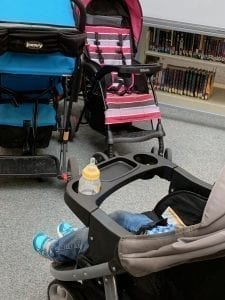