Election Season in the U.S. and the Republic of Congo 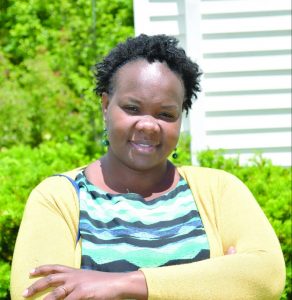 The period leading up to an election is critical, whether you are in a country where democracy is somewhat advanced, or in an emerging country where democracy is just a simple slogan. Either way, in pre-election times, people experience different levels of pressure from political leaders who are looking for votes – votes either for the good of the people, or for the good of the politicians.

I come from Congo Brazzaville, which is located in the Central Africa region, and was colonized by the French. Its school system, governance structure, and administration are all built in the French style. In Congo, elections are not an expression of people’s rights. Instead, they are a silent form of oppression. In Congo, there is one political party that has run the country for over 38 years. It is hard to imagine that after so many years, there is anything better that the party could bring in now, which they have not been able to bring during all those years. People are tired of begging for food, financial stability, economic growth, health, security, and so on.

Election season in Congo has become a moment when candidates don’t push their ideas forward for the betterment of the people. Instead they use the season to buy trust and approval from the people. They threaten them with war, hunger, and insecurity if they vote their own minds against the candidates. So, instead of being a period of excitement in anticipation of a new era, welcoming new ideas, people become afraid of what will happen if something in fact changes – which, by the way, is impossible unless the current leaders all die.

During election season, people get more excited about the items that will be given away in exchange for their votes – clothes, furniture, electronic devices, money – than they do about ideas, new reforms, and new laws. Election season has become like a holiday, an era of offering material opportunities.

Some community organizations and young people do rise up to share their voices. Laws and institutions to regulate the election process fairly do exist. But how are those regulations that are on the books enforced? We do not know how much effort and blood will be needed to create tangible change. And often, as opposition leaders rise in the community, they find themselves shut up in prison, falsely accused, killed, or forced into exile outside of the country.

While Congo is still struggling to grow their democracy, the U.S. has a lot of experience to share with the entire world. The respect for democracy is constitutional and everybody knows that. Term limits are mandated. And the country has been rising from racial segregation and injustice toward more freedom and equality. Although there is still systemic inequality, it is nothing compared to Congo. Justice does its work, people vote for ideas, they follow presidential debates, and seek reforms where needed. Many people are voluntarily involved in the process, working to make things better. Media coverage is available for everybody. People donate their money and their time to produce the change that they seek.

However, the question remains, this year’s 2020 election season is different in the United States than other years, with so much going on at once – widespread doubt about the outcome of the election, massive election fraud believed by many to be underway, conspiracy theories, protests, Black people being killed by the police, measures taken against immigrants, gun owners threatening their fellow citizens.

In Africa, many opposition parties refuse to accept the outcomes of elections, calling them fraudulent. Africans know how that works. Are we going to experience the same thing here in the United States?

What will happen after the election? Do we need to be worried? What can we do to keep this land peaceful, welcoming, and standing for justice for all, the way it has always been – or perhaps even better?

Roseline Souebele is a resident of Hope House