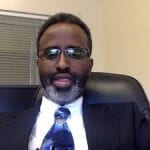 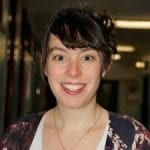 Alyson Dame and Abdullahi Ahmed have served as interim co-principals of Deering High School since last August. After a nationwide search, Ms. Dame and Dr. Ahmed emerged as the top choices to lead the school on a permanent basis. The Board formally approved their appointment at its April 7 meeting.

PORTLAND, Maine – The Portland Board of Public Education has voted unanimously to approve the appointment of Alyson Dame and Abdullahi Ahmed to serve as co-principals of Deering High School on a permanent basis.

Ms. Dame and Dr. Ahmed have served as interim co-principals since August of last year. Following a nationwide search, Superintendent Xavier Botana recommended the pair to continue on in a permanent leadership role. He brought the recommendation to the Board at its April 7 meeting, held virtually due to the COVID-19 crisis.

“As we entered the search process in January, we were committed to finding the best leadership for Deering High School. We have found that in Ms. Dame and Dr. Ahmed,” Botana said. “We held a selection process that included 21 candidates from six states and four rounds of screening, resulting in six finalists. We emerged confident that Ms. Dame and Dr. Ahmed are the right leaders to build off the many successes of this year.”

Botana said Ms. Dame and Dr. Ahmed “made a clear and coherent case for how they complement and strengthen each other, and make each other exponentially better as a result.”  He also said, “I was most impressed by their ability to articulate a vision for Deering that is aligned to our district’s commitment to the Portland Promise, our district’s strategic plan.”

He said that over the past year,  the two have attained important results. Under their leadership, staff, students, and families have been engaged and the whole Deering community has contributed significantly to a positive year. Also, Ms. Dame and Dr. Ahmed have shown a commitment to “tapping the great diversity of background and perspective that makes Deering unique to help make the school stronger,” Botana said.

Ms. Dame and Dr. Ahmed as co-principals were the top-ranked choice of the site based interview panel. Botana expressed his gratitude to the 23 members of the Deering community that participated in the process.

Interim Assistant Principal Jim Moses also will continue next year in that acting post, Botana announced. “Mr. Moses has been an integral part of the leadership team this year, and we are grateful for the steady leadership he will continue to provide next year,” Botana said.

Board Chair Robert Rodriguez said, “Over the past year, the school has been in the very capable hands of Co-Principals Ms. Alyson Dame and Dr. Abdullahi Ahmed. I’m pleased now to support their appointment on a permanent basis. A nationwide search confirmed that we already had the best people for the job right there at Deering. With the uncertainty caused by the COVID-19 virus, I am grateful for the continuity this team of three outstanding school leaders will provide to Deering.”

Ms. Dame joined the Portland Public Schools in 2018 as a Deering assistant principal. She held that position until being appointed co-principal last year. Ms. Dame holds a bachelor’s degree from Oberlin College, where she majored in religion and environmental studies. She then studied religion and secondary education at Harvard Divinity School. After earning a master’s degree in divinity, she discovered that she felt most at home in the high school classroom. She taught English for seven years at Abraham Lincoln High School in Brooklyn, N.Y., before becoming an assistant principal at that school, overseeing English as a new language, data, and educational technology for three years. She holds a school building leader certificate from the Leaders in Education Apprenticeship Program in New York. She grew up in Maine, so was happy to return to the state after nearly two decades away.

Before becoming acting co-principal last year, Dr. Ahmed had been an assistant principal at Deering High School in Portland since 2015. He started at Deering about a decade before that, teaching physical science and Arabic. In 2013, he became the first certified public school teacher of Arabic Language in Maine. He joined the Portland Public Schools in 2001 and his previous experience includes teaching physics and chemistry at Portland High School and science at Lyman Moore Middle School. Dr. Ahmed earned a doctorate in educational leadership from the University of Maine. His dissertation research focused on refugee parental involvement in schools. He holds a master’s of science degree in education from the University of Southern Maine, and earned his teacher certification through USM’s Extended Teacher Education Program (ETEP). He also holds a bachelor’s degree in mining engineering from Pakistan. Dr. Ahmed was born and raised in Somalia and speaks Somali, Arabic, English, and Urdu.