Stay informed about the COVID-19 pandemic to keep yourself and your community safe!

The Maine Center for Disease Control (CDC) is reporting five additional deaths in Maine as of midnight March 26, one between 40 and 49 years old, two between 60 and 69 years old, and one between 70 and 79 years old. One individual was over 80 years old. There are 78 people in the hospital as a result of COVID-19, with 26 in critical care.

Mainers are urged to continue protecting themselves and their communities from the virus, which continues to circulate, with new variants detected in the state. The variants are thought to spread more quickly, and may be more deadly, than previous strains.

The 7-day average for new cases in Maine is 214 as of March 26, which is significantly higher than it was in mid-February, when it was 137.4. This uptick may be because of the circulation of the new variants. The Maine CDC, as well as the U.S. CDC, are urging caution. A huge concern is that the variants will spread before the population reaches immunity from vaccinations. If this happens, Maine is likely to see an increase in new cases, with more serious illness and possible deaths.

As of March 7, Black people had died at 1.4 times the rate of white people nationwide. There have been 2,339 cases of COVID-19 among Black or African American Mainers; 758 cases among Latin Americans; 530 among Asian Americans.

By March 27, 18.6% of Maine’s population had been fully vaccinated. This is far from enough people to provide protection for the general population. Of this percentage, some have not yet achieved complete immunity, which does not happen until two weeks after the final dose. 1,826 Black or African American Mainers and 1,577 Asian Americans have received their final dose. 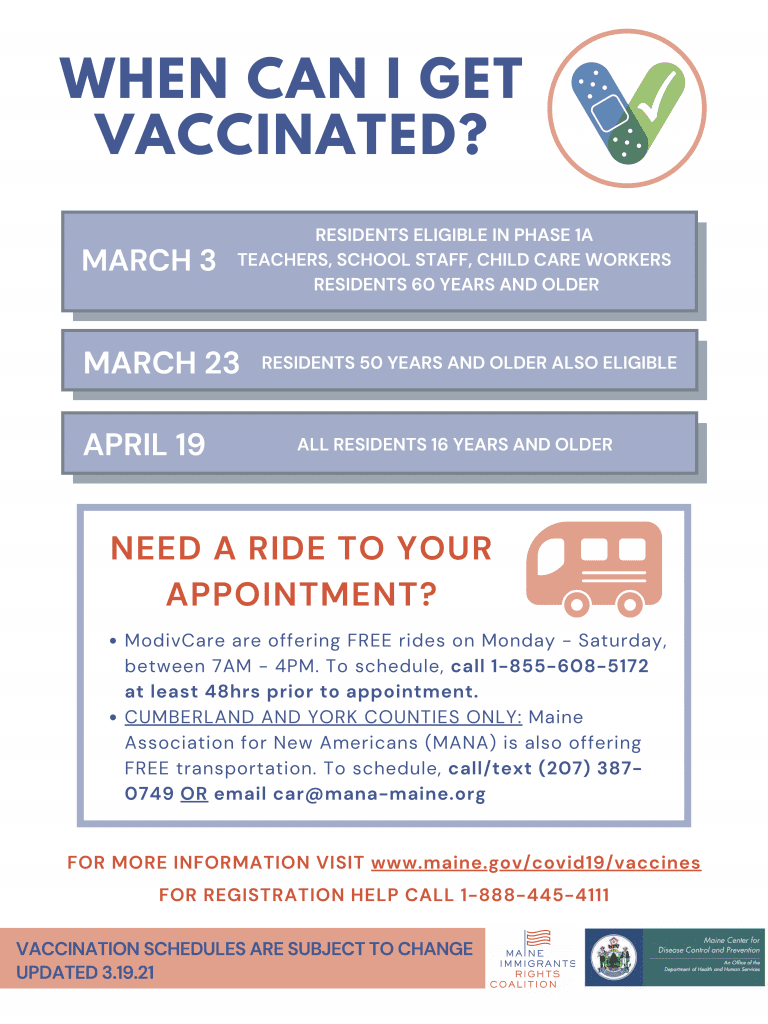