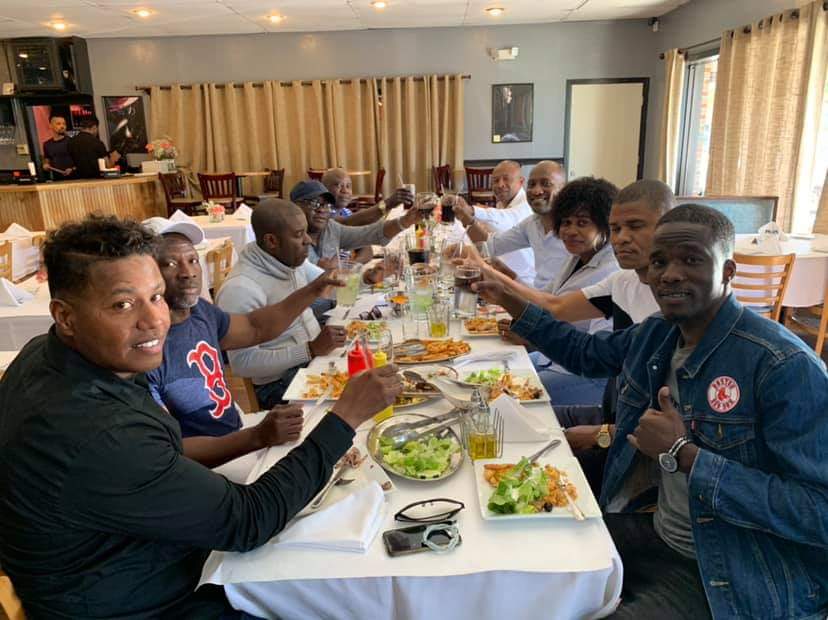 The Republic of Angola is located along the Atlantic coastline in southwest Africa. Angola is 13.6 times larger than Maine, has an area of 481,400 square miles and is Africa’s seventh largest country. The capital city is Luanda. Portuguese is the official language, and the six most common indigenous languages are Umbundu, Kimbundu, Kikongo, Chokwe, Kwanyama, and Ngangela. Angola is predominantly Christian and two-fifths of the population is Roman Catholic. The country has two seasons –rainy and dry – and the temperature fluctuates between 59- and 90-degrees Fahrenheit.
With a 992-mile coastline along the Atlantic Ocean, Angola has an advantage in terms of international trade. The country is rich in natural resources and has one of the fastest-growing economies in the world, heavily based on oil production. Angola exports more petroleum than any other nation in Sub-Saharan Africa, making up over 90% of the country’s exports. Chevron, ExxonMobil, Eni, Petrobras, and BP are very active. Angola’s oil company is SONANGOL, which is owned by the state. Angola is also Africa’s third largest producer of diamonds and has valuable reserves of phosphates, iron, bauxite, uranium, and feldspar.
Angola has a very long history, with human remains that date back to the Paleolithic and Neolithic eras. The first people known to have settled in the area were the San, who were followed by the Bantu. The Portuguese explorer Diago Cão is believed to have arrived in 1482. More expeditions followed. Sophisticated technology, including firearms, defeated the indigenous people and, in 1575, Angola was officially colonized by Portugal. Indigenous kings and other local leaders were enticed to participate in massive trade in slaves, ivory, and minerals. The scale of the trade depleted Angola’s human and natural resources. The Portuguese colonial era in Angola was characterized by forced labor and a failure to modernize the country. In 1960, after 400 years of colonial rule, not a single university

remained in the whole country.

On November 11, 1975, Angola gained independence after many years of struggle and conflict. The first president was Agostinho Neto. After independence, however, Angola quickly plunged into continuous civil war as multiple paramilitary groups engaged in serious power struggles in attempts to gain control of the government. Three major revolutionary movements were the Popular Movement for the Liberation of Angola (MPLA), the National Union for the Total Independence of Angola (UNITA), and National Liberation Front of Angola (FNLA). Civil war quickly deteriorated into a proxy war during the Cold War era. With the assistance of Cuban troops and Soviet support, the MPLA managed to win the war in 1975-1976. They ousted the FNLA from Luanda and set up Angola’s first government. The U.S. and South Africa-backed UNITA movement, led by the infamous warlord Jonas Savimbi, continued fighting against the MPLA government. After the death of Angola’s first president on September 10, 1979, José Eduardo dos Santos became president. The 27 year civil war ended in 2002 when Savimbi was killed. President Santos resigned in 2017 and was succeeded by João Manuel Gonçalves Lourenço, the current president.
Over the past five years, Maine has seen an increasing number of immigrants from Angola as a result of Angola’s serious human right violations. Sonny Nsiona Nguizani, president of the Angolan Community in Maine, said about 2,500 immigrants from Angola live in Maine. Texas also has many immigrants from Angola, he said; in fact, Texas is called “Little Luanda.” Many people from Angola have moved to Texas because of its connection with companies involved in the oil business.
Mr. Nguizani shared concerns about corruption and the huge number of products that Angola imports. He said even basic necessities like food are imported. The government focuses all its efforts on oil and diamond production, he said, and has put less effort into agriculture, even though extensive, fertile land is available for growing crops. He said that Angola needs to diversify and invest in agriculture and industry. President Lourenço has promised to curb corruption and pursue justice in relation to former leaders, Mr. Nguizani said. Angola is a great country, rich in resources, and full of potential, but he said much work needs to be done on social, economic, and political fronts. He hopes his country will recover quickly from the decades of bloodshed that caused thousands of people to die and millions to be displaced, both internally and externally.

A common Angolan saying is:“Hope is the last thing to die!” or “A esperança é a última coisa à morrer!”