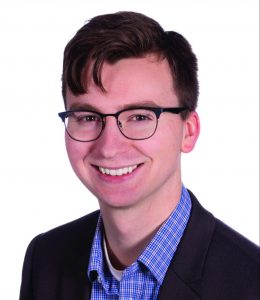 To borrow money, whether by taking out a loan or paying by credit card, the bank charges interest that the borrower must pay back, along with the loan. That’s the not-so-hidden cost of borrowing money. Interest charges ultimately increase the amount owed, which leads people to having a negative view of interest within the world of finances. However, when it works in the borrower’s favor, interest can be extremely valuable. For example, compound interest can add to a savings account, which is especially important when saving for retirement.

What is compound interest? It’s essentially a snowball effect. Let’s say someone contributed $1,000 to a savings account that earns 5% annual interest. After one year, that amount would earn $50, resulting in a new balance of $1,050. In year two, it would earn 5% on the new balance of $1,050, instead of the original $1,000. The money has compounded and will continue to grow at an increasing rate each year.
To better visualize the power of compound interest, here are two retirement planning scenarios. One of the two scenarios would earn the account holder more money by the common retirement age of 65 years old.

In these scenarios, both Jane’s and John’s initial contributions earn an annual interest return of 7%. In Scenario 1, Jane is saving $5,000 a year for 10 years, which is $50,000 that she personally added to her savings. In Scenario 2, John is saving $5,000 a year for 30 years. That’s $150,000 that he personally added to his savings. Which scenario will ultimately result in more money by the time Jane and John reach age 65?

The answer is Scenario 1! Jane would end up with $602,070 in her account, while Scenario 2 would result in John having a total of $540,741. This is compound interest at its finest. Even though Jane added less money to her savings with Scenario 1, she still ended up with more by age 65. This is because her money had more time to grow and build upon itself. Remember, the money they each saved was earning interest on not only their initial contributions, but on the interest that their contributions earned each year. The earlier someone starts saving, the more time that money has to “snowball” and grow.

Many investment vehicles are available to help make the most of compound interest. One of the simplest starting points for building retirement savings is to contribute to an employer’s 401(k) plan, if the employer offers one. Alternatively, someone can contribute to an Individual Retirement Account, an IRA, which is an account set up at a financial institution. It allows someone to save for retirement, either with tax-free growth (pay taxes now on your contributions to the account and owe no taxes on it later) or on a tax-deferred basis (owe no taxes now on what you contribute, but pay taxes later when you start to withdraw funds). However, a simple savings account at a bank, savings and loan, or credit union can also help anyone prepare for the future. No matter how someone chooses to start saving, the important step is to start contributing as early as possible in order to take full advantage of compound interest.

The earlier the start, the better. But what if someone can’t save $5,000 a year? Then save whatever amount is possible – $1,000, $500, $100. No matter how much or how little the amount, it’s never too early to start taking advantage of compound interest and setting up a healthy