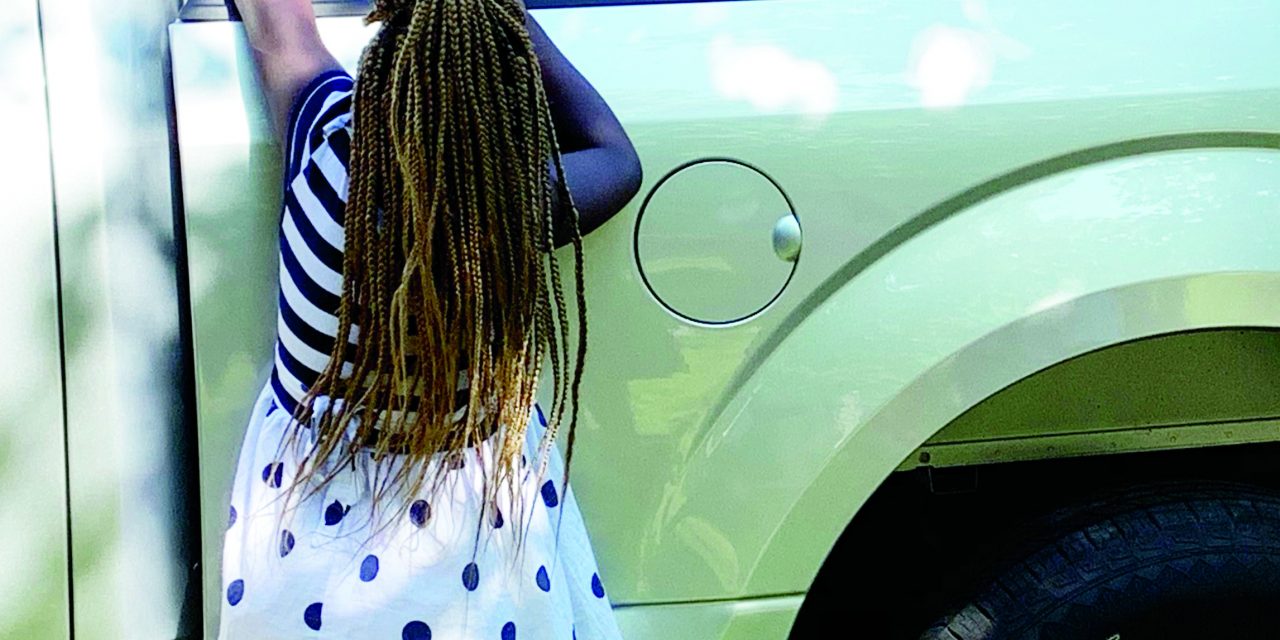 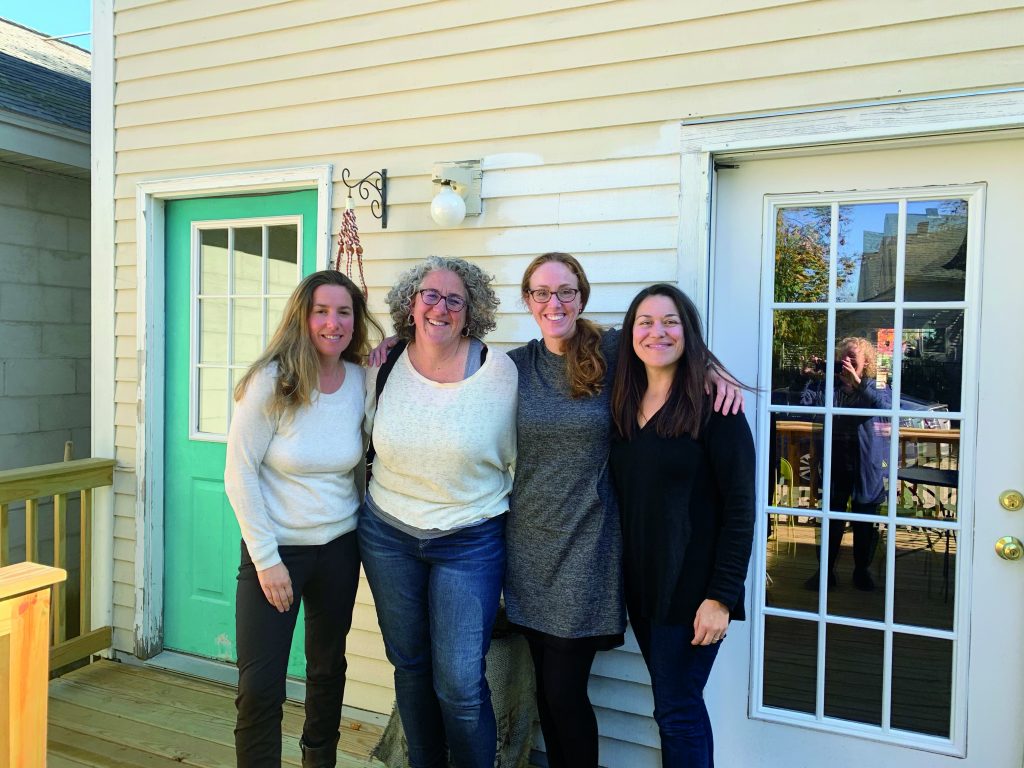 Asylum seekers have been moving to Maine for decades, but when The Emergency Action Network (TEAN) was formed in 2016 and the MidCoast New Mainers Group was formed in 2017, neither Brunswick nor Bath were on the map yet as destinations for more than just a very few New Mainers. Asylum seekers generally stayed in Portland or Lewiston, attracted by sizeable immigrant communities and available services in those cities.

However, when the makeshift shelter at the Expo Building in Portland that had housed hundreds of arrivals over the summer needed to be emptied of its guests by August 15, 2019, 22 asylum-seeking families all relocated to Brunswick within three months of each other. Six asylum-seeking families already living in Bath were joined by three additional families from the Expo. The families were propelled north by offers of housing.

The prior experience of TEAN and MidCoast New Mainers Group proved central to making the transition from the Expo work for the families. On July 12, the first three asylum-seeking families from the Expo Building were dropped off by the City of Portland at Captain’s Way in Brunswick. By that date, TEAN had three years of experience under its belt helping local families in need, and close to 1,000 network members; since July 12, the group’s membership has swelled to over 1,250. The MidCoast New Mainers Group, which had formed in 2017 with the express purpose of supporting immigrant families moving to the area, was familiar with the needs of asylum-seekers and with resources available in the Bath-Brunswick area. (see December issue for more about the MidCoast New Mainers Group). 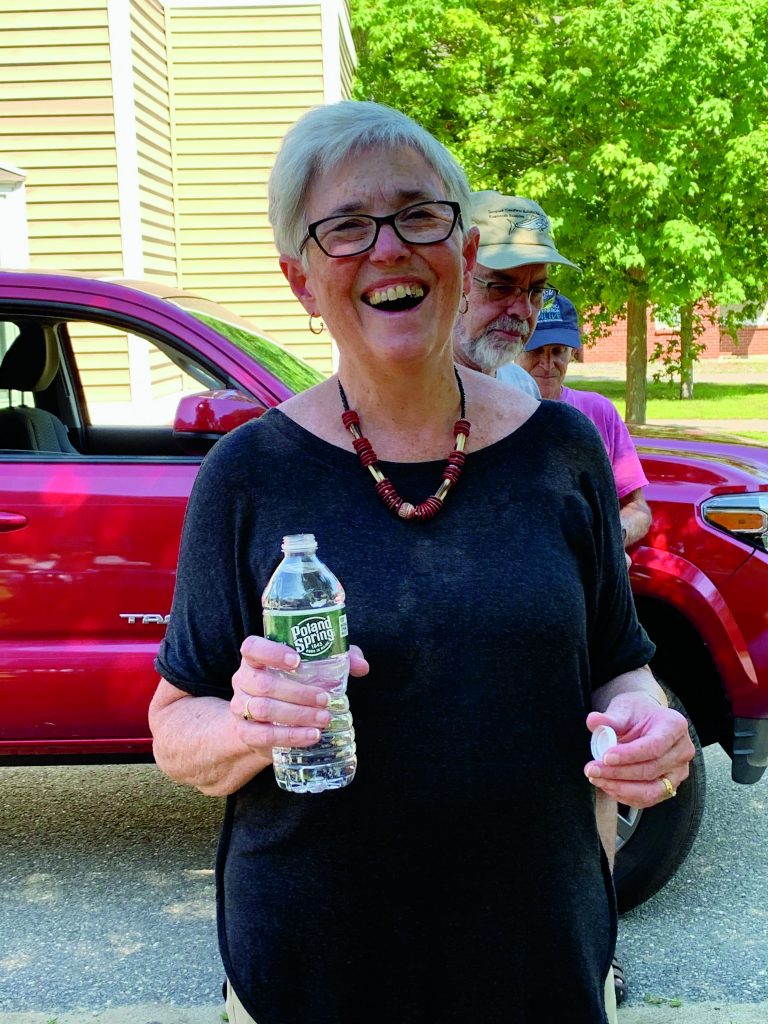 TEAN was founded when some Brunswick community members became aware that increasing numbers of local families were having trouble meeting their basic needs, and cut its teeth helping homeless families in Brunswick in an informal partnership with the school system. TEAN learned of the possible arrival of asylum seekers in Brunswick through a real estate agent who was a friend of Sarah Singer, one of the founders of TEAN. The agent had heard that asylum seekers might be relocating to Brunswick. TEAN put out an alert to its members and 100 people immediately wrote excited, welcoming comments on TEAN’s Facebook page, indicating they were ready and willing to help.

“We needed to get a lot of people up to speed really quickly,” said Ms. Singer, who spent July 12 at Captain’s Way, navigating the complex situation. “We needed to learn how to work with asylum seekers, what to say and not say, and the cultural background of the newcomers. The 15 people who were moved into Captain’s Way did not speak English, and there was no interpreter on hand when they arrived who spoke Portuguese, the language of most of them.” Furthermore, she explained, the apartments that the first three families were moved into had not been supplied with either furnishings or food.

Volunteers organized a trip to Shaw’s and Walmart with the three newly arrived mothers in order to purchase the basic supplies the families needed. The shopping trip took three hours. Meanwhile, Nsiona Nguizani, President of the Angolan Association of Maine, was alerted by one of the families that had been moved, as well as by others still living at the Expo, that they were in Brunswick. Mufalo Chitam, Executive Director of Maine Immigrants’ Rights Organization (MIRC), and Mr. Nguizani arrived at Captain’s Way that afternoon and remained through the evening.
“From that day on, my work extended into Brunswick as a point person for setting up the culturally responsive system we now have there,” said Ms. Chitam. “I organized cultural orientation sessions and recommended that the Town of Brunswick immediately create a permanent, full-time cultural broker position. Mr. Nsiona was eventually hired to support the efforts of TEAN, MidCoast New Mainers, myself, the Town of Brunswick, and the ‘Expo families’ themselves.”

Since July 12, TEAN and MidCoast New Mainers Group have been on the front lines supporting the new arrivals. They help with everything from furnishing entire apartments on short notice, to providing clothing, to giving rides to sports practices and medical and dental appointments.

“We felt we had a moral, economic, and logistical imperative to help these families. We all have benefited from networks ourselves. When one mom is having a baby, for example, it’s normal for another mom to give the new mom the baby seat her own child has outgrown,” said Ms. Singer.

“We just wanted to extend the network to the newcomers,” said Erin Mangalam, another board member of TEAN.

“Moms are great at getting stuff for and from our friends. Car seats, strollers, clothing – it’s been going on… “ began Ms. Singer.
“…since the beginning of time,” finished Celina Harrison, a third board member of TEAN and, like Ms. Singer, a member of the Brunswick School Board.
“TEAN was founded when a teacher reached out to us because one of her students’ families was about to be evicted,” said Dana Bateman, a fourth TEAN board member. “The teacher asked for help finding a tent for the family so they would have somewhere to sleep. I myself didn’t have a tent, but I did know someone else who had a tent.”
And that is what TEAN does so well – connecting those in need with existing resources.

“Under the administration of Governor LePage, the numbers of homeless people grew, and existing agencies and schools couldn’t do it all,” said Ms. Singer. “TEAN formed to pick up the pieces that no one else could handle. We formed an informal partnership with the schools.” They let TEAN know what is needed, and TEAN does its best to provide it. The group uses Facebook Yardsale to publicize their needs. Items may be anonymously dropped off at the Superintendent’s Office, with a label identifying the teacher or administrator who made the request. “We feel like a right arm of the school,” Ms. Singer said.

“The work is the same we’ve always done – there’s just more of it,” Ms. Harrison said of TEAN’s work with the asylum seekers. “All the families have kids.”
TEAN’s board members were quick to highlight the vital role Nsiona Nguizani has played since he was hired by the Town of Brunswick as a full-time cultural navigator for the families. They also praised Brunswick’s public health infrastructure, which has attended to the needs of the asylum seekers from the beginning, as well as many other partners in the community. Mid Coast Hunger Prevention Program responded to the arrival of people from the Congo and Angola by stocking culturally appropriate foods. Crystal Springs Farm donated use of a barn to store large items like donated beds and bicycles. Midcoast Literacy trained volunteers to tutor newcomers in English and to provide one-to-one mentorships.

“The asylum seekers often lead us in knowing what is needed,” said Ms. Bateman of TEAN. “They are professional, talented, and want an opportunity to volunteer. When a lot of the kids didn’t have boots, they volunteered to measure the feet of all those kids. They have gone door to door to find out needs in relation to phones, which are essential for staying in touch with families back in Africa, and for accessing services. It’s a collaboration.”

“I’m in awe of these families,” said Ms. Harrison. “They’ve overcome such long odds. I don’t know if I could survive what they have.”
“The resilience of the families is incredible. It’s a lesson to all of us. As a community organization, we can be resilient too,” said Ms. Bateman.