In Maine, a number of organizations, including the City of Portland Public Health Division and Preble Street, help survivors as they work to create lives free from coercion and exploitation. Representatives from many of these organizations, including Children’s Advocacy Center, City of Portland Public Health Division, CourageLIVES, Maine Migrant Health, Maine Coalition Against Sexual Assault, Pine Tree Legal, Preble Street, Safe Voices, Sexual Assault Response Services of Southern Maine, Through These Doors, University of New England SAFE Nursing, and Wabanaki Women’s Coalition were on site to share resources.

“Human trafficking is a crime hidden in plain sight,” said Daniella Cameron, Senior Director of Teen and Anti-Trafficking Services at Preble Street. “Affordable housing, healthcare, the opioid epidemic, and hunger are some of the more visible forces impacting the people we serve, but right here in Maine our team has identified and supported more than 230 survivors of human trafficking.”

“Everyday families are touched by these issues, said Councilor Jill Duson. “This effort to raise awareness is an important opportunity to get the word out about community resources available to help people, and about organizations whose mission is to be a place of refuge for vulnerable individuals.” 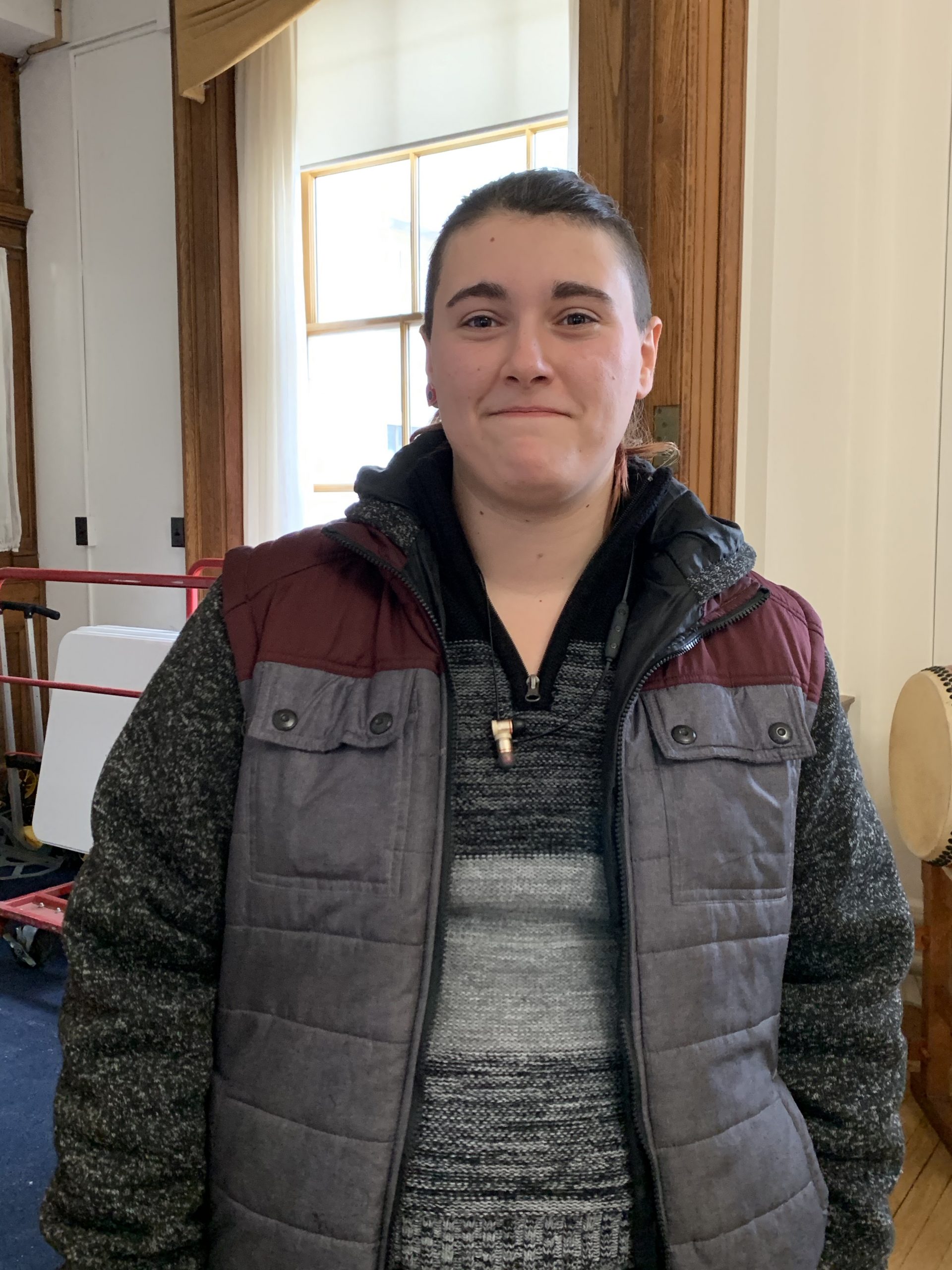 In 2017 my trafficker stranded me at a truck stop in the Colorado mountains.

I was frantic and desperate, and had no idea how I was going to get home.

The only thing I had on was the clothes on my back, and a broken phone.

I was trapped in Colorado, overwhelmed, broken and terrified.

I spent two weeks in a hospital in Littleton, and on April 1 I was driven to the Denver International Airport in a blacked out van. This was the first time I had ever been on a plane.

When I arrived in South Portland, the ramp leading to the terminal had a sign above the entrance. It said ‘Welcome Home.’ And for the first time in six months, I felt comfort.

While I was writing this, I was looking back at this chaotic and traumatic time in my life with a sense of confidence. A sense of pride. And a sense of horror.

I am in awe at how much I have overcome.

When I look back I see my resilience, I see my resourcefulness, and I know that I can overcome anything.

So for everyone listening that has experienced human trafficking, don’t let it define you. Be brazen and courageous and use it to be the engine that fuels your fire.

Allow your experience to shape who you are., and feed the flame for others.

Don’t allow the deafening roar of your trafficker lurk in the back of your mind. Take your power back.

And be the person that came through the fires of hell, singed and ashen.

And let out a war cry that says, “If I fall, I will rise stronger. If you feed me to the wolves I will come back leading the pack.”