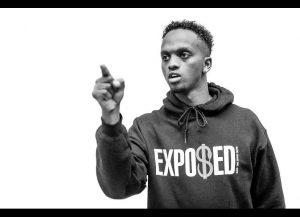 I live in the area of a world where we all smell the same,
taste the same,
feel the same,
even look the same.
I means similarities in ranges,
from Caucasian,
to yellow and beige,
When it comes to my Asians,
now look at me,
Brown face but known as the black race.
A bold face, I embrace, the same,
but just born in a different birthplace, sometime feels like a race
like who’d hit the land of the free, in the first place,
now authority is set, and rules are rendered,
for the white opportunist, us colored surrender.
From Slavery to segregation, the lynching and discrimination,
Living with poverty and being patient, hard work and determination,
Without opportunity of occupation,
Even though black females exceed the most in education,
With only 12.1% of our population,
……….What a nation
they give little by little of our mandatory freedom,
they’ve built this country, do you see how they treat ’em?
Conceived them while those in power was eatin’,
telling anything to mislead ’em,
We’re trapped in a society where we’re told life, liberty, and the pursuit of happiness is treasured,
but for us we’re in search, chained heavy, while being pressured,
our resistance for their pleasure,
We live tough, so they could live better
now…
We’re told that the law is written for all man,
but the police have all stand,
above the law of the land.
Acquitted for minor faults is something that I can understand,
but the bloodshed we fled from at home, for maybe a brighter chance,
While being slaughtered in the light of day when we never ran,
I’m not bulletproof!
I put my hands up, they still shoot,
An accident maybe considered,
but handset technology where cameras are configured,
Uploaded on Instagram, Facebook, and tweeted on Twitter,
recorded incident making us feel bitter,
While headlines twist it, making us reconsider,
We must hold them accountable,
If all life is valuable
I didn’t get permission for trade.
So why is my soul collateral,
and authorities with law enforcement, take minor academy courses,
now determine our life choices,
And they’re all friends,
those in the justice system make small plan,
while sitting, sippin’ tea on determining my life chance,
this a board game to them man,
on how it’s set,
the king is the judge in this game of chess,
the queen makes decisions so the DA knows best,
the horses are police, moving crooked with arrests and puttin’ bullets into our chest,
while the bishops are attorneys making their charge less,
And the rook is the sneak paying off all debts,
while us as pawns sacrificing with our death,
its sad, playing with our life, still oppressed
ISN’T IT ENOUGH WE’VE BUILT THE THIS COUNTRY WITH OUR SWEAT,
only to be lied to and promised with false jest,
we play defense in this world so we can’t do our best,
what do you expect,
the offense,
commence,
Proceed with killing a man while he was on his own fence,
only to see a phone in hand his fist was so tense,
probably the fear he had that he’s lost all chance,
from an unfair battle…. in this game of chess.