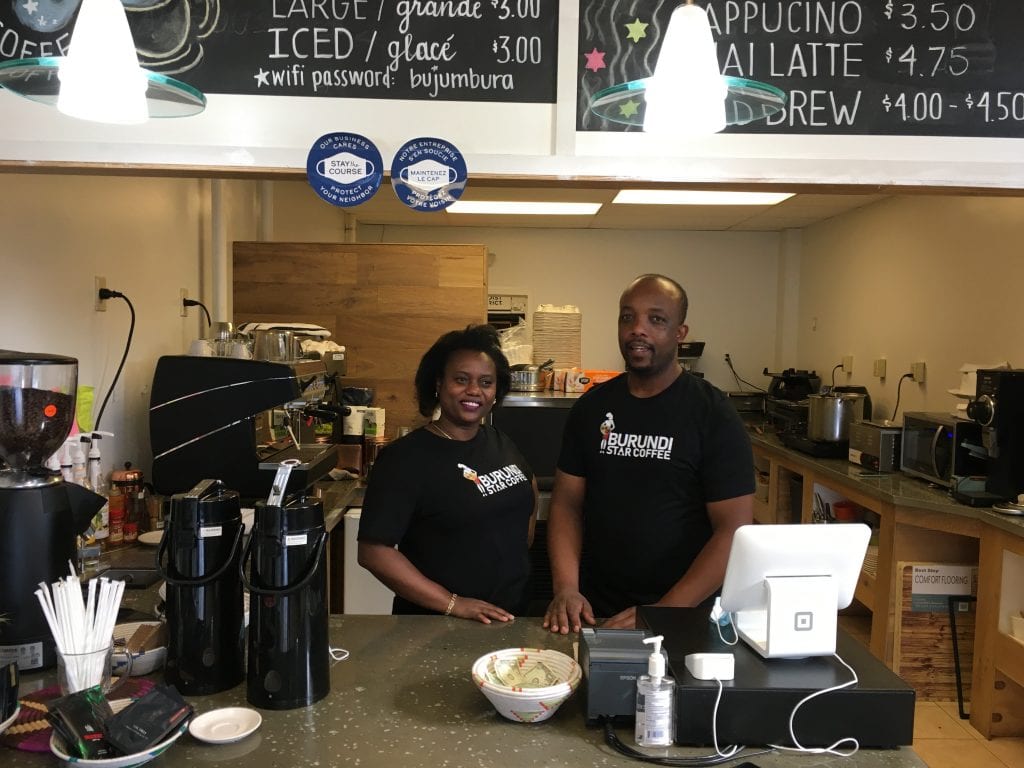 Andre Nzeyimana and Jocelyn Kamikazi, owners of Burundi Star Coffee in Portland, grew up in the coffee business in northern Burundi. They harvested coffee and worked on the business end of things, beginning in their high school years. Nzeyimana’s mother worked in the coffee industry for her entire life, as did Kamikazi’s father. And all of this experience was formative for the couple.
When the two of them were young, the coffee was a lucrative industry in northern Burundi. Now, however, the East African coffee trade is suffering. Climate change, political instability, and problems with the transportation infrastructure have converged to make coffee less profitable. In addition, the small size of farms and the regional variations in aroma and other characteristics that impact consistency are off-putting to large-scale buyers.

However, small-scale coffee farms across East Africa lend themselves well to the niche coffee market – coffee-drinking consumers in search of quality espresso drinks and pour-over coffees, harvested from small-scale sources. These consumers want the distinct flavor variations that small farms can offer, based on regional differences. 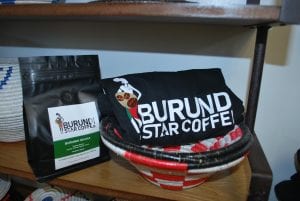 Nzeyimana and Kamikazi opened Burundi Star Coffee in 2020. They buy coffee directly from farmers in Burundi, which gives those farmers fair compensation for their coffee beans and helps them support their families and communities. For Nzeyimana and Kamikazi, buying direct is an important aspect of their business, especially after their own journey that led them from Burundi to Maine.

They arrived in the U.S. in 2006 to seek asylum and found themselves in Manchester, New Hampshire. Before six weeks had passed, the couple moved to Portland after learning about its Burundian community of others who had also sought asylum. Now, 15 years later, the couple feels fortunate to have moved here. Nzeyimana said, “We found a great sense of community here, and very strong friendships in both the African and American communities.” That gave them confidence to open the coffee shop, for which their deep understanding of the coffee industry was an asset. They knew first-hand the challenges faced by coffee farmers.

Due to the coffee industry’s decline, Nzeyimana’s mother eventually lost her business. Kamikazi’s father, also unable to make a profit, was no longer farming when Kamikazi returned to Burundi in 2018. In fact, the whole community had given up on coffee, unable to turn a profit. This meant families could no longer afford to send their children to school. Kamikazi knew she needed to help her community and wanted to try and revive their relationship with coffee. When she returned to Maine, she went back to school to study business, and the couple decided to open a coffee shop to help support the community back home and to honor Nzeyimana’s mother, who had spent her life growing coffee.

By 2019, Kamikazi and Nzeyimana had their business permits and a location for their new coffee shop, which they opened early in March 2020 – right at the beginning of the pandemic. With statewide restrictions and the uncertainty caused by the pandemic, Burundi Star was forced to close until June 3 – but still had to pay overhead costs. Despite the difficulties, Nzeyimana and Kamikazi remained committed to keeping their business alive. “It’s not just about opening a coffee shop. It’s about our long-term mission,” Nzeyimana said.

The Portland community was supportive as they continued to promote their new shop, despite setbacks caused by the pandemic. Customers bought 50-pound bags of coffee “in case” businesses closed again. Summer visitors who had returned to other parts of the country called to request shipment orders, which Burundi Star happily fulfilled. Nzeyimana is pleased to see diversity in their customers, sharing that American-born customers tend to come in to drink coffee in the morning hours, while those from the African community are more likely to want homemade African food and tea in the afternoon – a cultural difference across the communities that keeps the café active throughout the entire day.

When waiting on customers, Nzeyimana and Kamikazi are careful to try to be as clear as possible if there are language barriers. The coffee industry is different here than in Burundi. Nzeyimana emphasized that they are “embracing the learning process and not ignoring the challenges” as they continue to learn about the coffee business in the U.S.

Their focus is on achieving Burundi Star’s mission, which is to help their community back in Burundi while building a business to support themselves. Their goal is to generate a continuous revenue stream back to northern Burundi, investing in communities through buying coffee directly from that area.

In Burundi, women and girls are not given the same opportunities as their male counterparts, and the couple hopes to make a difference in this regard, too. Kamikazi joined the International Women’s Coffee Alliance and serves as a U.S. representative to the Burundi Chapter. The group is comprised solely of women who grow, produce, and operate coffee businesses, and seeks to open up opportunities for women. In Burundi’s coffee-growing regions, girls often only attend school until about the sixth grade, and then they are taken out of school to help in the home. During the coffee season, they work hard in the fields but receive no pay. Through Burundi Star, Kamikazi hopes to help empower these young women and give them more opportunities in the industry.
And Kamikazi and Nzeyimana simply want to offer Maine the delicious, bold flavors of coffee from their home country. Featured on the menu are a variety of coffees, teas, and several foods, such as savory banana soup and sambusas, as well as select items from other local bakeries. Burundi Star Coffee is located at 261 St John Street in Portland and is open for in-person dining or pick-up, with an option to call ahead or order online at https://www.burundistarcoffee.com.