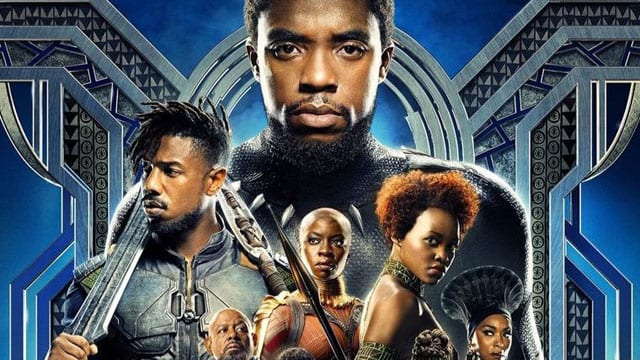 So, it’s been a year since Black Panther hit theaters, broke records, and everybody and their mama went to see it. I went with mine – pun very much intended.

Personally, I would definitely have gone to see Black Panther no matter what, because I’m a huge Marvel fan. However, I went with my own mama, who was excited to see it. “Buying tickets,” she explained to me, “is showing support for black representation.” And so my family members all went to see the movie, albeit at different times. My brothers saw it first. They came home excited and ready to ruin the movie for me. (Being the family lunch packer, I threatened them with PB&J sandwiches every day for the rest of the school year if they so much as uttered a spoiler. My threat worked). The following week, my mom and I went to see the movie.

We cried and laughed as we experienced a different world through the lens of the movie. I got to see the women of Africa, the way my mom speaks of them – the superheroes that carry the day as they multi-task, the women who go through the labor of childbirth without pain medication and then walk it off. The women who walk miles to fetch water; the ones who run the world without getting even a bit of credit. The only difference is that the women in Black Panther have actual political power. Okoye, dressed in armor and with her head cleanly shaven, is in charge of the all-female army; Nakia is one of Wakanda’s top spies (and also holds the newly crowned King’s heart, though she refuses marriage and comfort to go help the helpless of the world);  Shuri, a girl my own age, is in charge of Wakanda’s technology; the Queen, with her gorgeous, grey dreadlocks (that I aspire to have one day) is the embodiment of strength, with her determination to trudge on even after losing her husband, her home, and – temporarily – her son. All of these women are not afraid to make fun of T’challa (the character Black Panther’s real name) because they know they are the source of his strength.

Often, when my family watches movies with black characters, my brothers joke that the black character is bound to die first. This often holds true, and we bet on how long it’ll take for the character to die. With Black Panther, we saw black characters we could be proud of. The movie gave my brothers the ability to finally be able to wear the African shirt sent by my aunt in Congo with pride, because “It’s something T’challa would wear.” They now even argue about whose turn it is to wear the shirt. They are proud of their African heritage and are embracing it.

I hope that with the success of Black Panther, Hollywood will now make an effort to put more black people in film. Seeing people on the screen with African accents no longer makes me want to stuff down the small accent I have – I have become proud of my accent. My brothers and I were always taught to be proud of our heritage, but there was always that one uncle in the family with the thick accent that made us laugh. Now people who sound like that uncle are on tv, and they are making billions.

Being born in America, I haven’t gotten to see Africa yet. Still, I’m well aware of the problems in Africa. Wakanda, the fictional nation in the film, is what I hope all of Africa will one day become – no poverty in sight, but still Africa, with the brightly printed clothing, and the vendors selling merchandise on the street. My other hope for the future is to see more positive representations of people of color in film – black people who are more than drug addicts, or idiots; Asians who are not only martial artists; Arabs who are not terrorists, or not pushing away their culture to make themselves seem more western – because our culture is beautiful, and everyone should get to have the same experience my brothers and I did.

Firdaws Hakizimana is a student at Cape Elizabeth High School. She loves terrible puns, writing, and is one of a kind.