Beyond Borders: Migration and Integration Conference 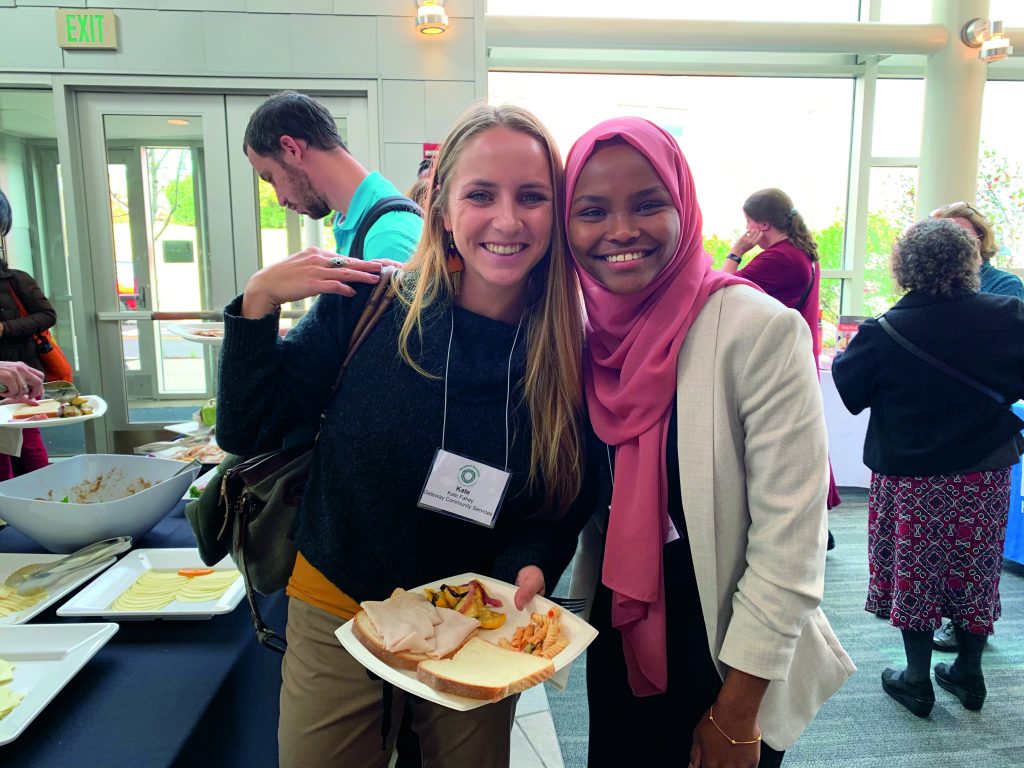 The Portland Public Schools Multilingual and Multicultural Center presented a new regional conference, entitled “Beyond Borders: Migration and Integration,” on Friday, October 18, at the University of Southern Maine. The focus of the daylong conference was immigration and the refugee experience and included a keynote address and 18 breakout sessions. The day concluded with a call to action from Superintendent Xavier Botana of the Portland Public Schools and from a panel comprised of Portland City Councilor Pious Ali, Melissa Brennan, Esq., Senior Staff Attorney of Immigrant Legal Advocacy Project (ILAP), journalist Tom Gjelten, and Kyle Knight of Human Rights Watch. 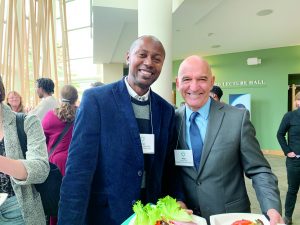 Mr. Gjelten, renowned journalist and author of “A Nation of Nations: A Great American Immigration Story,” delivered a keynote address that centered on the significance of the 1965 Immigration Act. He credits that Act with playing a huge role in shaping the United States we know today. “It belongs up there with the Civil Rights Act of 1964,” he said.Mr. Gjelten explained that immigration rates had been declining steadily from the early decades of the 20th century until 1965, and that until the 1965 Act was passed, immigration had been based on a “nation of origin” quota system that overwhelmingly favored immigration from Europe.

The 1965 Act rewrote the immigration system to instead emphasize family reunification. After 1965, immigration rates rose again, with the majority of newcomers primarily coming from non-European nations. “The United States finally became a universal nation,” said Mr. Gjelten. He noted that current projections indicate the population of the United States will be primarily non-white by 2044. 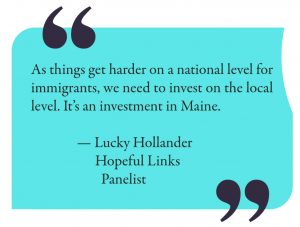 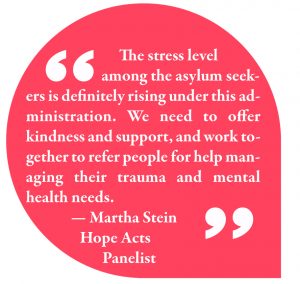 “I had assumed the debate about immigration was resolved in 1965,” said Mr. Gjelten. “However, it seems we have to revisit what America stands for from time to time. We seem to be revisiting that debate now. President Trump has demonstrated that a lot of people in this country are not comfortable with the changes in the population.” He added that the more contact American-born individuals have with new immigrants, the more welcoming they are. “Empirical data shows that acceptance and tolerance on the part of communities varies directly in proportion to the exposure people have of immigrants.” 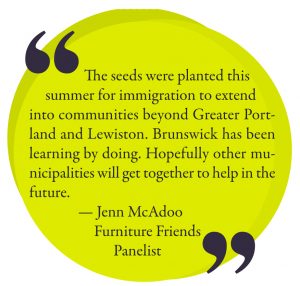 Superintendent Xavier Botana’s Call to Action: “Our students need us. They need us to raise our expectations for themselves and ourselves. We must teach the belief that, despite the heart-wrenching experiences so many have had, they can overcome those difficulties. They need to work as if their lives depend on it. Because in a way they do.”

Portland City Councilor Pious Ali’s Call to Action: “Go out and vote. You have elected officials who represent you – don’t leave them alone! Show up, tell us what you believe. Decisions made at the local level impact you as much, or more, than those made at the national level.”

Attorney Melissa Brennan’s Call to Action: “Get involved in politics. Engage as an activist. Educate yourselves. Know your rights so you can be a better ally to immigrants. It is easy to feel worn down, and stop paying attention, but we all need to be watching carefully what is going on in the halls of power.”

Kyle Knight’s Call to Action: “The last couple of years have been tough, with leaders questioning truth, and facts. But truth still exists.”

Tom Gjelten’s Call to Action: “In some ways, we live in a post-truth culture, but the stories we tell are important. We have a lot to do about shaping the narrative that is told.”