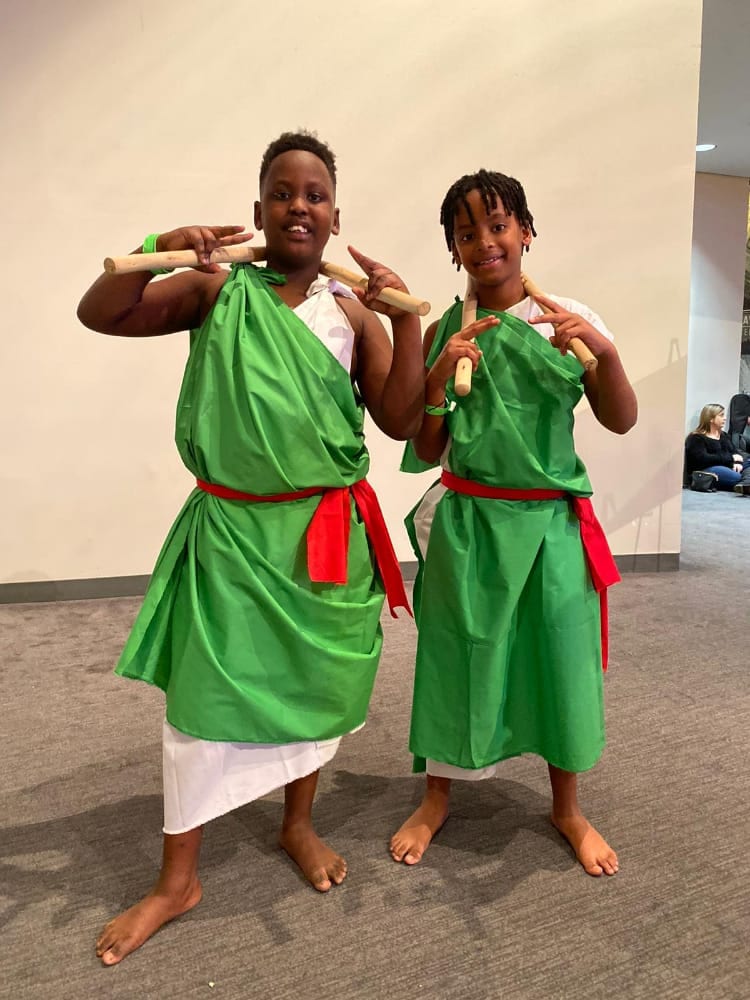 On October 17, the Batimbo Foundation Family, a group of drummers from the Republic of Burundi and based in Maine, celebrated their one-year anniversary in style. The presidents of the Burundian, Congolese, and Rwandan communities attended, along with representatives of the business and nonprofit communities – most of them Burundian and Rwandese – who also helped financially support the event. Due to current COVID-related safety restrictions, a total of 50 people gathered in person, while the event was streamed live online for a much wider audience. In addition to drumming performances, the event featured several presentations, both in English and Kirundi, the official language of Burundi, about the group’s origin, its mission, and Burundian culture in general.

Burundi is a small landlocked country in East Africa with a population of around 8 million. Unlike many other African countries, Burundi is a direct territorial continuation of a pre-colonial-era African state dating back to the 16th century, which was known as the Kingdom of Burundi. Burundi’s three largest ethnic groups – the Twa, the Hutu, and the Tutsi – have lived in what is current-day Burundi for at least 500 years. In the beginning of the 20th century, Burundi was colonized by Germany, and after the First World War, the territories were yielded to Belgium until 1962, when Burundi regained its independence.

Drums are a huge part of Burundian heritage, culture, and identity. They are considered sacred objects and represent regeneration and fertility, and were the symbol of power of the mwami (Burundian sovereigns) during the monarchy. Drums were historically played during religious rituals, special occasions like the celebration of harvest, to announce major ceremonies such as coronations, weddings, and funerals, and to entertain the mwami. The ultimate message of any Burundi drumming performance is one of peace, unity, and the sharing of joy. This drumming tradition is typically passed down within families, with sons learning drumming from their fathers. Traditionally, only men were permitted to play the drums. But since the dissolution of the monarchy in 1966, both men and women participate in this custom.

A drum performance usually involves between 10 and 30 drummers, and is accompanied by dancing, songs, spoken word, and the use of props and space with complex relationships between all. The musicians typically first emerge balancing the drums on their heads and playing them with sticks before eventually lowering them to the ground. While some drummers maintain a continuous rhythm, others follow the beat of the drummer positioned in the middle of the semi-circle formation. This drumming style demands perfect coordination and an incredible memory, as each beat and rhythm set is unique, and is accompanied by a corresponding physical motion. 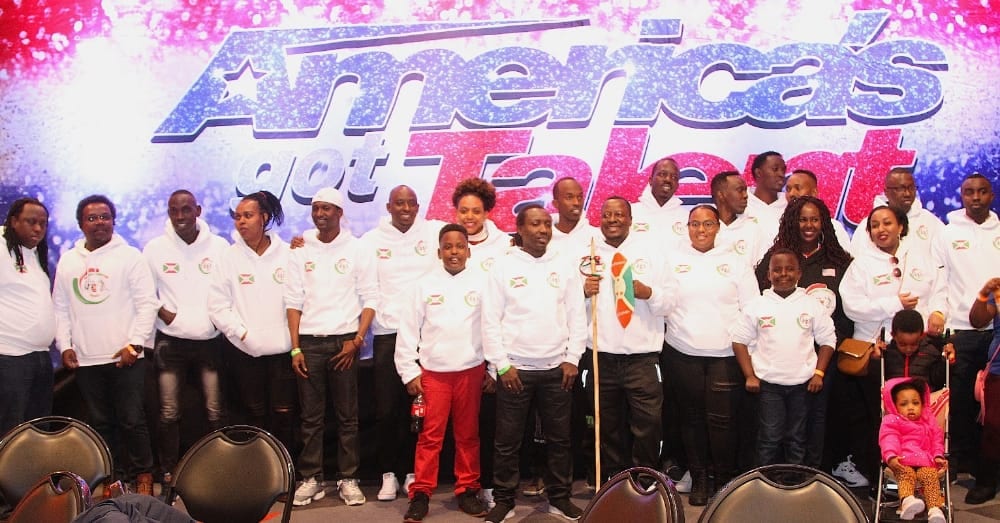 Several aspects of this style of drumming set it apart from drumming traditions practiced in many other African countries. For one, the drums are made of wood that comes from a specific tree species called Umuvugangona, found only in Burundi. Dried cow skin is stretched over the drum, which produces a special sound when struck that is unlike the sounds produced by other styles of drums. Burundian drums are played with sticks, whereas most other drums in African cultures are played with hands. The drums are quite large, and can weigh up to 100 pounds, and the drummers learn to balance them on their heads, which requires strength.

Burundian drumming was inscribed on the Representative List of the Intangible Cultural Heritage of Humanity of the United Nation’s heritage agency, UNESCO, in 2014. The drumming style has become quite well known internationally, with many groups traveling to perform in various festivals worldwide. The performances have become a means of expressing national pride and Burundian identity among Burundians living abroad.
The Batimbo Foundation Family was created by a group of Burundian drummers living in Portland, Maine. Most of the group members were drummers in their home country and knew each other before emigrating to the United States. The aim of the group is to safeguard this sacred Burundian tradition and to spread Burundian culture and art, not just across the U.S., but around the whole world. The group believes that continuing this tradition is especially important for Burundian children born in the U.S. to connect them with their cultural heritage.

Although newly formed, the group has made big strides in bringing Burundian culture into the U.S. mainstream. Last year, they participated in the 15th edition of “America’s Got Talent” TV show. They made it to the preliminary rounds, where they had the chance to perform in front of the judges. Although they were not chosen to continue to the final round of the competition, the group is determined to participate again, and advance to the live show.

The COVID-19 pandemic has proven extremely challenging for Batimbo Family Foundation, along with most who are in performance fields. Many scheduled appearances had to be canceled, or put on hold. But the group has managed to adapt to the times and take full advantage of the internet and social media platforms to share their work with audiences while maintaining social distancing. The anniversary event reached a wide international audience, proof of the group’s resilience and popularity.

According to Yves Ndayishimiye, Communications Director for Batimbo Family Foundation, in today’s world, which is afflicted by division, hostility, and isolation, the messages of unity and peace that the Burundian culture offers resonate more than ever, and the drumming tradition has the power to bring people together from all walks of life. Whether one is performing or observing, the synchronized drums, dance, and song act as a special form of therapy, reminding us that as long as we’re all together, we have nothing to fear.