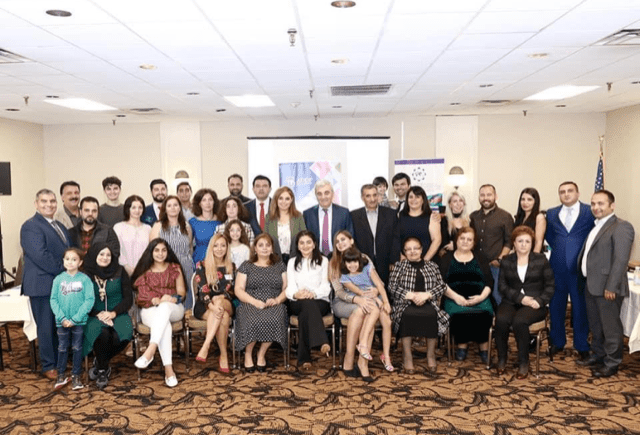 Azerbaijan Society of Maine, September 2019. The author is standing at far left.

On May 28, members and friends of the Azerbaijan Society of Maine, along with tens of thousands of other Azerbaijani-Americans, and many others around the world, will join together to commemorate the 102th birthday of the first democracy in the Muslim and Turkic world, the Azerbaijan Democratic Republic. Over 50 million Azerbaijanis celebrate Republic Day each year, but this year is different in many ways, as COVID19 has pushed us to use innovative ideas and technology to gather and celebrate our victories and achievements virtually. It is incredible to see the pandemic bringing all of us together, from different corners of the country and the globe, to teach us the value of what we have.

The Azerbaijan Democratic Republic (ADR), which came into existence on May 28, 1918, was founded on the principles of people’s power, and gave equal rights to all its citizens, regardless of race, gender (granting suffrage to women before the United States and some Western European countries), religion, and socio-economic status. At the time of its foundation, the country had a population of about 4.6 million and a territory of 114,000 square kilometers (44,000 square miles). The ADR, which was centered on secular, parliamentary rule, and based on universal, free, and proportionate representation., established the tradition of a parliamentary republic amongst Muslim and Turkic nations.

In June of 1918, the new government established the national army, declared the Azerbaijani Turkic language as the official state language of the newborn republic, and established Baku State University – which was the first European-style university in the entire Muslim East, and an important educational and scientific center. In November 1918, the government presented the ADR’s flag, which had blue, red, and green bands, with a white star and crescent moon. The flag symbolizes the Turkic origin of Azerbaijanis (blue), progress and modernity (red), and Islam (green). This flag is still used today.

The Ottoman Empire became the first foreign power to sign a bilateral friendship agreement with the ADR, and the United States and Europe extended recognition of the ADR at the Paris Peace Conference in 1919. A delegation led by Alimardan bey Topchubashov, Chairman of the Parliament of ADR, met with U.S. President Woodrow Wilson, and Henry Morgenthau, another member of the U.S. delegation, in Paris.

“There [the Paris Peace Conference] came in a very distinguished group of gentlemen from Azerbaijan,” Wilson wrote later recalling the meeting. “I was talking to men who talked the same language that I did in respect to ideals, in respect to conception of liberty, in conceptions of rights and justice.”

Unfortunately, the Azerbaijan Democratic Republic (ADR) lasted only 23 months before being occupied by the Bolsheviks nd declared a Soviet Socialist Republic. Seventy-one years of communist rule followed, which many refer to as a “prison of the people”.

The modern-day Republic of Azerbaijan, which regained its independence from a collapsed Soviet Union in 1991, identifies itself as the successor to the ADR. Today, Azerbaijan is an independent, self-sustaining, modern, secular state, with strong foreign relations with 182 countries of the world. Azerbaijan partners with the U.S. and Europe in many areas, such as diversification of energy, and regional and international security. At the same time, Azerbaijan – or ‘The Land of Fire’ in Arabic – remains connected to her ancient values of respect and care for elders, children, and women. 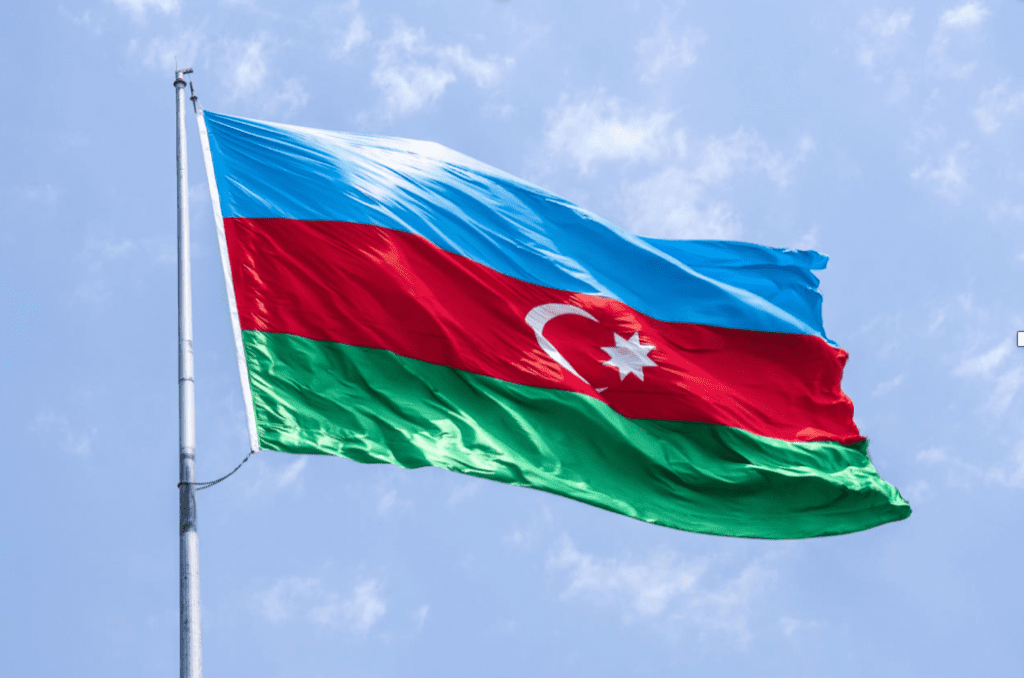