“Art saved my life,” said Titi de Baccarat on February 8, speaking to a circle of art aficionados who had gathered around him in a Union of Maine Visual Artists gallery, where his show titled ‘Who is it?’ had opened the previous night. Born in Gabon, forced to flee his country because of political persecution, de Baccarat arrived in Portland in February 2015 without financial resources, family, friends, or English.

“Art brought me friends, helps me survive – if art was taken from me, I would have nothing left. Art is my world,” he told his listeners, who hung on his every word with rapt attention. De Baccarat often has that effect on people. Philosophical, personable, and deeply passionate about his work – both the man and his art inevitably engage viewers in lively exchanges.

De Baccarat’s work tackles a wide range of subjects – including sex trafficking, domestic violence, racism, the detention of asylum-seeking children, inequality, and the loneliness of migration. “My art is not about beauty, it’s about the message,” he explained. 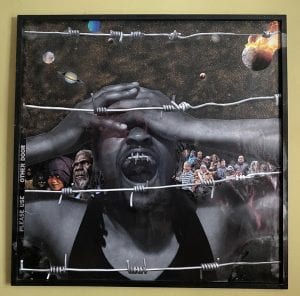 “From youth I have always been attuned to injustice – the injustice I saw around me in my country of Gabon, and the injustice in the world beyond. In order to improve the world, we need to have the courage to talk about topics some people find hard to discuss. We need to see what we don’t want to see, feel emotion because of what we see, and take action.”

De Baccarat stressed the importance of compassion – even for those with whom you have no personal connection. “It is important to think about others, make life better for the community, and collectively make change,” he said. “One of the works in ‘Who is it?’ –  a handbag with attached arms and hands he created from a pair of jeans and some fabric – references the detention centers near the Southern border, where children are held apart from their parents. A Trump administration lawyer has argued in court that it is acceptable for children to be held without items such as toothbrushes – so de Baccarat’s handbag boasts several toothbrushes in a side pocket, with a hand holding a tube of toothpaste in a clear rebuke to the Administration. “Most kids in detention are not African, but I still feel compassion for them, and want to do something.” Art is de Baccarat’s way of doing something. He seeks to bring awareness, denounce, and provoke change. 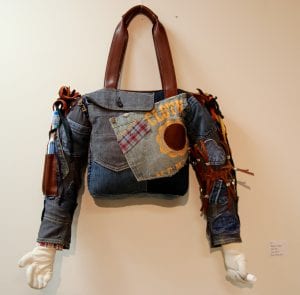 De Baccarat’s artist statement reads: “My current works describe my experience as an immigrant in the United States: my pain, fear, uncertainty, and hope for my future here.” And many of the works in ‘Who is it?’ include references to his African heritage. 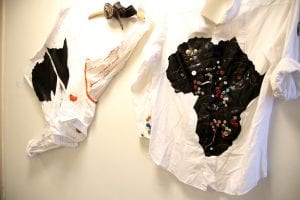 Life in the U.S. is a struggle for immigrants, with many working two or three jobs, for minimum wage, he explained. However, despite the challenges, de Baccarat has not lost sight of hope and of visions for the future. He dreams of creating a School of Imagination and Creativity for adults. Kids already have these qualities in full measure, he explained, but when people mature, too many lose the capacity to imagine, and to be themselves, he said. And that has implications for society. To de Baccarat, imagination and creativity are linked to correcting injustice, and to furthering a ‘Humanity as one” world view.

‘Who is it?” viewers might wonder if visiting the gallery would be depressing, but the whimsical nature of much of the brightly-colored artwork belies the intensity of the work. And this contrast of the playful with the subject of injustice is in itself purposeful, and resonates strongly for those willing to dive into de Baccarat’s complex worldview.

“When we look at the evolution of the world, there is a lot of darkness and insecurity – but there is also enough light for us to keep hope and optimism -because the day always presides over the night. This light which announces a new day should make us believe that it is still possible to make our world a marvelous place, with more just societies, safer schools, communities of inclusion for all, more united families… if we take responsibility individually and collectively for improving things, it is possible,”said de Baccarat.

‘Who Is it?’ will be on view Monday to Friday from 10:00 a.m. to 3:00 p.m. and Saturday and Sunday from 1:00 p.m. to 4:00 p.m. through February 28. Union of Maine Visual Artists Gallery is at 516 Congress Street, Portland. Several raffles during the show will raise funds for the organization ‘Survivor Speaks.’ 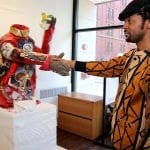 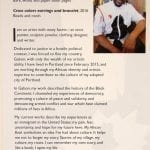 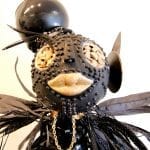 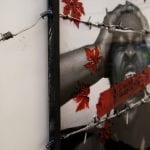 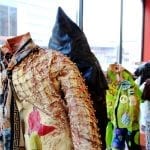 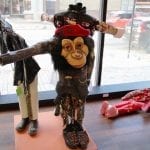 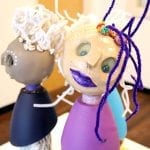 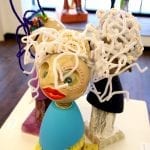 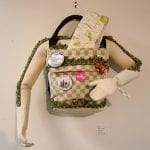 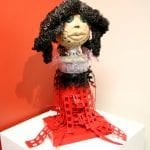 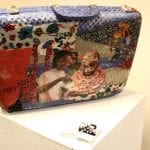 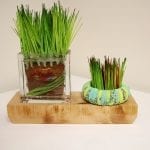 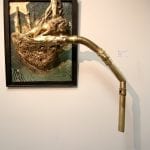 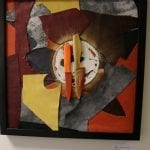 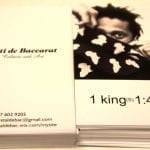