Story and photos by Stephanie Harp

On Saturday, September 14, Angela Okafor officially announced her candidacy for one of four open seats on Bangor City Council, joining a field of 10 other candidates on the November ballot. She held her campaign kickoff event at her business, Tropical Tastes and Styles on Harlow Street in Bangor. About 70 supporters stopped by at some point during the two-hour event, enjoying food and conversation. Several dozen crowded into the store, out of a drizzling rain, to hear the official announcement. Margaret Chase Smith Policy Center Special Consultant Mary Cathcart introduced Ms. Okafor, who talked about her vision for Bangor. This includes economic development and increased community connections. She views improved access to affordable public transportation as a way to address both priorities. https://www.amjamboafrica.com/okafor-campaigns-to-help-bangor/ 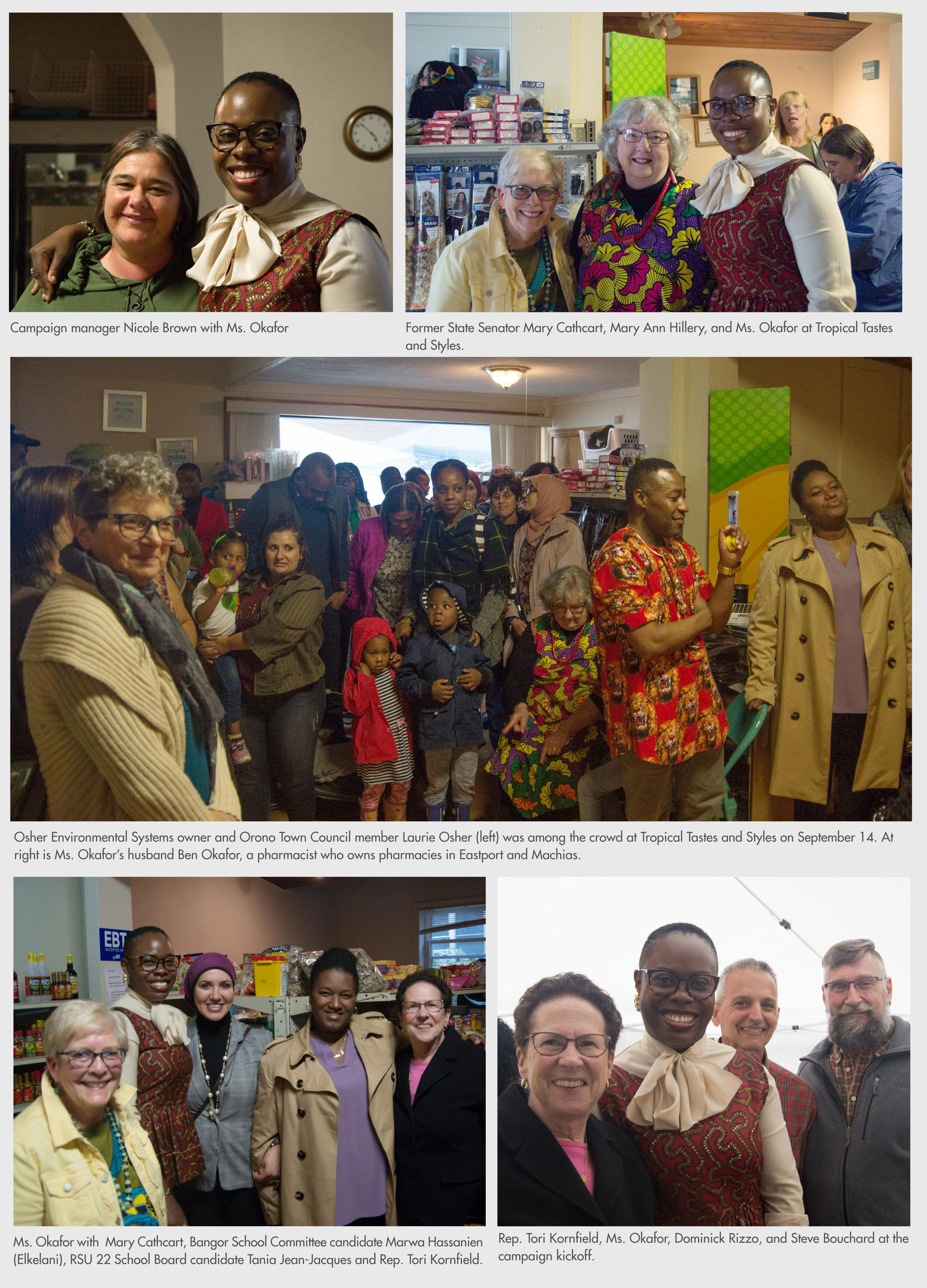