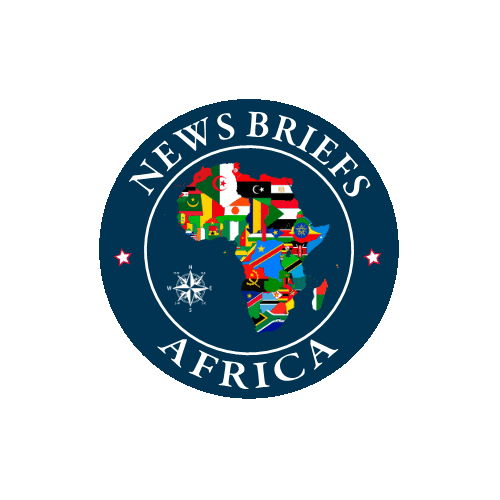 Voices from the continent

COVID-19 may not have affected sub-Saharan Africa as much as certain other parts of the world, including the Americas, Europe, and Asia. But reports from the BBC and the WHO indicate that the relatively low numbers may possibly be the result of inadequate data reporting, rather than a low incidence of COVID-19 on the continent. According to the BBC https://www.bbc.com/news/world-africa-55674139 on February 22, 2021: “In 14 countries, a maximum of only one in 10 deaths are recorded, including in Nigeria, the Democratic Republic of Congo and Cameroon. Over half of the countries in sub-Saharan Africa only keep handwritten death records. Certain states, such as Eritrea and Burundi, have no legal requirement to register or collate deaths at all. … Nigeria, Africa’s most populous country, recorded only 10% of all deaths in 2017.” Meanwhile, the WHO website notes that “six in seven COVID infection cases go undetected in Africa.”

The relative youth of Africa’s population tops the list of theories explaining why Africa may have been less hard hit by the virus, compared to some other regions of the world. Also, some countries (such as the U.S.) have a large number of congregate settings, such as long-term care facilities for vulnerable elders, with rotating caregivers who work in more than one of these facilities – thereby potentially spreading disease. Africa has almost no residential facilities for the elderly. And some governments in Africa – experienced in managing epidemics – were quick to respond to the virus, and rapidly adopted measures to fight the pandemic.
Whatever the actual figures, north to south and west to east, the pandemic has definitely hit Africa, and people all over the continent have seen their lives change.

Voices from Cameroon, Rwanda, Uganda, DRC
Adrienne Engono, Amjambo Africa’s correspondent in Yaounde, Cameroon, said this about pandemic fatigue: “People hoped the pandemic would end quickly, but we are in the second year, and people in Cameroon have started breaking the pandemic control guidelines by gathering in social and cultural events.” Engono has met people who still deny the existence of COVID-19, and don’t trust the vaccine.

Urbain Abega Akongo, from the organization Femmes-Santé-Developpement en Afrique Sub-Saharienne (FESADE), which works to combat HIV and tuberculosis in Cameroon, said that COVID-19 has halted almost all of their activities. Some clients with HIV and TB have died from COVID-19, which complicated their treatment. “Our community members, especially those living with HIV and TB, panicked. They did not know what to do. Eventually, some have survived, while others died, after contracting this virus,” said Akongo. Cameroon registered 3,003 cases on October 13 and is now facing a surge due to the severe delta variant.

Olive, an ambulance worker in Rwanda who preferred not to share her family name, talked about her faith in God’s plan. “With no symptoms, I nonetheless tested positive for the virus while I was also pregnant. Because I was working as an ambulance dispatcher, I knew more tips [than many people] including quarantining at home,” Olive told Amjambo Africa. “I quarantined at home, but my husband and housemaid also became infected, and we all locked down at home.” She spoke of their concern for their little one, to whom they gave some recommended medicine as a precaution. “We did not suffer much and we kept believing in God’s plan to heal us.” Rwanda reported 95 new cases on October 13.

Simon Musasizi, who manages the Heritage Trust Programme of the Cross-Cultural Foundation of Uganda, told Amjambo Africa that his organization halted field activities for many months, and worked remotely – as many businesses did in Uganda. They experienced numerous lockdowns, guided by health authorities in the country. “We reopened programs in August, and we are slowly recovering. There is no doubt that [without the pandemic] our programming would have been far [beyond where we are now] in implementation, but since the pandemic is a global concern, we won’t cry alone!” he said. Uganda reported 53 new cases on October 13.

According to Mayembo, a resident of Brazzaville, the capital city of the Republic of Congo, transportation costs have soared because of the pandemic. “Transportation companies hiked prices because they were not doing long-distance runs and because they took fewer passengers due to safety measures.” Mayembo is the owner of a three-story building being built in the capital. Because of COVID-19, work has been stopped on the building. “Construction materials became expensive, and I laid off all the workers, hoping to resume work when we are past this pandemic.” In the Republic of Congo, many people believe the pandemic is a hoax, and want to carry on with business as usual. In a creative approach to countering misinformation, UNICEF, the UN branch that oversees humanitarian aid to children, has publicized an initiative of boy scouts and girl guides. The young people have been campaigning in bigger towns of the Republic of Congo, sharing information about how residents can help stop the spread of COVID-19. Their message reaches approximately 500 people a day, according to UNICEF. The Republic of Congo reported 422 new cases on October 12.